KENOSHA -- It is a place inspired by honor -- bringing together men and women across generations. The American Heroes Cafe in Kenosha is creating life-long bonds.

The cafe is tucked away in the back of Festival Foods in Kenosha. It's a small cafe lofted inside the grocery store.

Every Friday morning, Carl Stanton and Fred Caracciolo meet at the cafe for donuts, coffee and conversation. 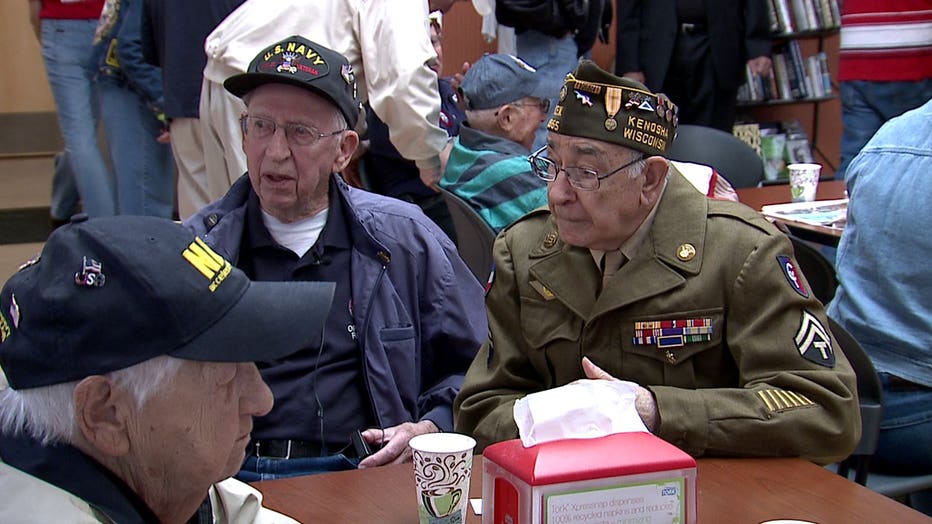 Stanton and Caracciolo were strangers just a few years ago.

"We got a lot of good camaraderie," Stanton, also a World War II veteran said.

They're now good friends, and they share an incredible bond.

"We were both in the Philippines at the same time...together...but not the same identical area," Stanton said. 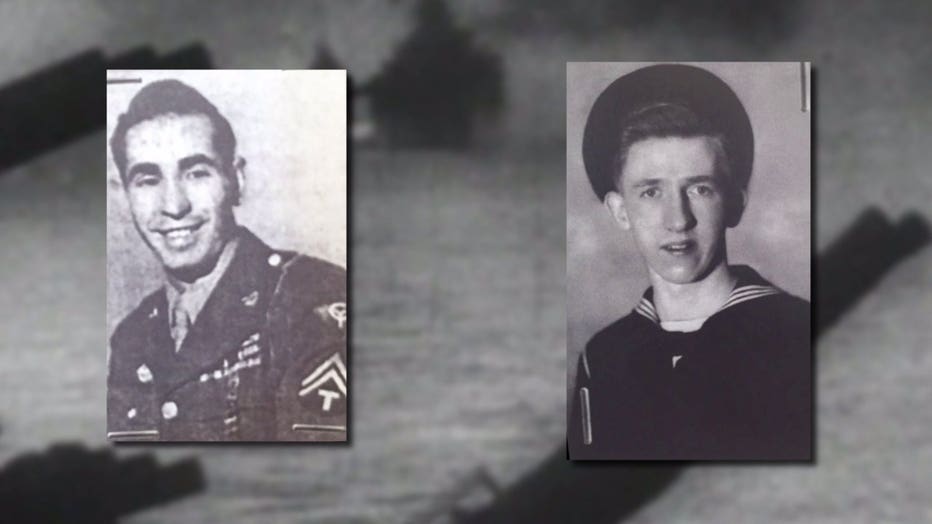 These veterans weren't brought together by chance.

"We needed to say thank you in a different way, in our own way," Mary Domes, co-founder of the American Heroes Cafe said.

"It has just blossomed into a wonderful, wonderful thing," Sharon Janusz, co-founder of the American Heroes Cafe said. 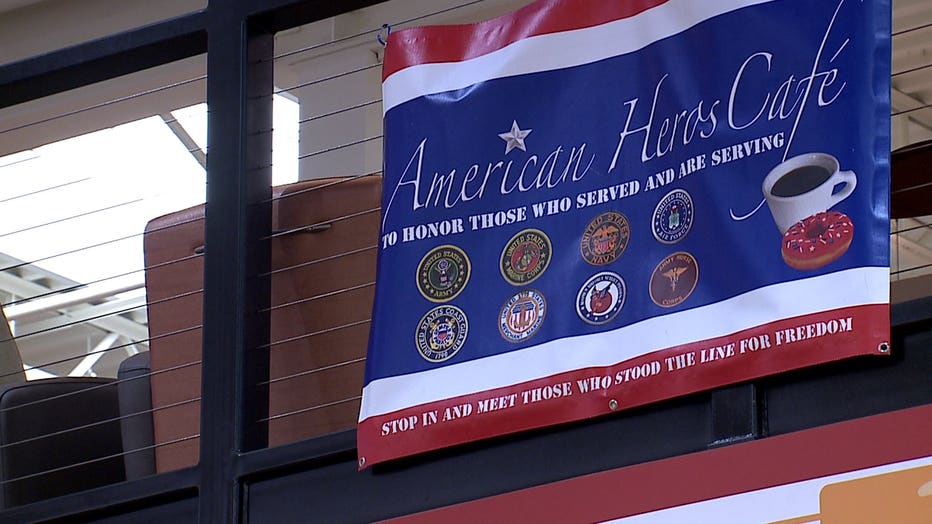 Domes' father is a veteran. She and Janusz took part in an Honor Flight years ago. Inspired by what they saw as veterans were flown out to visit their memorials in Washington, D.C., Domes and Janusz came together to create the American Heroes Cafe.

"Some people never talked about the war and now they`re here and they`re sharing those stories," Janusz said.

Many times, the American Heroes Cafe is filled with laughter and emotions. It has become a weekly ritual for more than 80 military veterans. 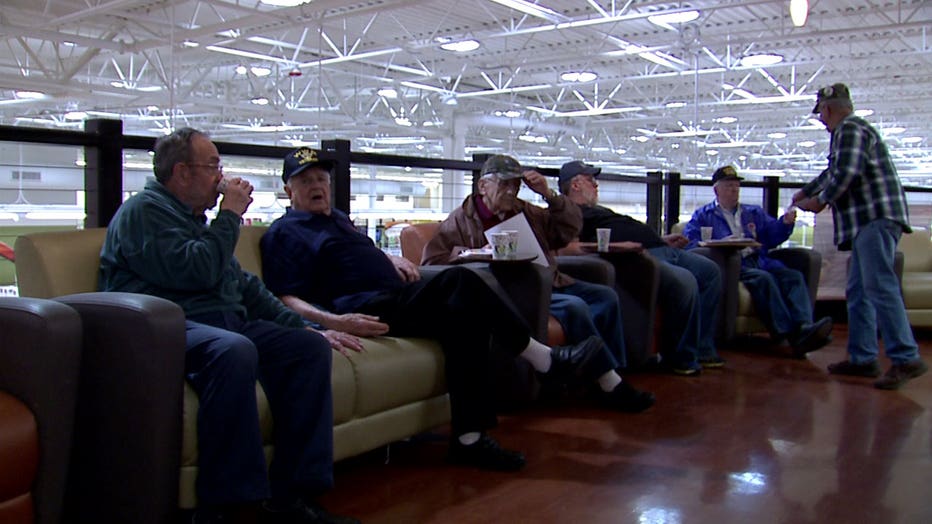 "This is what gets them out of the house during the week," Domes said.

"I like to reminisce and talk to the GIs," Caracciolo said.

Stanton and Caracciolo are two of a dozen WWII veterans who come to the cafe every week. They talk to one another -- sharing stories they may have never shared with others before.

"You came home, put your uniform in the closet and that`s where they stayed. You never celebrated. There was no celebration," Stanton said.

Stanton was just 17 years old when he fought in the Philippines.

"I spent all my time on the island as a radio operator," Stanton said.

Caracciolo also left high school early to fight for his country -- also in the Philippines.

These men saw the horrors of war at a very young age.

"You couldn`t believe it unless you saw it with your own eyes -- just terrible, unbelievable,"

War is never easy. Those who serve never forget their experiences.

"You have a better understanding of what they`re saying because they`ve gone through it," Stanton said. 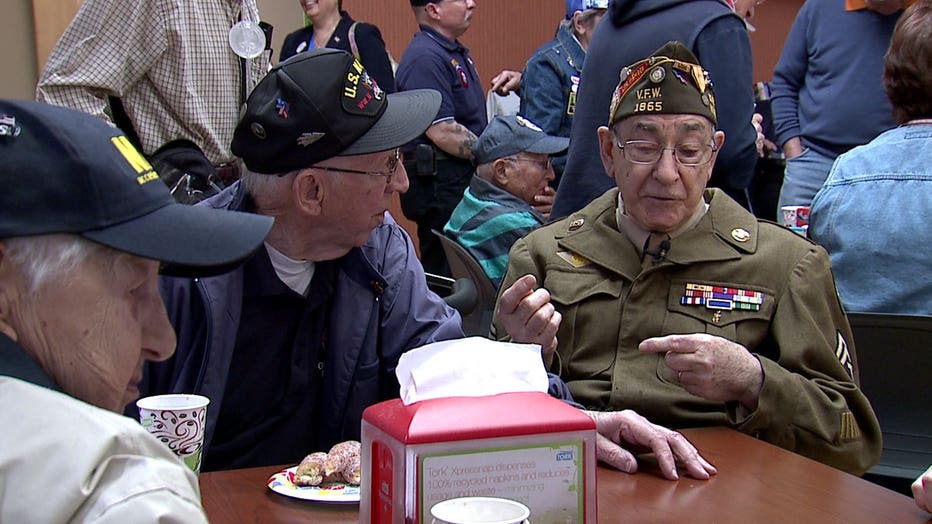 Those who have served their country know that they are strongest when they're together.

The American Heroes Cafe is bringing them together -- allowing them to share their memories with one another, and create new ones.

Men and women who were once strangers realize they have more in common than they may have thought -- and friendships are created.

The American Heroes Cafe is open every Friday morning at Festival Foods in Kenosha.

The cafe's founders are hopeful more just like it will open up across the area. 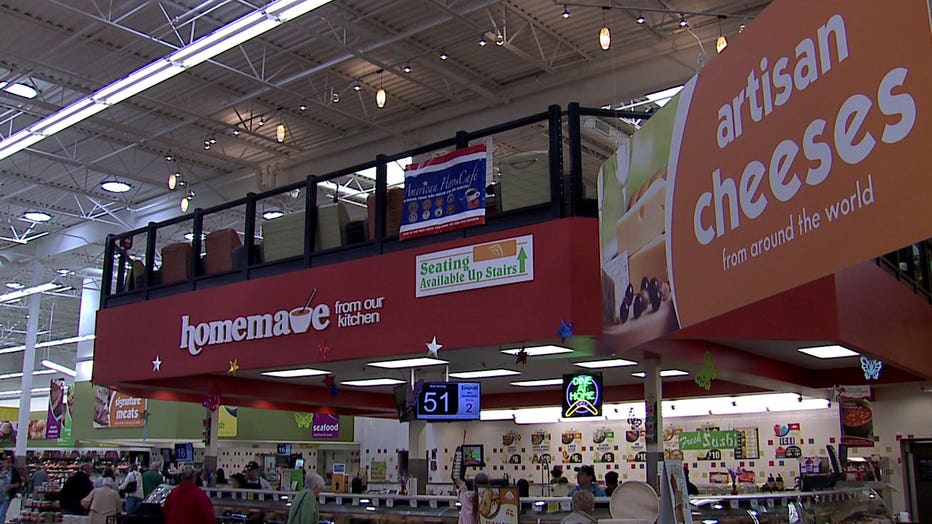 CLICK HERE to learn more about the American Heroes Cafe.