MENOMONEE FALLS -- Powder puff football: in the U.S. and Canada, they're flag or touch football games between girls from junior and senior classes in high school. The way they play at Menomonee Falls, goes beyond the game. 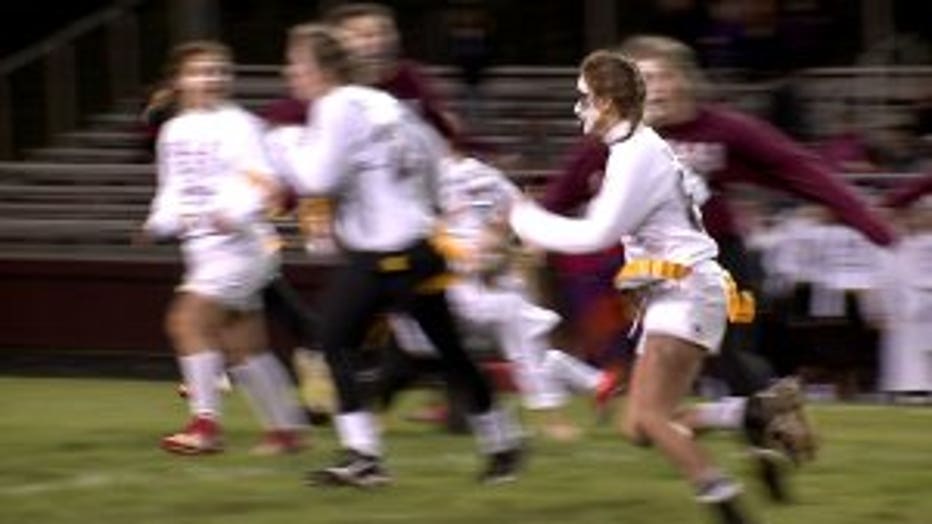 Welcome to the annual powder puff football game at Menomonee Falls High School between the junior and the seniors.

"But before the game we do shake hands and we do talk to each other. And we're still friends at the end; so that's all that counts," said Slayden. 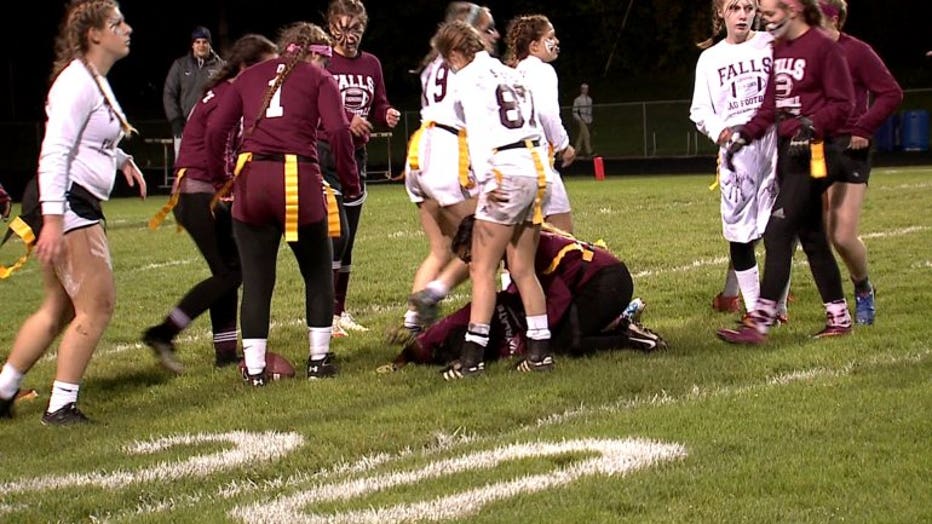 Maybe, but given the intensity with which these young ladies play - -it's really anything but powder puff! 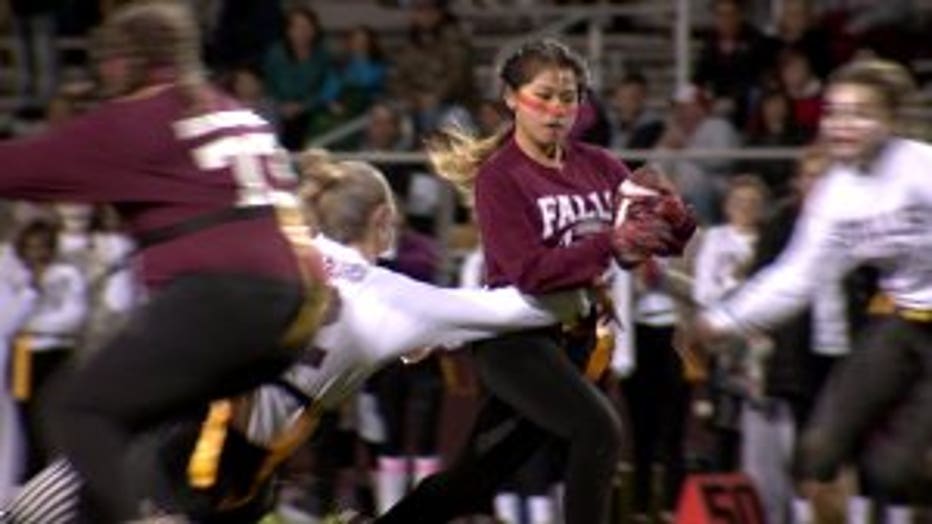 "It's crazy. Like I'm the quarterback, and it's just like this giant girls coming at me. Now I know how they feel on Friday nights. I give them a little credit," said a powder puff football player.

"It's intense. I play soccer year round, I'd have to say it's pretty close to that. It's still really fun. But everyone's really into it. It's a huge deal. I think we really all want it more than we really thought we all wanted it," said a powder puff football player.

Huge enough and serious enough to have the game officiated by the coaches of the Falls varsity football team.

"It's almost as if the guys are playing on Friday night! I'd take some of them girls the way they're playing tonight. They're playing pretty hard," said Dan Lutz, Menomonee Falls varsity football coach. 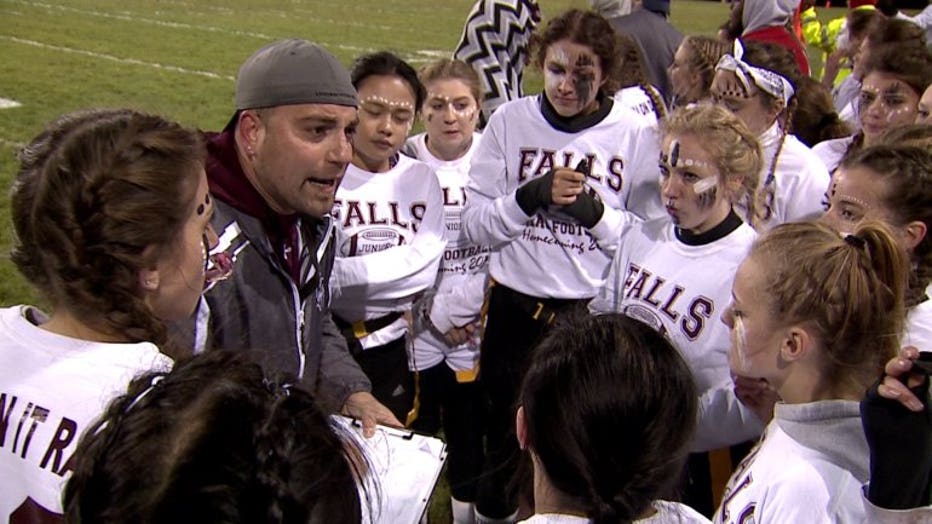 In a total role reversal, Varsity Coach Dan Lutz's players were cheerleaders for the ladies. 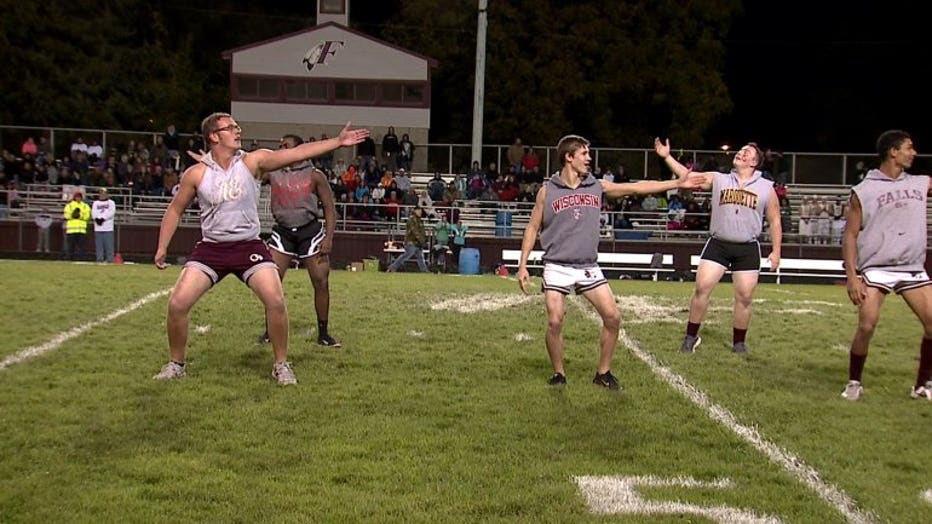 "We're both on the dance team and there's a few technique errors, but for the most part the choreography's pretty solid, the showmanship incredible. They seem to really get into it. This is the best part of their senior year. We love it," said a powder puff football player. 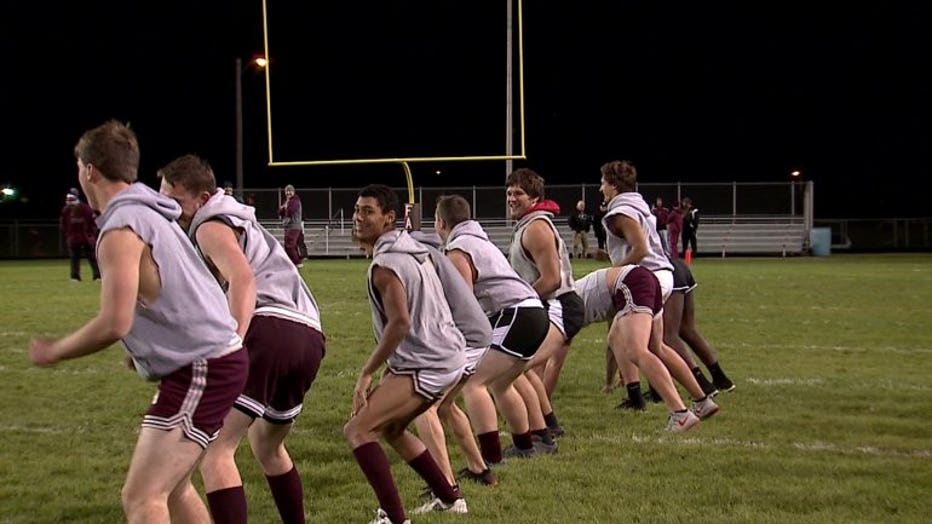 In the end, the seniors beat the juniors; it took an overtime field goal -- but everyone went away winners. 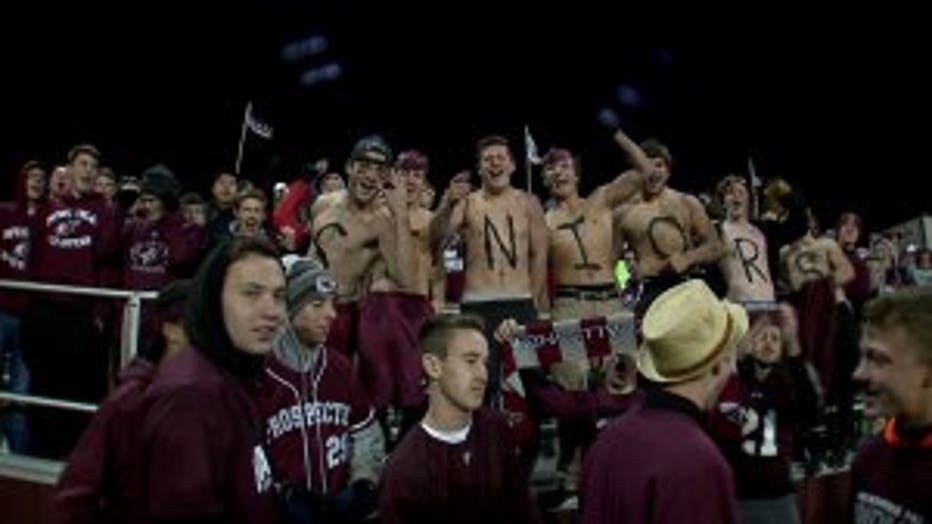 "Everybody comes out. Everybody marks their calendars. It's always Wednesday of Homecoming week, and the money that goes to the food pantry is important but the community building is even more important," said Menomonee Falls Athletic Director, Ryan Anderson.

The school and the community teamed up to raise over $1,900 and collected almost 1,200 non-perishable goods for the Falls Area Food Pantry.