Drivers should prepare for major congestion at downtown fireworks show

Drivers should prepare for major congestion at downtown fireworks show

MILWAUKEE -- It is a familiar sight in Milwaukee -- families and church groups are setting up tents and preparing to spend the night in Veterans Park for the U.S. Bank Fireworks Show. On Friday night, July 3rd the area will be packed with people. But getting there will likely be more difficult this year, thanks to the ongoing MCTS bus drivers strike expected to continue through 3:00 a.m. Saturday, July 4th.

It's never been more important to get to Veterans Park early for the fireworks.

"This right now is empty, but (Friday) it will be tent city," said Alan McGrath, who lives on Milwaukee's East Side.

Those headed down for the fireworks show will have to deal with the anticipated traffic and congestion along the lakefront made worse this year by the transit strike. 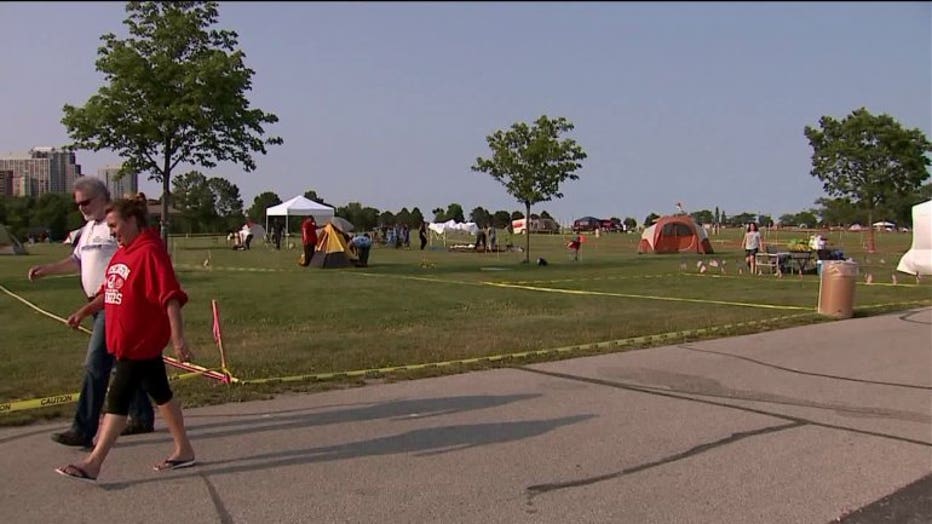 "I think it's gonna be a mess. Just all the traffic -- I've never seen so much traffic," McGrath said.

"Probably a lot of people won't be able to make it down here like they normally would," said Jae Taylor.

Taylor's family drove in from Milwaukee's northwest side. 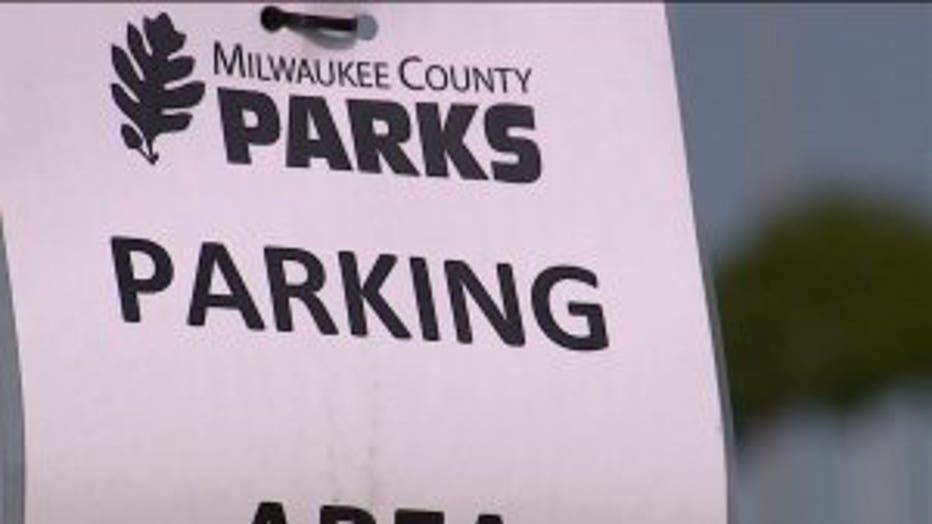 "With our family, if someone can't make it we'll make sure that they get here. There are a lot of families that aren't fortunate to have people that are able to pick them up," said Taylor.

July 3rd is one of the busiest transit days of the year in Milwaukee County, thanks to the U.S. Bank Fireworks Show and Summerfest.

Just off Lincoln Memorial Drive along Lagoon Road, a section of grass normally used by families to watch the fireworks has been marked off for 1,000 extra parking spots. Officials have opened that space up for parking as a result of the transit strike.

"We already did tell people that they need to get down here as early as possible (Friday)," said Jodi Stern.

Campers already set up won't have to worry about finding a parking spot, but they expect it will take a lot longer to get home after the big show.

"It's gonna be insane. It'll probably be a good couple hours before we get home," said Stern.

People this year are being advised to leave even earlier than usual. They're asked to carpool with others if possible -- or to walk, bike or take a cab.

For more information on the expected increased congestion and tips for drivers, CLICK HERE.

Can't make it down to Veterans Park on Friday night? You can watch the U.S. Bank Fireworks Show LIVE on FOX6!