MILWAUKEE —  They say there are plenty of fish in the sea, but when it comes to online romance, there are also some dangerous sharks. Romance scams have become a billion-dollar international epidemic, and victims may be unwittingly helping organized criminals launder their money.

Most crime victims go to the police for help, but not victims of a romantic fraud. They are often too embarrassed (or too invested in the fantasy) to talk about what's going on, and that can make it difficult -- if not impossible -- for family members to stop it.

Earlier this year, the daughter of a Milwaukee-area man came to the FOX6 Investigators, asking for help.

She said her father had been sending money to someone, likely overseas. He believed it was a young woman he'd fallen in love with online. The daughter was certain it was a scam, but the man -- who we are calling "John" -- did not want to talk about it.

"I don't want my name out there. Understand?" John said, when the FOX6 Investigators approached him outside his home in April. 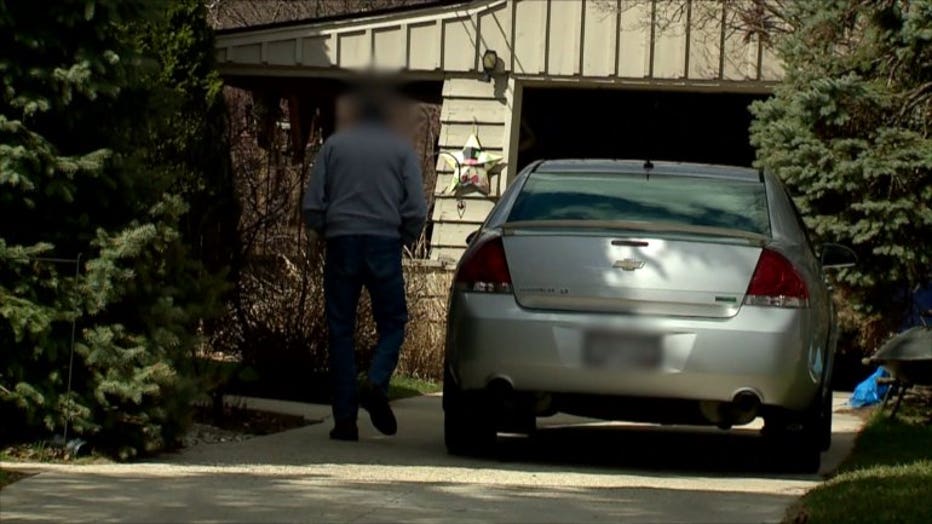 We've chosen not to identify the man we are referring to as 'John,' because he is likely the victim of a potentially embarrassing international scam

FOX6 News chose not to identify John because he is almost certainly the victim of a potentially embarrassing crime.

"Yeah, he's a victim," said John's wife. "But it victimizes our whole family, too."

For the past nine months, the 73-year-old United States Army veteran who served in Vietnam has refused to discuss his online "relationship" with a much younger woman named Ruth. John's family has tried, in vain, to convince him the woman whose pictures he's seen is not the person he's texting with. She might not even be a woman.

Two of John's daughters, his sister, his wife and his grandson came to FOX6 with an old cellphone full of text messages between John and a person identified only as "R" in the phone's contact list.

"Clearly, you guys don't believe the person on the other end of this is some young woman in love with your husband or your father?" asked FOX6 Investigator Bryan Polcyn.

"No!" the family members said in unison. 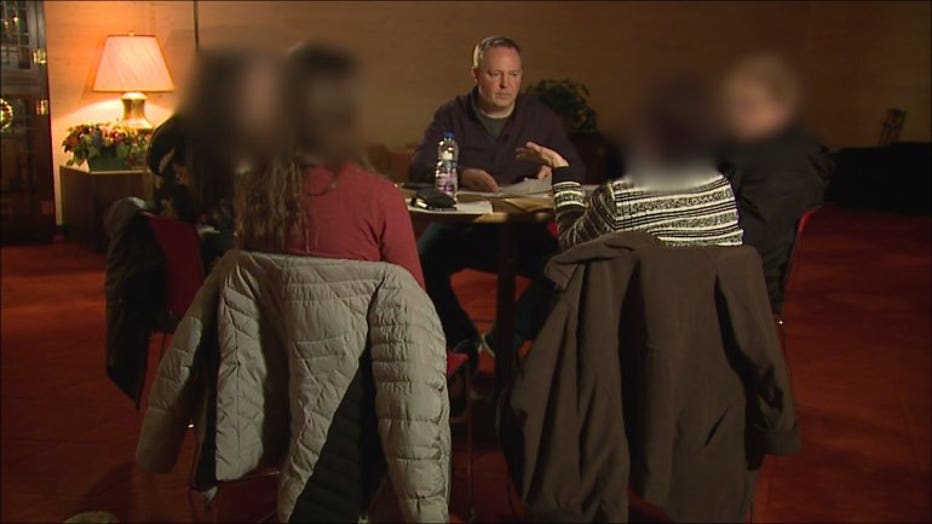 John's family came to the FOX6 Investigators because they don't know where else to turn. Police said they could not help if John would not cooperate and give a statement.

They said it all started not long after John took a special trip to Washington, D.C. in fall 2017, and then came home with pictures he wanted to share.

"He wanted to get back on Facebook, probably because he went on Honor Flight," John's sister said.

It was on Facebook where John was approached by a person who said her name was Ruth. In August  2018, John accidentally sent his daughter a message intended for Ruth. His daughter was angry and confronted her father. He told her to forget about it -- and not to tell her mother.

Soon after, John's daughter scoured his Facebook page and found one "friend" who didn't seem to belong.

"I saw a picture of 'Ruth Webb,' and it was a very sexual picture," she said.

What happened over the next year and a half has drained John's bank accounts and cost his loved ones more than a few sleepless nights.

"It's consuming us," his daughter said.

Of course, no one is taking the whole affair harder than his wife.

"Forty-nine years of marriage," she said, her eyes welling with tears. "I am done. I don't think I deserve this."

Earlier this year, his wife went to police, but they told her there was nothing they could do unless John would talk to them. 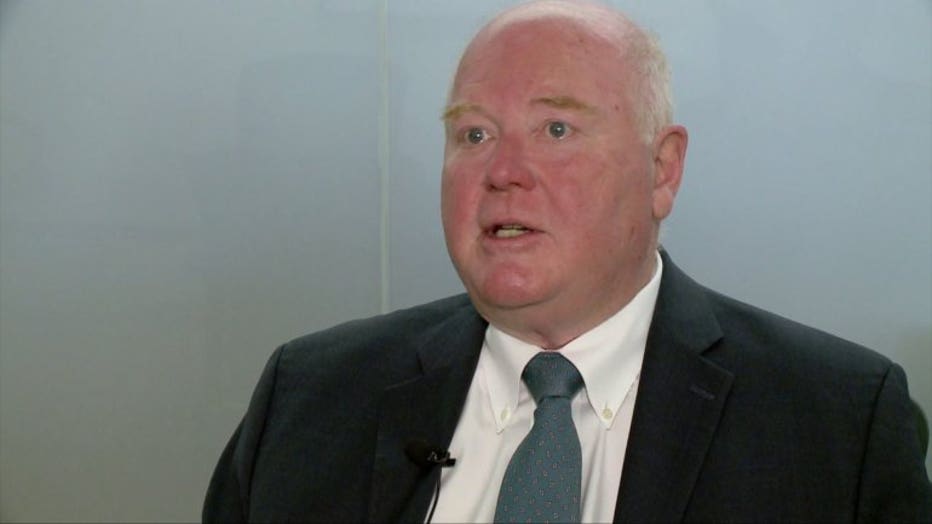 Steve Baker is former director of the Federal Trade Commission's Midwest region. He is currently a specialist in international investigations for the Better Business Bureau and author of 2 reports on romance fraud.

He wouldn't talk to the FOX6 Investigators either. He said he'd call us if he had any problems "down the road."

"It kind of raises the question, 'Can you be scammed if you're going along with it willingly?'" Polcyn asked John's family.

"Is that a scam?" his wife asked, rhetorically.

But John is not an unusual case. The vast majority of victims never come forward, according to Steve Baker, a specialist in international investigations for the Better Business Bureau.

"People are emotionally devastated, embarrassed and they don't want their families to know," Baker said.

Baker has authored a pair of reports the past two years about online romance scams and how victims can unwittingly be used as money mules to help the fraudsters launder the proceeds of their criminal enterprise.

At any given time, he says more than 25,000 fraudsters are communicating with victims in North America, and most of them are operating out of western Africa -- specifically, Nigeria. In the past three years, they have swindled lonely men and women in the U.S. and Canada out of nearly $1 billion, and those are just the ones we know about.

"I almost guarantee there is somebody in all of our lives, or your listeners' lives, who have been affected," Baker said.

He believes John's case is textbook.

"They spend months building a relationship and trust with these people," Baker said. 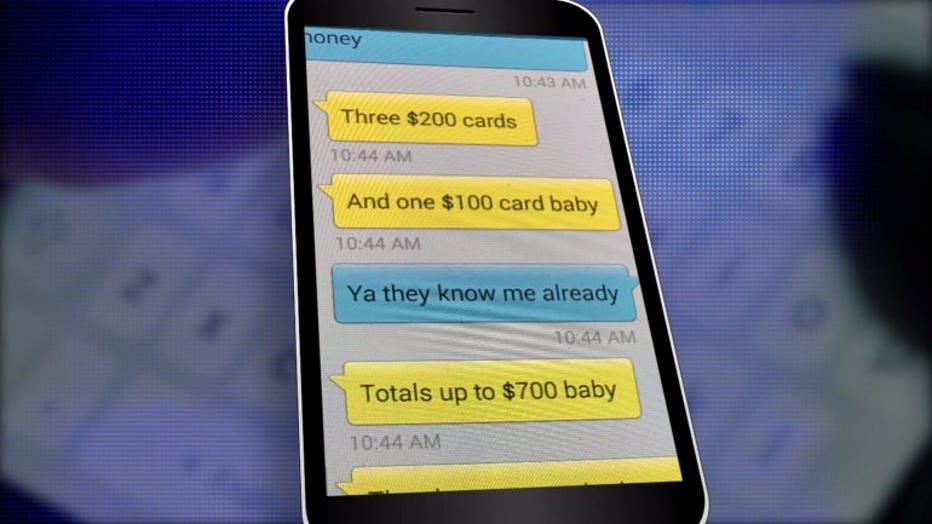 Text messages obtained by the family show the person claiming to be 'Ruth' routinely asked John for money to pay for medical bills, shoes, a cell phone and more. She instructed him to get gift cards. The BBB says the money from those cards can be tra

It starts with flattery, then affection, then devotion. Eventually, once the victim has been sufficiently groomed, Baker says the scammers will start asking for money.

"And if you are in love, you will do almost anything for someone," Baker said.

Text messages obtained by the family showed "Ruth" repeatedly asking John for money -- $150 for medication, $300 for a phone, $650 for dress shoes and a laptop computer.

"They got him good," his grandson said.

On Aug. 26, 2018, Ruth asked for $700 to get hospital treatment of her migraine headaches. John questioned how she could possibly know the cost up front, since that's not how American hospitals work (and Ruth said she was getting help at "Medical City Dallas Hospital"). In spite of his reservations, when Ruth instructed John to get three $200 gift cards and one $100 card (for a total of $700), he complied. She thanked him, calling him "baby," and told him she loves him.

Actually, John did complain to his online lover from time to time, once writing that he was "getting despondent" over the relentless demand for money, but then, Ruth would send sexually-explicit photos (which turned out to be stolen from other sites on the internet), love poems, or assurances that one day, they will be together.

"They're giving him the attention that he wants," John's daughter said. "He's lonely. He's bored. Hee's got nothing but time on his hands."

"They take a lot of money," Polcyn said.

That's bad enough, but his family said they feared he was still sending money to Ruth -- a lover who does not exist.

"They really want to believe so bad they have fallen in love," Baker said.

His family still doesn't know how to stop it.

Once a victim is out of money, Baker said scammers often use them as "money mules" instead.  The scammer sends real money to the victim, with instructions to send it on to others. It's a way for the criminals to launder money while also convincing victims they're going to eventually get paid back.

On May 3, John told his family he was expecting a check for $60,000. A U.S. Postal Inspector said that could be an indicator that John is about to become an unwitting participant in a crime, but the check never arrived.

Baker said local law enforcement agencies could do more to protect victims from romance fraud by doing more training, but he said there are already things you can do if you believe a loved one has fallen victim to an online romance scam.