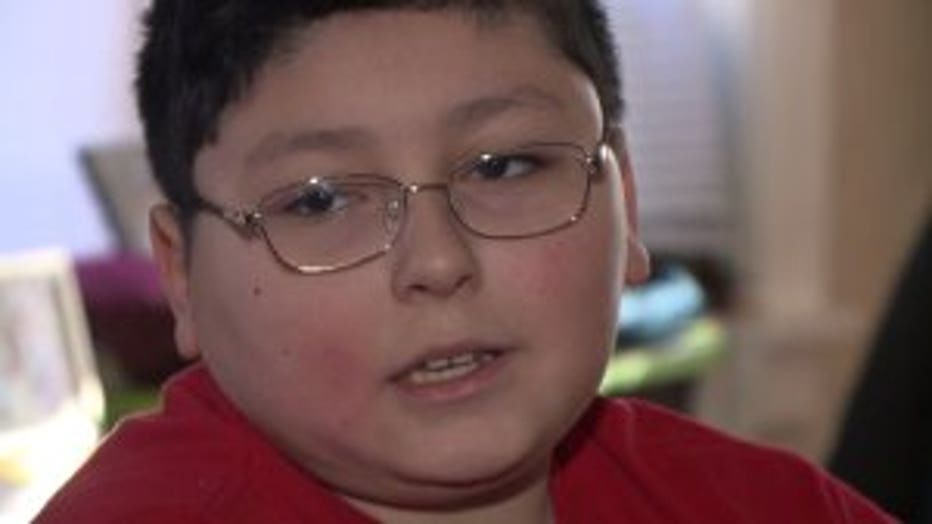 MILWAUKEE -- A 12-year-old boy struck by a stray bullet was home and healing on Thursday, Dec. 6. The boy was sleeping in his bedroom when the bullet entered his apartment near 24th and National on Tuesday, Dec. 4.

"I was half asleep and all I felt was the pain," said Isaiah Acosta.

The pain was so intense early Tuesday morning, the boy yelled for his grandmother in the next room.

"He said, 'my foot is hurting,'" said Acosta's grandmother.

The 12-year-old was rushed to the hospital, where doctors discovered a bullet lodged in his right foot. 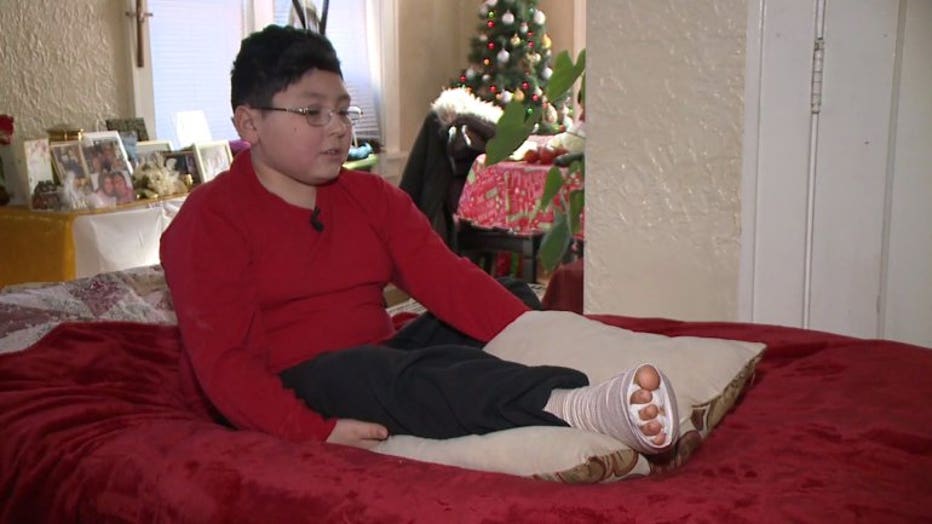 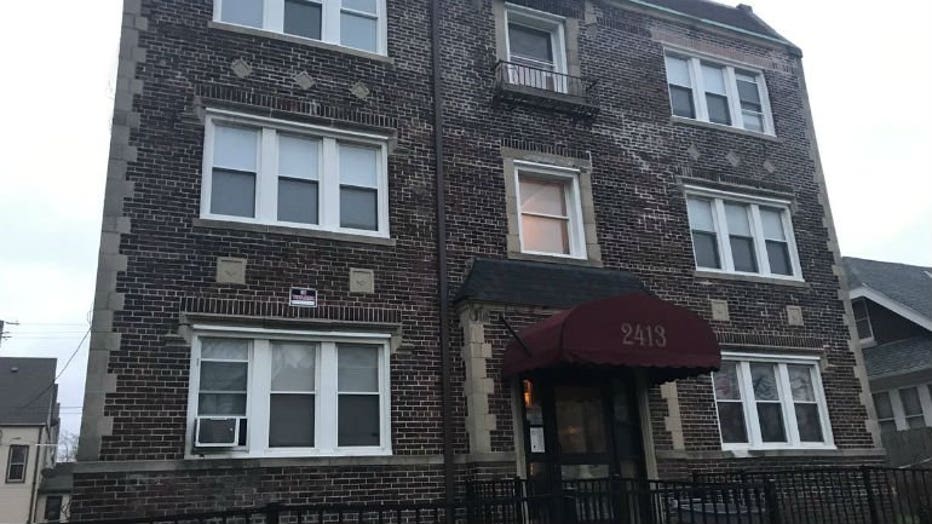 "I would not expect getting shot," said Acosta.

Acosta said he didn't even hear the gunshot.

"I mainly was starting to question -- where did the bullet come from?" said Acosta. 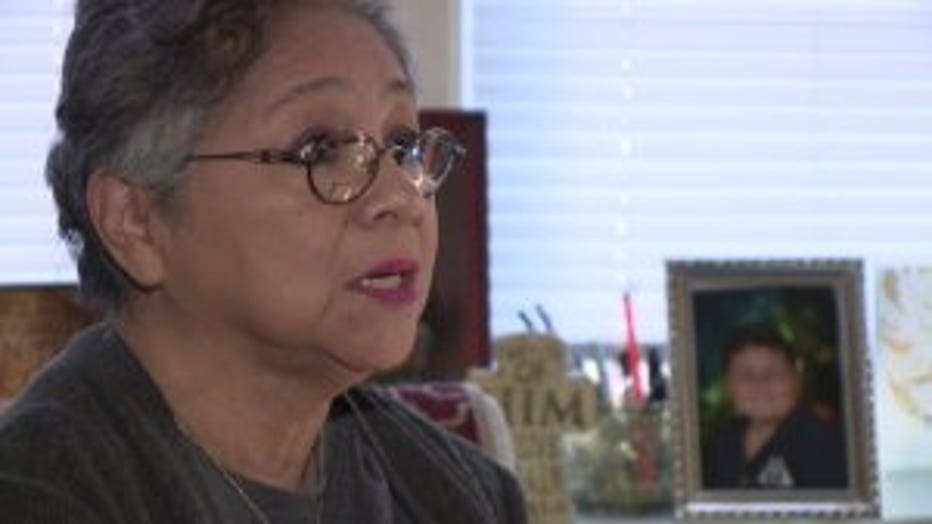 The family said the gunfire came from an upstairs unit in the apartment building. The stray bullet traveled down through the ceiling and into Acosta's foot.

"If it was angled anywhere else, it would have hit my leg or somewhere else," said Acosta.

His grandmother said she's fully aware "somewhere else" could've meant tragedy. On Nov. 19, 13-year-old Sandra Parks died when she was hit by a stray bullet in her home near 13th and Hopkins.

"It's very hard. I get really emotional," said Acosta's grandmother.

She said her grandson's strength after this incident was inspiring her. 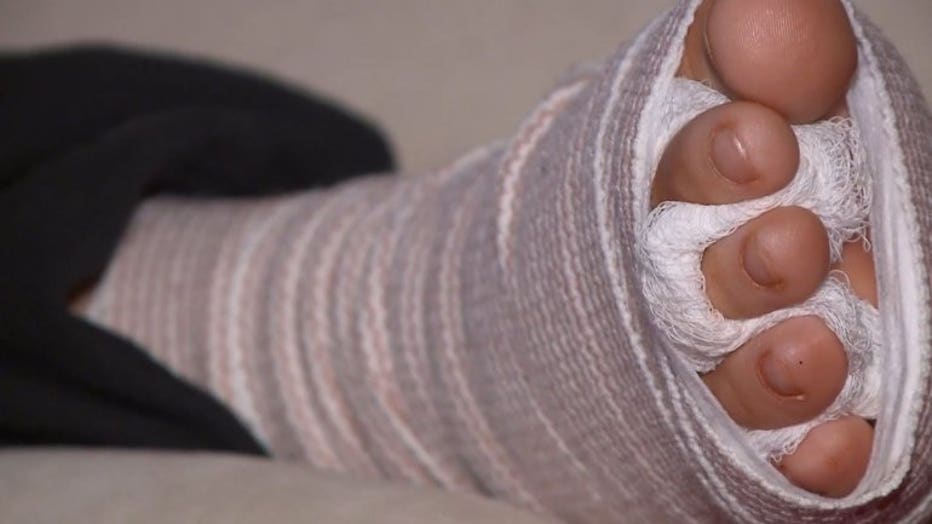 "It's just been a miracle -- the way everything happened. Seriously," she said.

Thursday night, another miracle came. Acosta was given a laptop and gift card for his strength. 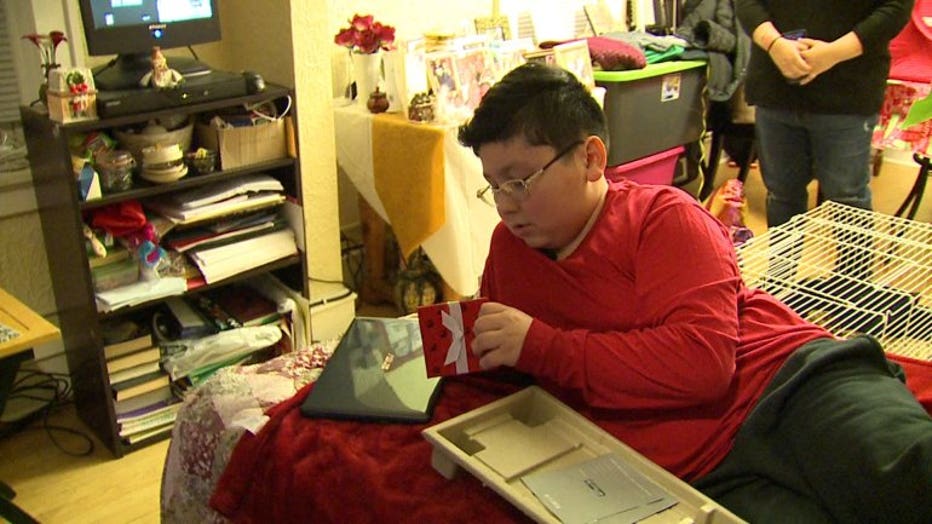 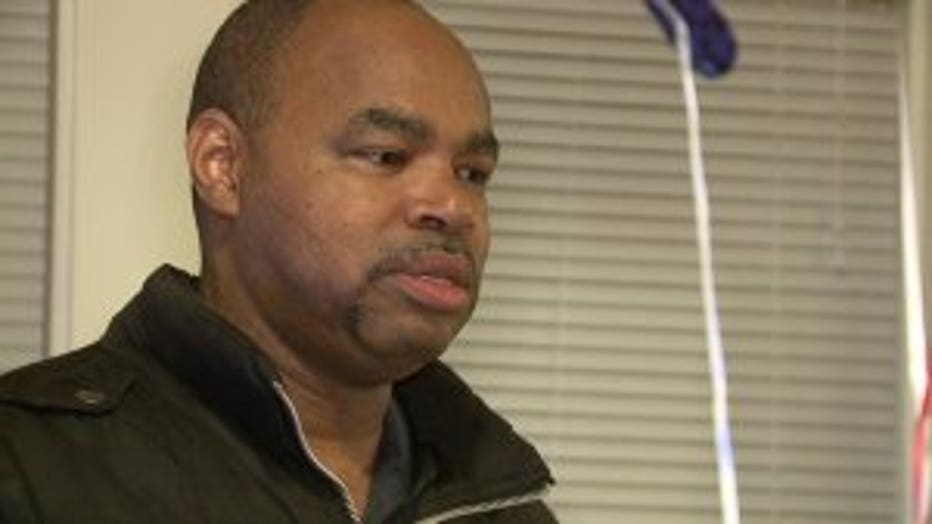 "A lot of people have been hoping that I've been OK," said Acosta. 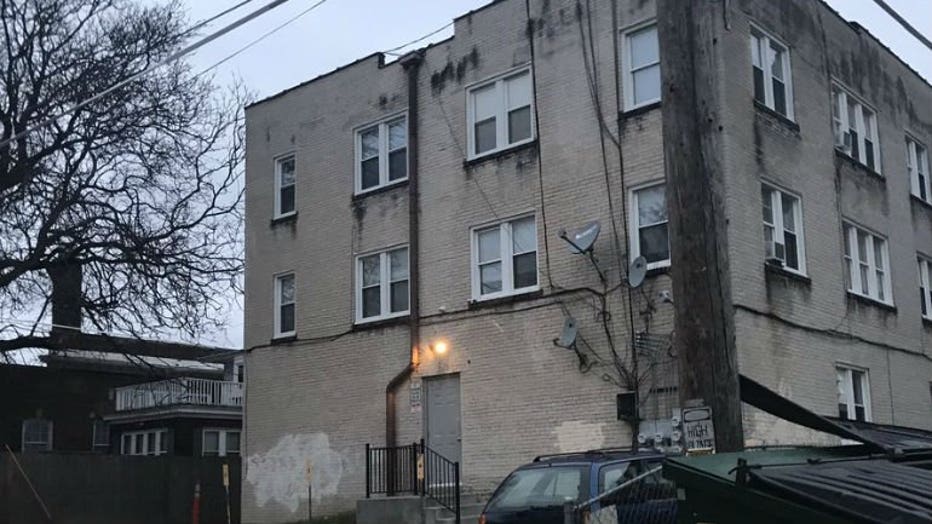 Police said Thursday two "persons of interest" had been taken into custody in connection with this shooting. Acosta said he was looking forward to getting back to school, where he's involved in extracurricular activities.