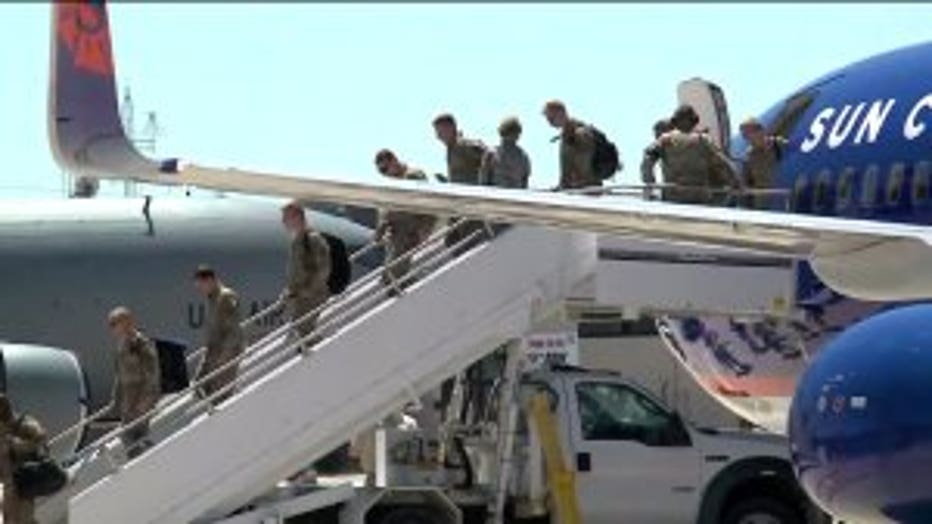 MILWAUKEE -- More than 350 Wisconsin Army National Guard soldiers from the 1st Battalion, 121st Field Artillery were welcomed home on Thursday, May 23 at the 128th Air Refueling Wing in Milwaukee.

This Milwaukee-based unit left Wisconsin in July 2018 -- and headed to the Middle East. They arrived back on U.S. soil earlier in May -- and were greeted by family and friends the moment they stepped off the plane.

"Getting an actual hug -- it feels good. It's been a long time," said Nicholas Rinaldi, U.S. Army. 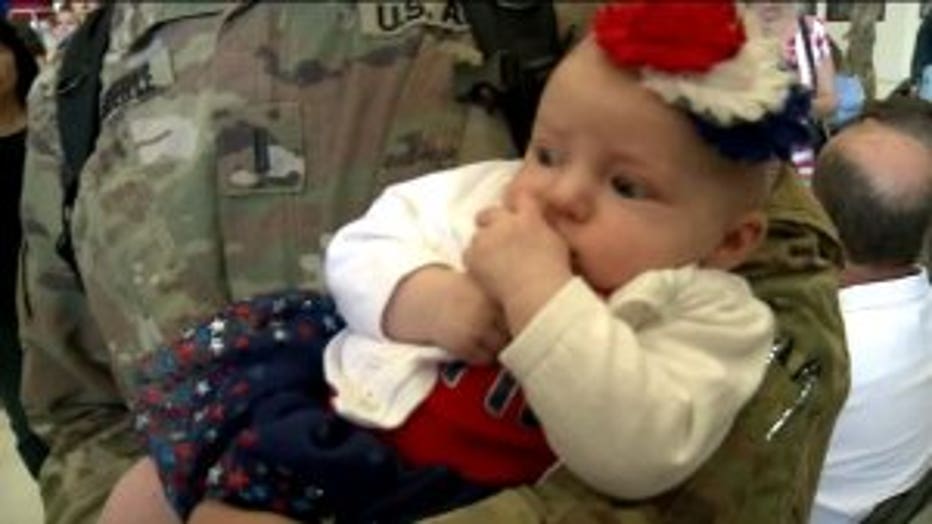 "This is my niece. She was born while I was overseas," said Trent Manderle, U.S. Army.

The soldiers spent nine months deployed in the Middle East -- between six different nations. The unit conducted high-mobility artillery rocket system (HIMARS) fire support missions for coalition and partners in the region. Governor Tony Evers was among the first to welcome them back to Wisconsin.

"A hardy welcome home and thanks for your bravery and mission well done," said the governor.

The soldiers were thanked for their service, but emotions took over the second they stepped foot off the plane.

"It's a great feeling. I don't know how to explain it. It's just emotional right now."

"I saw it as we were walking in and I was like, 'Oh God.' It just makes sense for my family," said Blake Nikolai, U.S. Army.

Others reunited with their children.

"It's a great feeling. I don't know how to explain it. It's just emotional right now," said Katie Rinaldi, whose husband just returned home.

"...it's going to be nice to be with family for a little while."

"Everyone did such great work overseas and really proud of everything that everyone did. But it's going to be nice to be with family for a little while," said Nicholas Rinaldi, U.S. Army.

Thursday's mission for all of the troops was to spend time with the ones they love.

There would be more homecoming ceremonies on Friday -- for the rest of the unit -- only open to family and friends.