The driver and another female were trying to get away after allegedly robbing a Woodman's grocery store. Thankfully, the innocent bystanders were able to escape their path without injuries. But as it turns out, there was a little child who was taken along for the ride.

Wearing a grey sweatshirt and black baseball cap, a robbery suspect leads the way as another female follows behind. The pair loaded carts full of groceries and in the midst of the stolen goods -- was a baby. 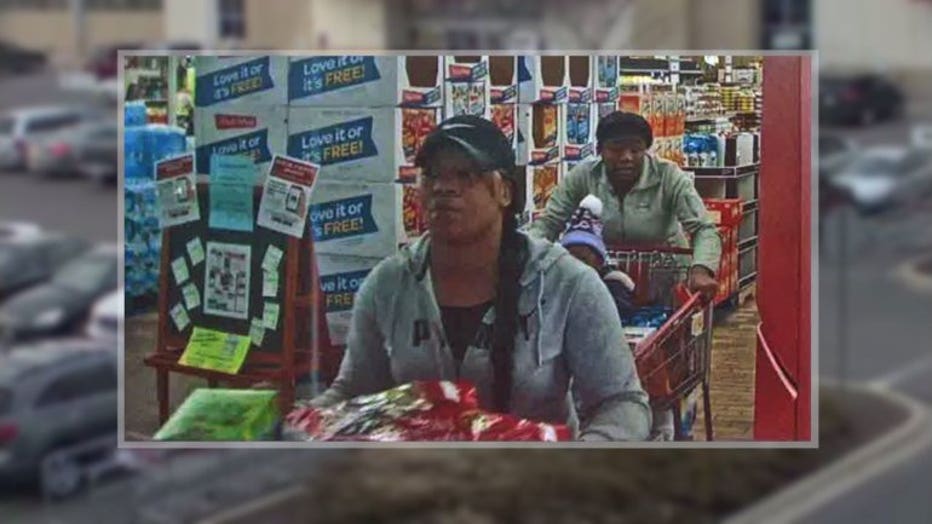 "That is definitely even more extreme," a Woodman's employee said.

Surveillance video from Woodman's show both suspects making their way to a grey 2000 Nissan Maxima in the parking lot and quickly emptying carts. But just as they are hopping into the car -- employees approach. The driver throws the car in reverse with no regard for the people in the busy parking lot-- backing up and striking an employee. As he is hit, a woman is seen snatching her child out of harm's way. 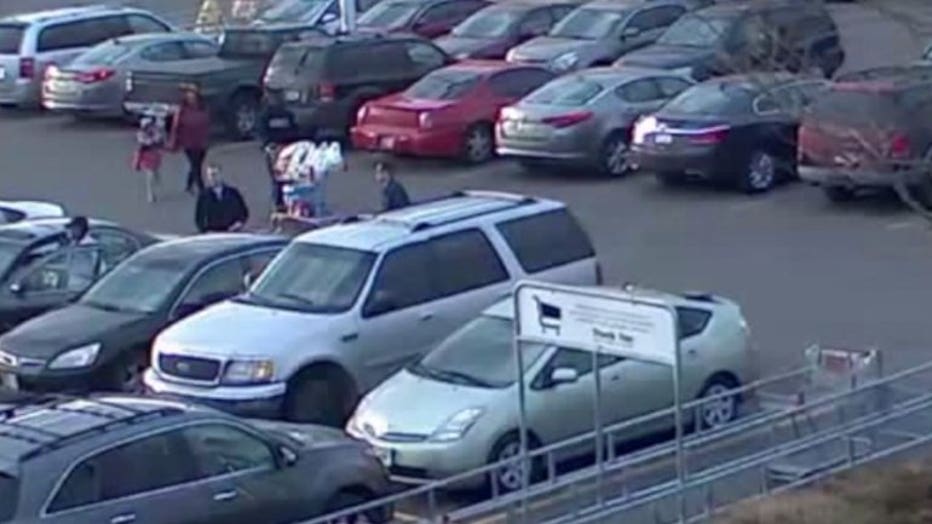 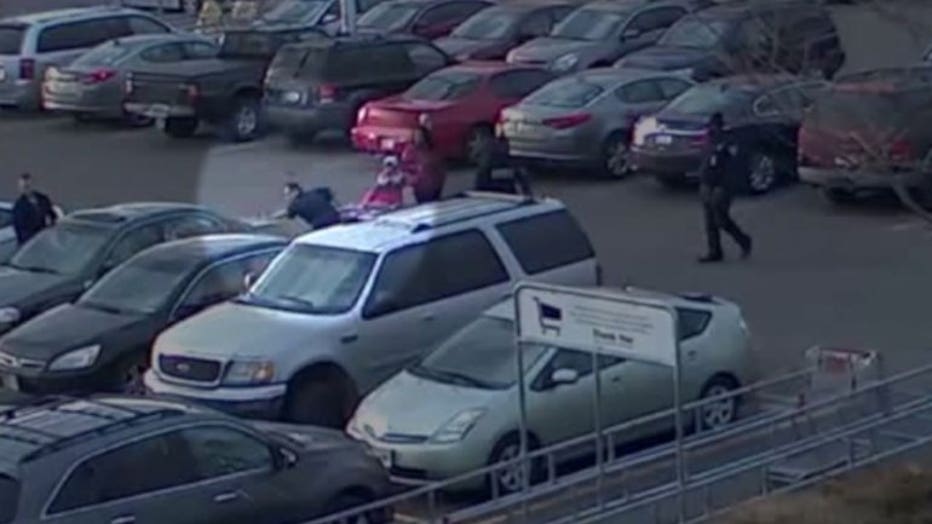 "What if the child got hurt just because somebody wanted to steal something?" a Woodman's employee asked. 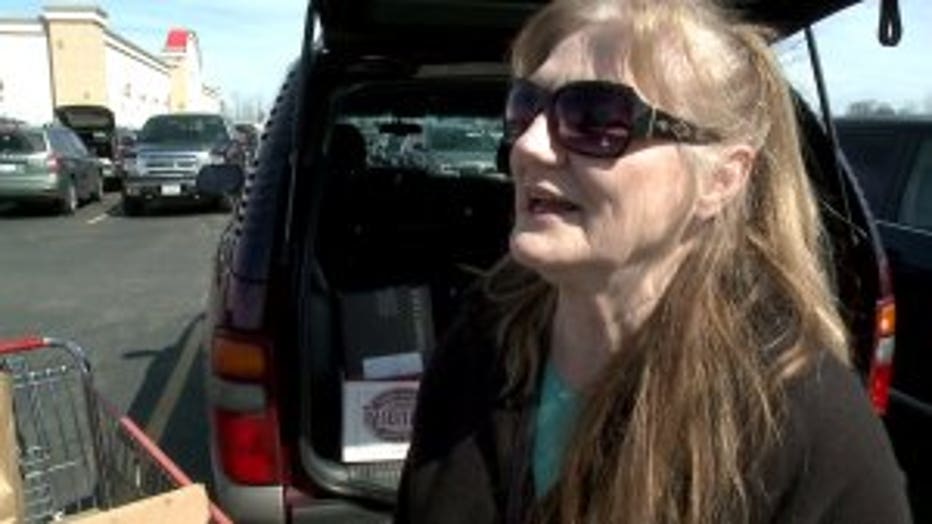 The reckless actions of these suspected thieves has customers thankful the situation wasn't worst.

"It's just not acceptable," a Woodman's employee said.

"They could have got hurt too. I think its horrible," Connie Bode said. "It's awful."

Lutz said she's glad those innocent bystanders acted quickly. "It's scary nowadays. You have to watch out for who's around you and what's going on around you," Lutz said.

Now police want you to watch out for the two suspects and if you recognize them -- give police a call so they can pay for their crime. 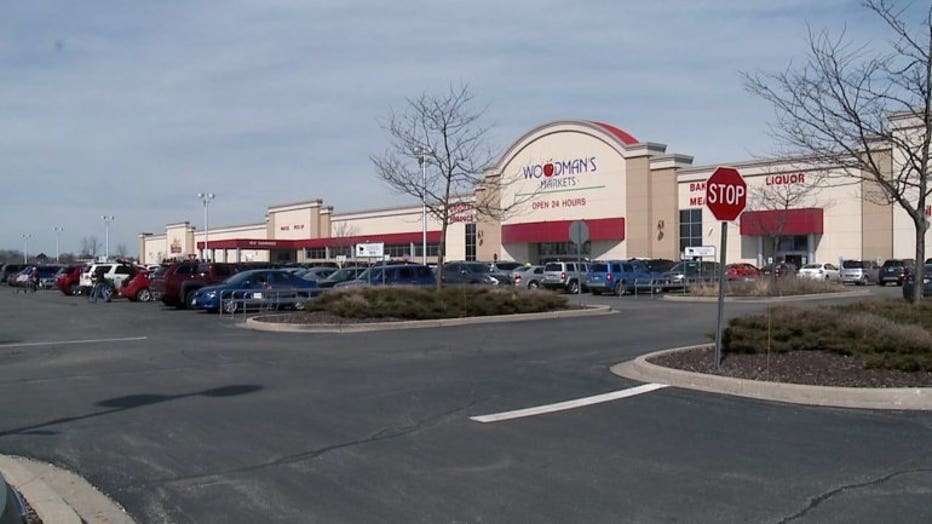 "How can you do this?" Lutz asked. "How does your heart feel toward that? You're so guilty...it's wrong."

Police say the registered owner of the vehicle has been contacted and he is not cooperating with the investigation.