Working remotely can save thousands per year, career site finds

The average worker can save almost $5,000 a year just by not driving into the office anymore.

Spain announced this week that the country will be launching an experimental four-day workweek.

According to the Guardian, Más País — a left-wing political party — initially proposed the idea to the Spanish government, which agreed to test out the assertion that people can get the same amount of work done in just four days.

"With the four-day work week (32 hours), we’re launching into the real debate of our times," said Iñigo Errejón of Más País on Twitter, according to the Guardian. "It’s an idea whose time has come." 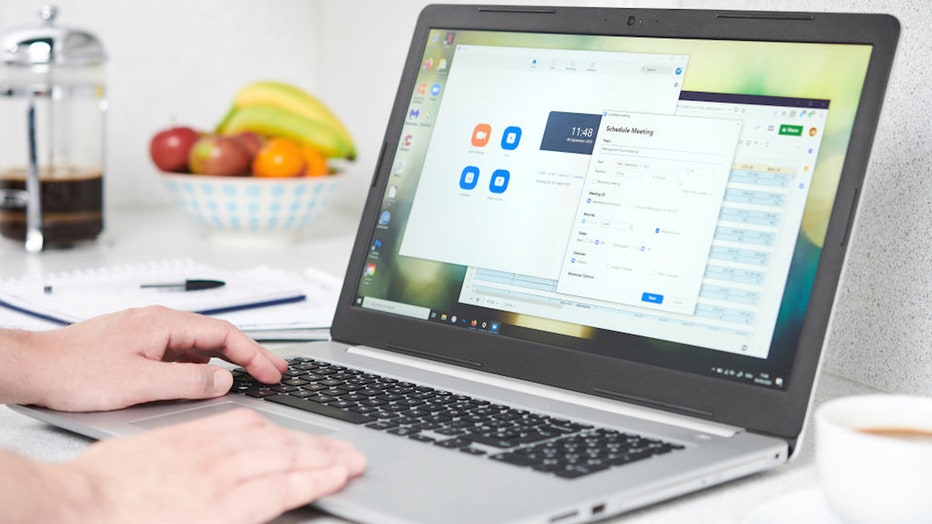 FILE - Detail of a home office setup on a kitchen worktop, including a laptop computer with Zoom video conferencing software, taken on Sept. 9, 2020.

A person who is familiar with the process told the Guardian that the pilot program still needs tweaks and final approval from the companies that wish to participate, as well as the Spanish government.

To entice employers to join the pilot program, the government will agree to make up the difference in salary once employees switch to a four-day workweek, according to Spanish media outlets.

"With these figures, we calculate that we could have around 200 companies participate, with a total of anywhere from 3,000 to 6,000 workers," Héctor Tejero of Más País told the Guardian. "The only red lines are that we want to see a true reduction of working hours and no loss of salary or jobs."

The idea to reduce the amount of days people spend working is slowly gaining traction, especially amid the COVID-19 pandemic, as more and more people are adjusting to life working from home.

In May of 2020, New Zealand Prime Minister Jacinda Ardern teased the idea of the four-day workweek to encourage domestic travel and boost one of the country’s main sources of revenue, which is tourism, according to NPR.

"How can we support New Zealanders to make the most of traveling around the country?" the prime minister said in a Facebook Live she streamed in May of 2020. "Some have been saying, 'Well, if they had a bit more flexibility in terms of their travel and their leave they might be ought to do that.' I've heard lots of people suggesting we should have a four-day week."

In Finland, before she became prime minister, Sanna Marin also floated the idea of a flexible six-hour, four-day workweek in January of 2020, stating she believed "people deserve to spend more time with their families."

"I believe people deserve to spend more time with their families, loved ones, hobbies and other aspects of life, such as culture. This could be the next step for us in working life," Marin said, according to Forbes.

An April 2020 report in The Atlantic found several companies that successfully managed to switch to shorter workweeks and shorter hours without losing productivity or revenue.

RELATED: US unemployment claims rise to 770,000 with layoffs still high

"At Pursuit Marketing, a call center in Glasgow, Scotland, productivity went up 40 percent after the company implemented a four-day week, and annual staff turnover has dropped to an unheard-of 2 percent," according to The Atlantic.

"Revenues at Woowa Brothers, a South Korean online delivery company, have increased more than tenfold since it cut working hours in 2015; even though it’s a start-up, it now competes with giants like Samsung for engineering talent," The Atlantic continued.

Wildbit, a Philadelphia-based software company, launched their four-day workweek experiment over three years ago and never looked back. The company curated a schedule and optimized resources for their employees to be just as productive during a 32-hour workweek as opposed to more than 40-hour workweeks.

Wildbit said it was in constant communication with staff to see what worked and what did not, what caused distractions and what boosted productivity.

"Something magical happens when you consciously choose tasks and create space for uninterrupted work — more gets done," according to a Wildbit December 2020 blog. "Not only do we get more work done now, but we also do better work. Your brain gets to recharge when there’s a consistent three-day rest period. Since problems marinate in our minds over the weekend, we usually come in on Monday morning with an idea of how to solve it."

While the idea of less time spent working may seem counterintuitive, especially during an economic crisis caused by a deadly pandemic, the importance of work/life balance and mental health are being pushed to the forefront.

"Clearly the way that we work is making people stressed, burned out, overworked and causing massive workplace and mental health issues," Joe Ryle of the 4 Day Week Campaign told the Guardian. "The four-day week would be good for the economy, good for workers and good for the environment. What’s not to like about it?"