MILWAUKEE -- The most meaningful gifts don't come under a tree. All one family wanted was a roof over their heads and a safe home for their son. In desperation, they reached out to Contact 6. 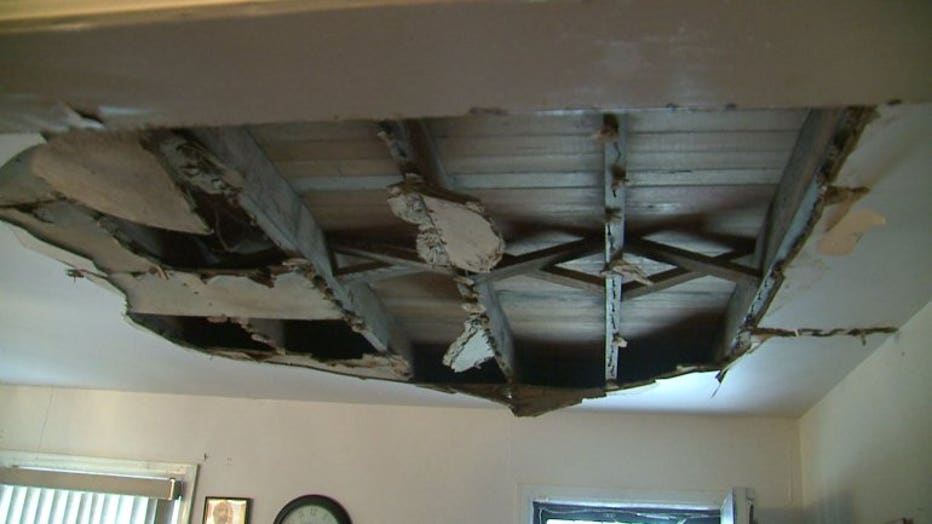 It was an actual nightmare before Christmas for Audrey and Kelvin Burch near 49th Street and Villard Avenue, with water damage in every room, along the stairs, and in the halls. 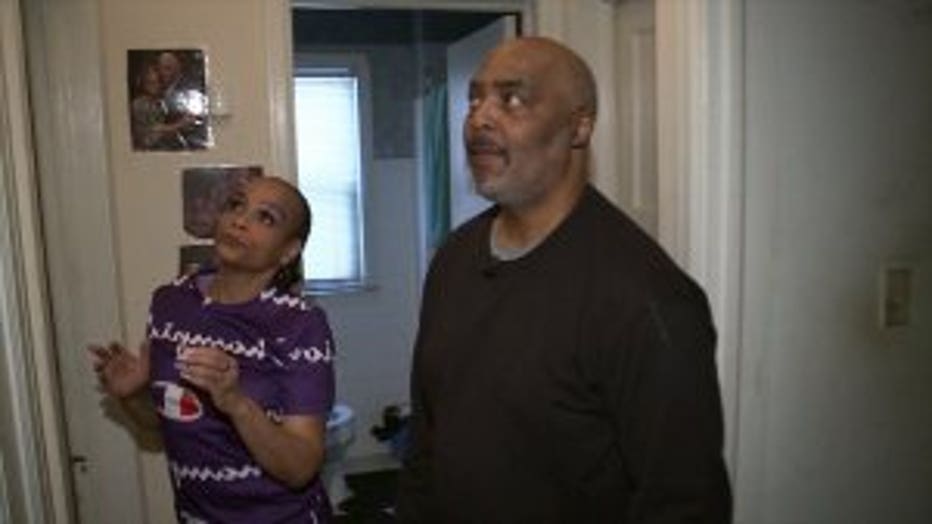 Burch was asleep on the couch when her living room ceiling caved in.

Another ceiling upstairs also collapsed. You could smell the mold coming from her son's bedroom.

"This is really dangerous, and now, we got heat on, and now, we're losing our heat," Burch said.  "It's cold in my house."

In August 2019, Burch and her husband hired a Christian man, Lyle Shumpert, to replace their roof.

"We met him through another friend," Burch said. "They were singing in the gospel group, so that's how we met Brother Lyle."

They gave him $4,200 upfront, but tearing the shingles off the roof was the only work Brother Lyle ever did. 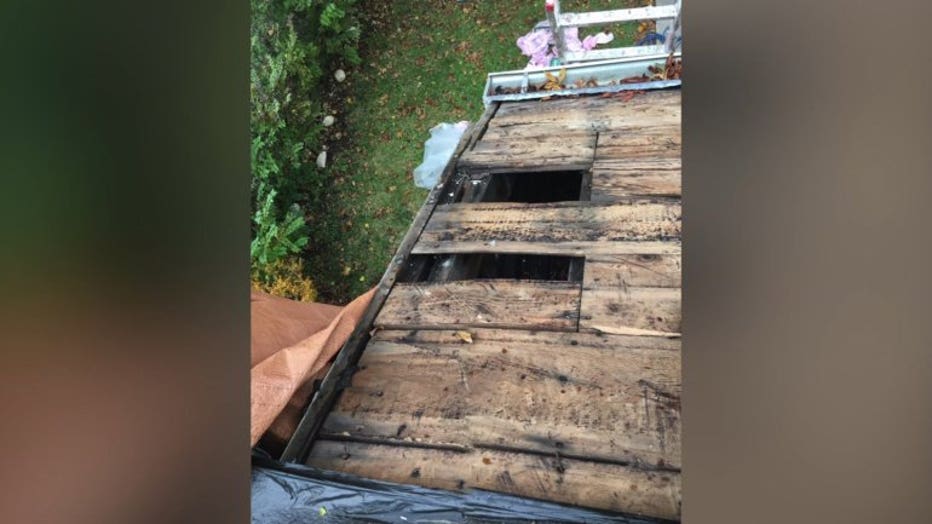 "He told my husband he was coming back," Burch said. "He was gonna come back, but never showed up."

Shumpert wasn't there, but people there called up a friend of his.

Twenty minutes later, Shumpert called Contact 6. Shumpert told Contact 6 his van was stolen with all of the Burches' materials inside, and that's why he didn't finish the job.

When Contact 6 reminded him of the contract, Shumpert said he will complete the work, but said the Burches were angry, and just want to "bring him down," and he can't provide a refund.

Our producer spotted Shumpert out in Milwaukee and Shumpert told him he would talk to Contact 6 on Thursday. 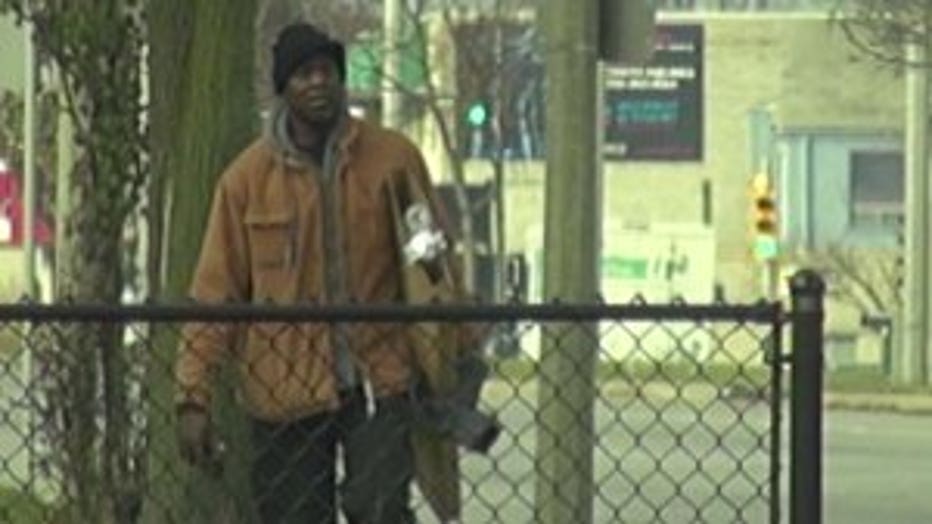 But someone else answered the Burches' prayers when Contact 6 reached out to Revitalize Milwaukee.

"Our whole purpose is really trying to help people stay in their homes, and age in place, and we do that by providing free home repairs in mostly really catastrophic situations," Lynnea Katz-Petted with Revitalize Milwaukee said.

Friends from the couple's church nailed down shingles to stop the rain, so the most recent focus was the inside.

The experts were quick to declare the conditions an emergency. 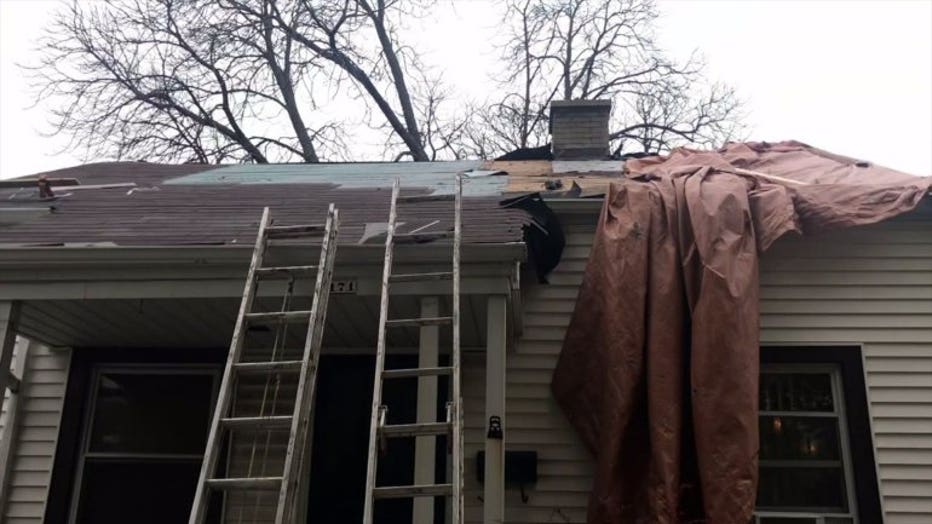 Immediate plans were made to fix the ceilings and rid the home of dangerous mold -- at no cost to the Burches.

"I am so overwhelmed," Burch said. "I really appreciate you because you didn't give up on us."

Revitalize Milwaukee will be back in the spring to do more work.

Now, what about Lyle Shumpert? The Burches have filed a small claims case, but it appears Shumpert is avoiding being served.