Picking up after tornado damage

Picking up after tornado damage

CHETEK -- Governor Scott Walker on Wednesday afternoon, May 17th toured the damage after a deadly tornado near Chetek Tuesday -- and the governor declared a State of Emergency. One person was killed, and 25 were hurt, and the damage is significant. The National Weather Service said this was a strong EF2 tornado, with winds up to 130 miles-per-hour.

The twister was among up to 29 that were reportedly spawned by powerful storms that raced through a swath of the central U.S. stretching from Texas to the Great Lakes on Tuesday evening, destroying dozens of homes, killing two people (including the man killed near Chetek), and injuring dozens of others. 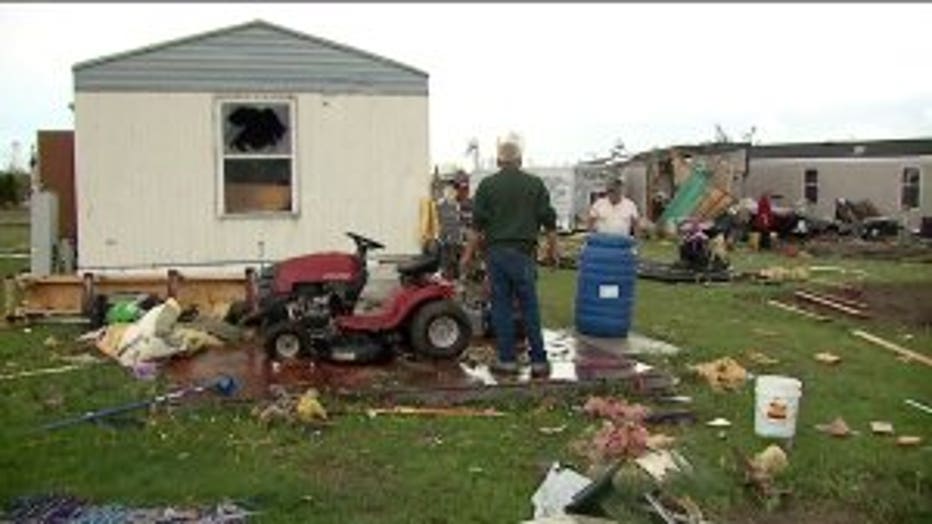 Just north of Chetek, in Barron County, many were busy Wednesday cleaning up, and reflecting on what they experienced Tuesday.

"It sounded like a machine gun," a resident said.

The National Weather Service said Wednesday its preliminary damage rating for the tornado that destroyed the Lake Estates Mobile Home Park in Barron County is a strong EF2.

The enhanced F-scale runs from EF0 to EF5. An EF2 or higher is considered a significant tornado.

The length of its path is still being determined. 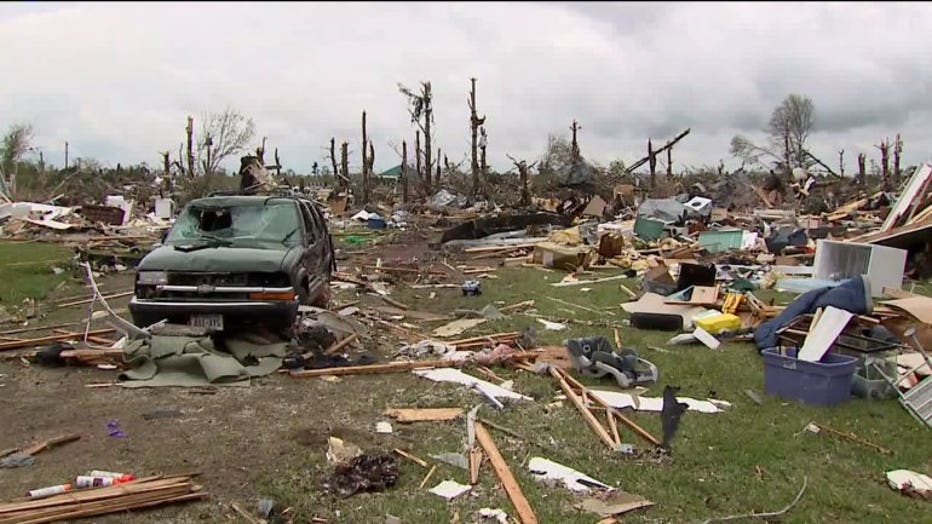 "It got louder and louder and you could hear it chugging like a train," a resident said. "It was like a nightmare -- out of a movie."

Authorities on Wednesday released the name of a man who was killed.

It devastated 50 to 60 trailer homes and injured 25 people, 17 of whom were taken to hospitals. 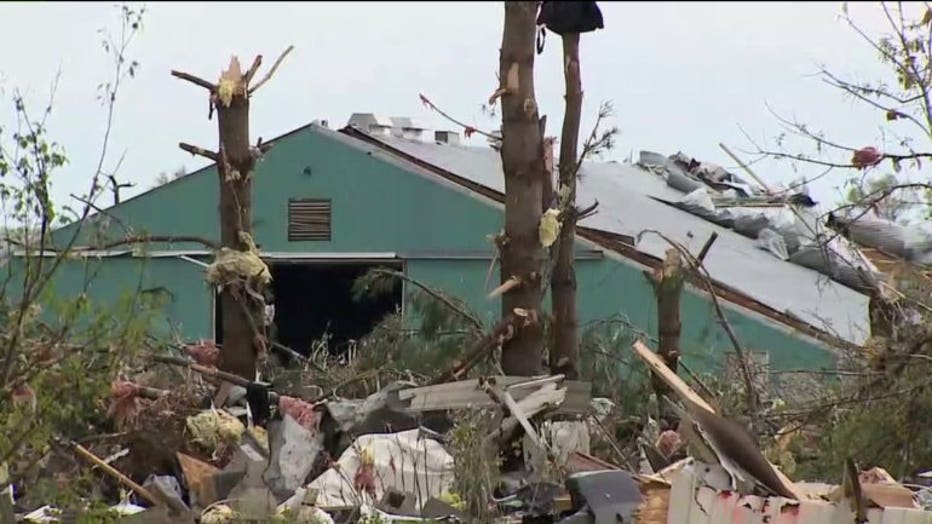 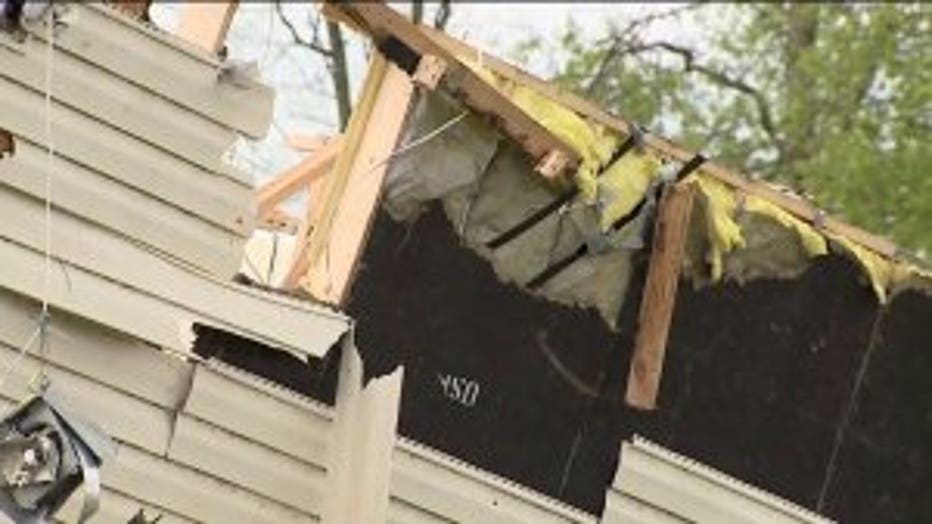 "I'm lucky to be here to smile. A lot of them ain't. Nothing for them to smile about," Dan Schumacher said.

“Our thoughts and prayers are with the victims of the devastating tornadoes that hit last night,” Governor Walker said in a statement after touring the damage near Chetek. “I have instructed state agencies and the Wisconsin National Guard to help those affected by the storms as they recover and rebuild. I thank the Wisconsin National Guard, Wisconsin Emergency Management, and all state agencies for their coordinated response to this emergency.”

Dale Daily, 61, said he heard the warning siren about a half-hour before the tornado hit the mobile home park. He said he and his wife drove away to safety and returned just after the twister left the area to find the park in ruins.

Daily said he walked among the debris and helped free a man who was buried under a refrigerator and debris.

"He had some bad head trauma going on and I didn't want him to go to sleep," Daily said.

Gary Schulz, who owns a rental storage business near the Prairie Lake Estate Mobile Home Park, said a twister claimed his business eight years ago but spared it this time around. Many of his neighbors in the trailer park weren't so fortunate.

"It was just chaos. It was just people searching for family members, for their pets, belongings," Schulz said of the aftermath.

Several poultry barns at a turkey processing plant across the street from the trailer park were badly damaged, and turkeys could be seen wandering in the debris. 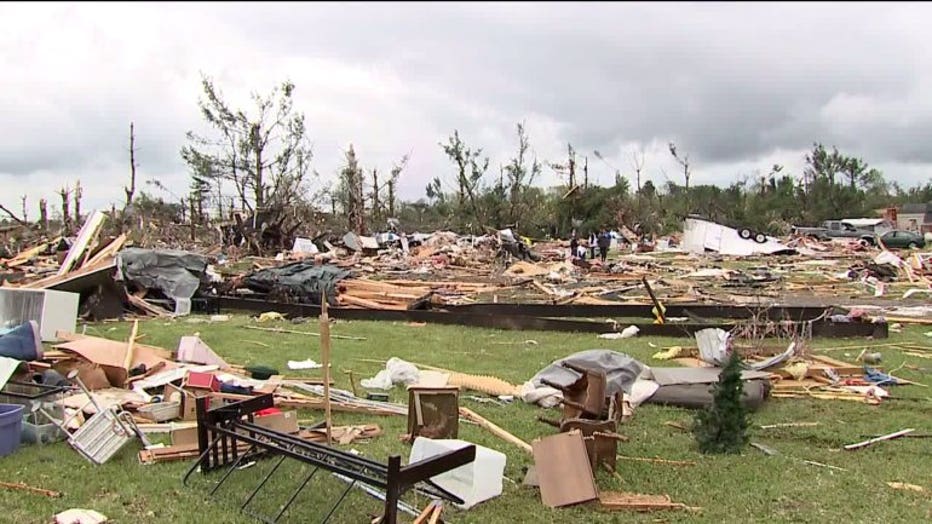 From the ground and the air, you can see the damage from Tuesday's tornado is significant.

"It's all leveled. All the way to the road," a resident said.

SkyFOX flew above the Prairie Lake Estates mobile home park which took a direct hit. The storm's path continued through a turkey farm and camping resort.

"It was chaos. People everywhere. People bleeding," a resident said. 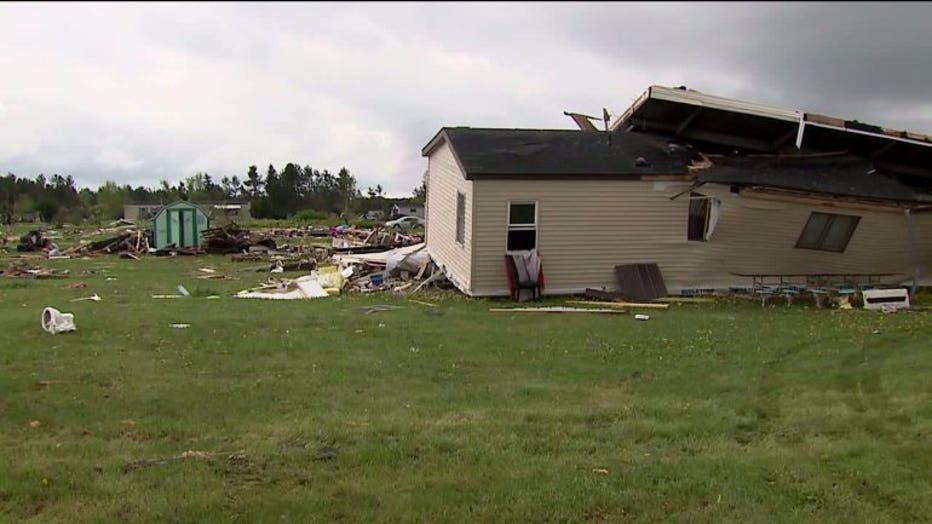 "It's up there, on top of another house," said Weiland. "All I have is the clothes that I am wearing now. That's it."

While the forest behind Eric White's property was leveled, his home was not.

"Somebody was watching out for us because it went all the way around us, and here we are," said White.

While some got started cleaning up the mess Wednesday, others said they don't know where the pieces are they need to pick up.

But there was some good news Wednesday night. FOX6 News was told of the people injured, just one remained in the hospital.

Salvation Army and Red Cross officials have been dispatched to help. CLICK HERE to learn more about their efforts, and how you can get involved.