While Woodman's in Waukesha may have sounded the same, shoppers looked a little different Monday.

"It's a pandemic," said Greg Morrison. "We have to do something."

Other chains requiring masks include Meijer, Lowe's, CVS, Kohl's, Walmart and Sam's Club, among others.

"Seeing them wear masks is almost a relief because now everyone is on the same page," said Sandy Lookatch. 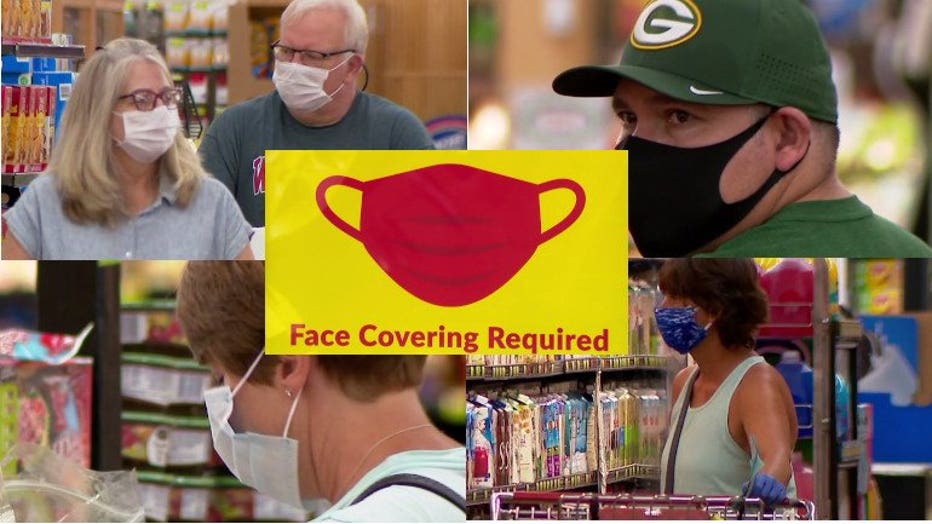 In Waukesha Monday, signs were placed outside Woodman's and employees reminded shoppers at the door they would not be allowed to come in without a mask -- selling single masks for those without one.

While most shoppers were cooperative -- it's not a rule everyone's happy about.

"I almost left," said the shopper. "I can't breathe through it. Plus, it's another cost. I mean, if they're giving them away...but they're not. They're charging for them." 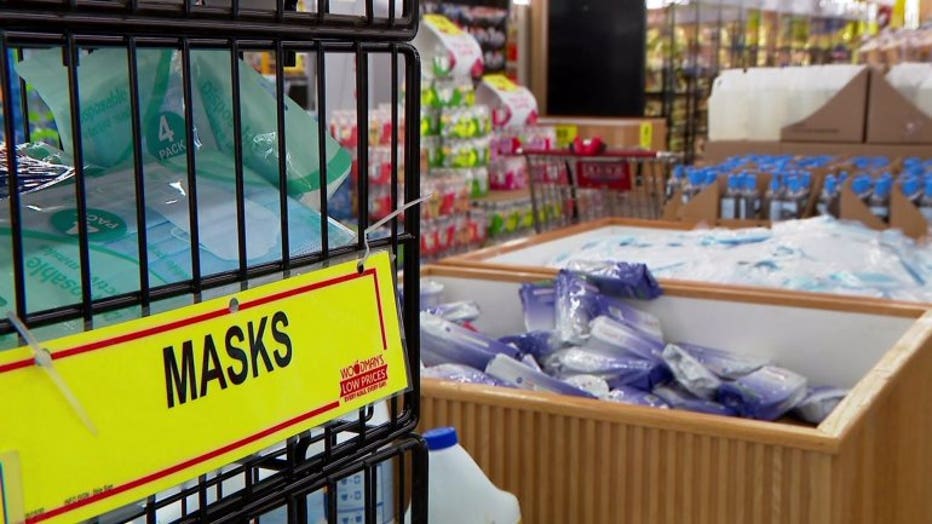 Others feel because of the COVID-19 numbers, this is needed. Health officials reported more than 700 new positive cases on Monday.

"With the current uptick, I believe, in the figures, it's out of control," said Morrison. "I think it's a good way to not only not spread it, but not get yourself sick." 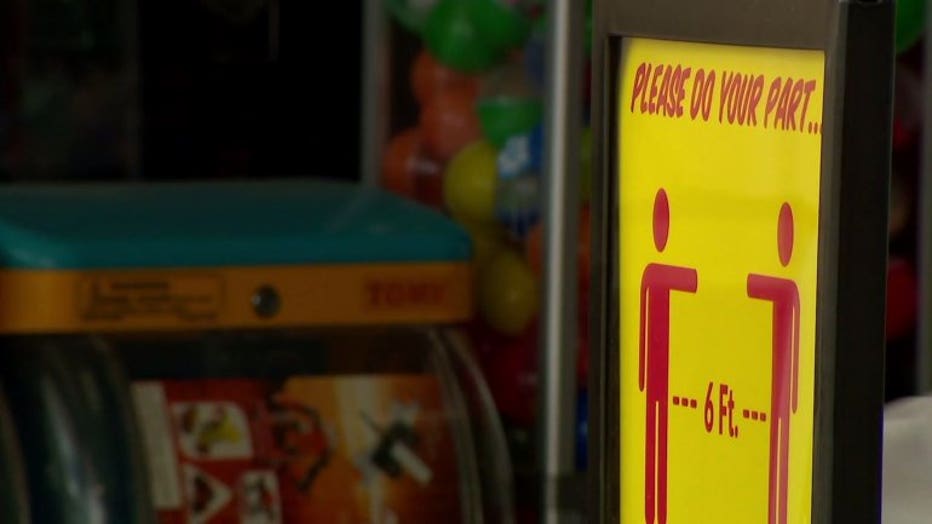 Below is a breakdown of major retailers that have implemented facial covering requirements for shoppers:

Grocery store chain Trader Joe’s said in an announcement on its website, all customers would be asked to wear a face covering while shopping. Trader Joe’s also limited store hours for most stores, closing at 8 p.m., except in New York City, which would close at 9, and making the first shopping hour of the day exclusive for seniors and those with disabilities.

The Amazon-owned food store is asking all customers to wear a mask while shopping. The company’s website said face masks will be available at the entrance of all stores for customers who do not have their own. Whole Foods Market is also limiting the number of shoppers in the stores, based on the store’s size.

In late April, Costco updated its policy page to reflect its new mask policy, which stated that all “Costco members and guests must wear a mask or face covering that covers the mouth and nose at all times.” The new health guideline was implemented in all Costco stores nationwide and highlighted that facial coverings did not replace the need for social distancing.

"This requirement does not apply to children under the age of 2 or to individuals who are unable to wear a mask or face covering due to a medical condition," according to Costco's updated page.

Starting July 15, Starbucks required all customers and employees to wear face masks when they enter stores.

“At select locations where a local government mandate is not in place, customers that may not be wearing a facial covering will have various options to order their Starbucks, including ordering at the drive-thru, curbside pickup through the Starbucks app or placing an order for delivery through Starbucks Delivers,” read the statement.

Walmart became the largest retailer to enforce a mask policy on their customers, with about 65% of its namesake and Sam’s Club stores located in areas where there is already some form of government mandate on facial coverings.

“We know some people have differing opinions on this topic,” wrote Dacona Smith, chief operating officer at Walmart U.S. and Lance de la Rosa, chief operating officer at Sam's Club in a blog posted Wednesday. “We also recognize the role we can play to help protect the health and well-being of the communities we serve by following the evolving guidance of health officials like the CDC.”

“We are taking this extra step now because we recognize additional precautions are needed to protect our country,” Kroger said in a statement.

It won’t just be food and supermarket chains that customers will have to wear masks in: The department store chain Kohl’s announced in early July that they will require all shoppers to wear a face covering in their stores.

For those who would prefer not to shop in-store, Kohl’s encourages customers to visit Kohls.com and take advantage of its limited-contact store drive up service, among other convenient shipping options.

Beginning July 20, all CVS customers will have to wear face masks when entering any location across the country. The drugstore chain had already required store employees to wear masks and complied with regulations in any community with state or local laws that mandated the use of facial coverings.

"What we are asking is that customers help protect themselves and those around them by listening to the experts and heeding the call to wear a face covering," CVS Chief Operating Officer Jon Roberts said.

Among the latest to join the list of major retailers enforcing face masks inside stores is Target. The company announced that effective on Aug. 1, customers will be asked to wear a facial covering at all times while shopping at stores around the country.

Currently, more than 80% of Target’s 1,800 stores already require customers to wear masks due to local and state regulation.

Target said Thursday that it will hand out masks at entrances to those who need them.

Starting July 21, the grocery chain Publix will require all customers to wear a face covering while inside its stores.

In a press release, Publix said the new requirement is due to the growing number of COVID-19 cases and guidance from the Center for Disease Control.

"Publix remains committed to serving customers through all channels but encourages those who are not able to wear face coverings to consider using Publix Delivery and/or Curbside Pickup," said the grocery chain.

Best Buy also announced that it will enforce a facial covering policy for all customers in stores across the country.

The electronics chain said in a statement that it will provide face masks if a customer does not have one, and small children and those who cannot wear one for health reasons will be allowed to enter without one.

The new requirement went into effect on July 15.

Gap Inc. will require masks in all of its U.S. stores, including Old Navy, Banana Republic, Athleta, Intermix, Janie and Jack and its namesake Gap stores.

“Given the recent increase in COVID-19 cases in the U.S. and Canada, we want to do everything we can to help stop the spread of the virus,” wrote Gap Inc. in a statement. “That’s why we are adjusting our currently policy and requiring all customers to wear masks in all of our North American stores, effective August 1.”

Employees were already required to wear masks before the policy change. Customers without a mask will be given a disposable one at the entrance of the store.