MADISON -- Driving drunk or on drugs is dangerous. Sometimes, it's deadly. But should it be a crime the first time you get caught? Every state in America says yes -- except one.

Trying to cut down on drunk driving in Wisconsin seems to be an exercise in small, wobbly steps. For years, state lawmakers have tried to chip away at the problem. They've introduced dozens of bills over the past 10 years aimed at getting tougher on drunk driving.

"Because we have the most lax drunk driving laws in the country," said State Senator Chris Larson, D-Milwaukee. 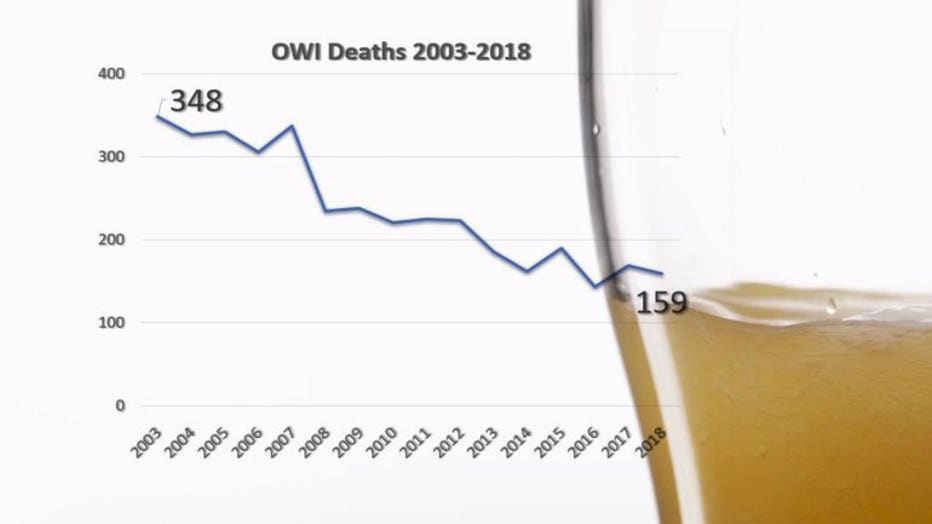 Still, some of the most dangerous intoxicated drivers are never discovered until it's too late.

In 2016, Lannan was a high school student in Fort Atkinson. She'd gone out with her best friend, Hannah Church, on a Friday night. Hannah, age 16, had only been a licensed driver for a few months, and Sam has no memory of what happened next.

Her mom remembers police showing up at her front door.

"Just hands me this note that says, 'Your daughter's been in a car accident,'" said Terri Lannan, Sam's mom.

Terri raced to the hospital to find her daughter unconscious, breathing with the help of a ventilator.

"I just dropped to the floor," Terri recalled. "We literally just sat there and cried and held her hand."

"I don't remember any of that," Sam said.

Sam's mother is filled with both grief and guilt -- because her daughter survived.

"She was my best friend," Sam said. 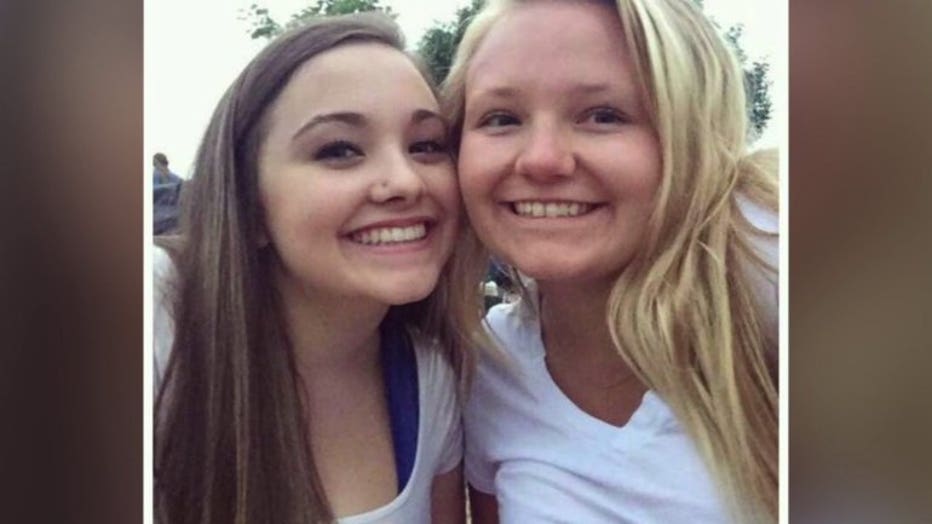 In the fall of 2016, Sam and Hannah were struck, head on, by 28-year-old Robert Frank, who was driving the wrong way on a divided highway near Milton. A witness later told relatives of the crash victims that Frank didn't even have his headlights turned on.  His blood alcohol concentration was .134 -- well above the legal limit of .08.

In Wisconsin (and only Wisconsin), driving drunk is a civil violation -- a traffic ticket -- until you've been caught twice.

"It shouldn't matter whether it's the first time or the sixth time," Sam said.

"I think many people view the first offense as just a mistake that can happen to anyone," Ott said.

So does Senator Larson.

"Drinking is okay," he said. "Drinking and driving is not okay."

They are among a bipartisan slate of lawmakers supporting a bill that would make drunk driving a misdemeanor on the first offense.

It's the fifth time this has come up the last six legislative sessions, but it's never come up for a vote. 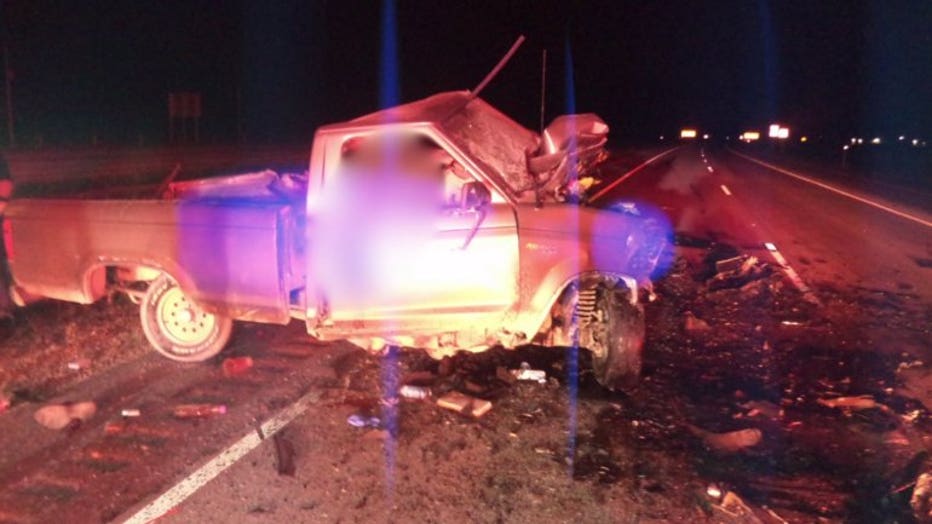 This pickup truck was driving by 28-year-old Robert Frank. He drove the wrong way on a divided highway, causing a fatal crash. His BAC was measured at .134 g/dL 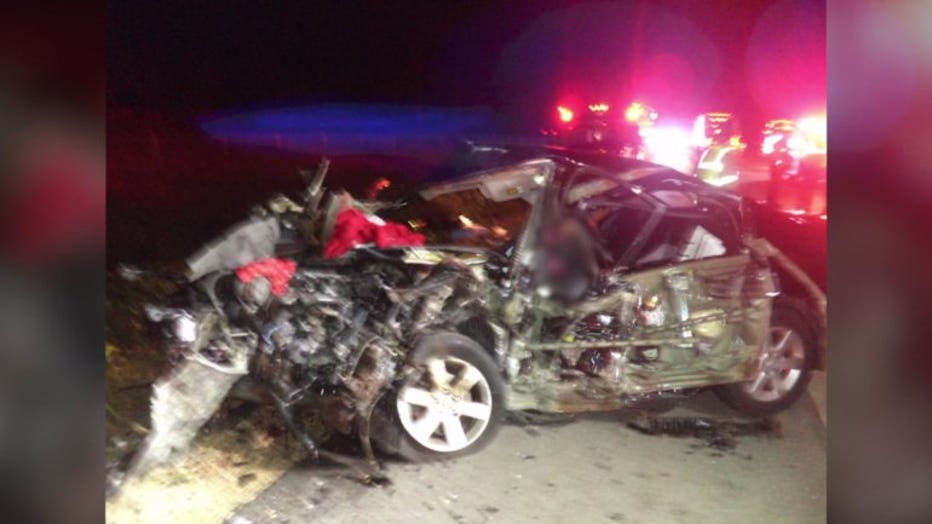 Hannah Church was driving this Nissan Altima when Frank struck them head on. She died, but her passenger, Sam Lannan survived.

This time, supporters are offering what they believe is a middle ground. Under the new proposal, if a drunk driver can avoid any new drunk driving-related offenses for five years, they can have the misdemeanor conviction vacated from their visible, public record.

But even that proposal faces long odds at the Capitol.

"Why is it so hard to deal with the first offense?" asked FOX6 Investigator Bryan Polcyn.

"Because that's what would actually make the difference," said Senator Larson. "It would change the culture."

The Badger State's notorious reputation for excessive drinking made criminalizing the first offense highly controversial, and State Senator Van Wanggaard, R-Racine, opposes it, because of the impact it would have on otherwise law-abiding citizens with no blemishes on their record.

"I now have a crime on my record and there's nothing I can do about it," Wanggaard said during a public hearing in August.

In fact, when lawmakers proposed a dozen drunk driving bills earlier this year, Senator Wanggard expressed opposition to just one -- the bill that would make criminals out of first-time offenders.

"What we have at this point is working for those first offenders," he said.

He wants to focus on repeat offenders, but data from the Wisconsin Department of Transportation shows, by then, it's often too late. Over the past three decades, 77% of drivers involved in an alcohol-related fatal crash had no prior offenses. That's roughly three out of every four.

"If you deal with the repeat offenders, maybe you're dealing with 25% of the people who are killing people" said Terri Lannan. "I mean, that's ridiculous. How does that make sense?"

"I know we're not going to eliminate drunk driving," said Ott, who spent a career as a television meteorologist before retiring and running for office.

It was long before his TV career that his life was touched by drunk driving. It's a story he hesitates to share.

"Because some people will say, 'That's why you have a vendetta against drunk drivers,'" Ott explained.

He is now 72, but when he was a freshman in high school in 1961, Ott watched his friend die. They'd gone out for a lunchtime walk and were standing near 23rd and State Street when a car veered out of control and ran the 13-year-old boy over. The driver had been drinking at a local tavern.

Now, 58 years later, he's doing all he can to stop it from happening to others.

On Sept. 25, a five-member Senate committee voted to send four drunk driving bills to the full Senate. They include bills that would create a mandatory minimum sentence of five years in prison for a drunk driving homicide and 18 months for fifth or sixth offense. There is also a bill that would require first time offenders to appear in court in person, rather than having an attorney appear for them.

As in previous years, the bill to criminalize the first offense was not among those brought up for a vote.