NASHVILLE, Tenn. — The man who snatched an AR-15 rifle from a gunman at a busy Tennessee restaurant says his was a "selfish" act of self-preservation and he doesn't consider himself a hero. Never mind that he is being credited with saving several other lives. 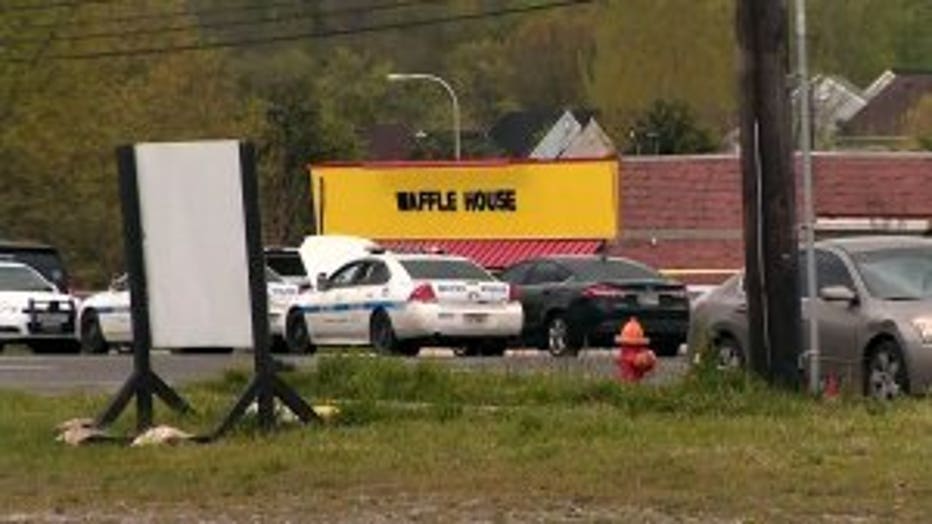 "When I grabbed the barrel of the weapon it was hot, but I didn't care. It was life or death," said James Shaw Jr., a 29-year-old Nashville resident who found himself wrestling with the suspect after four people had already been fatally shot at a Waffle House bustling with patrons early Sunday in Nashville.

Shaw joined law enforcement officials and Nashville's mayor at a news conference Sunday, some 12 hours after the shooting, his right hand bandaged. Waffle House CEO Walter Ehmer, who was also on hand, thanked Shaw for his bravery.

"You don't get to meet too many heroes in life," Ehmer said before addressing Shaw, who dabbed at tears in his eyes. "We are forever in your debt." 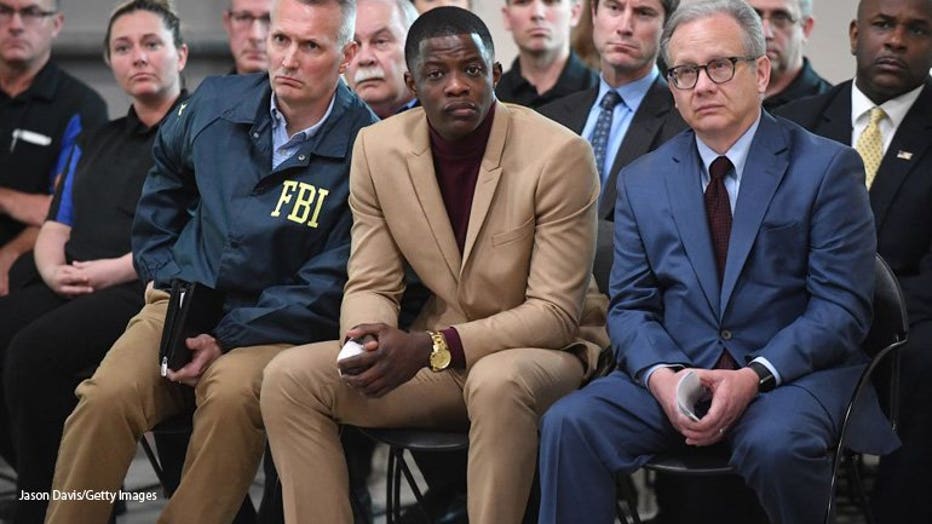 Shaw said that after going to a nightclub he had decided to stop with a friend early Sunday at a Waffle House. The first one he visited was too crowded with overnight patrons, so he ended up going to another in Nashville.

As he entered the Waffle House, he was just two minutes ahead of the gunman, seating himself at a counter.

Suddenly he heard a loud noise, thinking at first that freshly washed plates had crashed from a stack in the restaurant. But he said he saw restaurant workers running and turned and saw a body near the front door as the gunman burst in.

It was then that he realized he was hearing gunshots.

"I looked back and I saw a person lying on the ground right at the entrance of the door, then I jumped and slid ... I went behind a push door — a swivel door," Shaw said. "He shot through that door; I'm pretty sure he grazed my arm. At that time I made up my mind ... that he was going to have to work to kill me. When the gun jammed or whatever happened, I hit him with the swivel door."

Shaw said as they began wrestling he grabbed the hot barrel of the gun, ignoring his own pain.

"He was kind of cussing while we were wrestling around. When I finally got the gun he was cussing like I was in the wrong," he said. "It wasn't any kind of talking between us; I just knew I just had to get that away from him."

Of the gun, he added: "I grabbed it from him and threw it over the countertop and I just took him with me out the entrance." 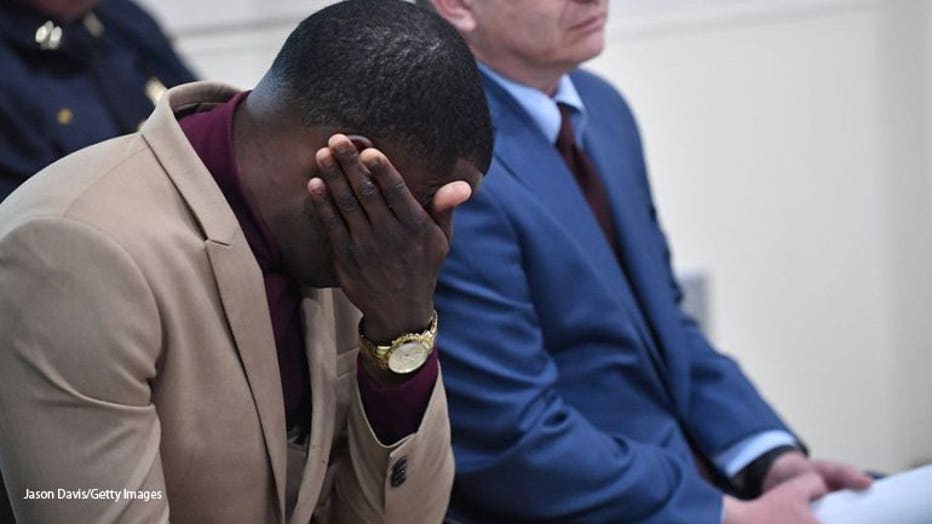 Shaw said after getting the man out of the Waffle House, he ran one way and saw the suspect, naked save for a jacket, going another way.

Shaw said a bullet apparently grazed him on one elbow and he fell and hit his knee as he escaped, landing in the hospital for a time early Sunday.

"I didn't really fight that man to save everyone else. That may not be a popular thing," said Shaw, a Nashville native who went to college in Tennessee and now works as a wireless technician. "I took the gun so I could get myself out" of the situation.

He said he was glad others were saved.

When Shaw's father went to visit him in the hospital early Sunday before he was released, he had one piece of advice for his son: "Don't do that again."

"I take no pride in him charging a loaded gun," James Shaw Sr. said. "I do take pride in him helping save the lives of other people."