It happened in just minutes: A mother`s car was stolen, her children inside; Now, two men are charged

It happened in just minutes: A mother`s car was stolen, her children inside; Now, two men are charged

MILWAUKEE (WITI) -- Could you imagine the terror? In just minutes, your car is gone -- stolen, with your children inside! It happened to a Milwaukee mom -- and she says she's happy to learn two men have been charged in the case. She's also relieved her children are safe.

The 29-year-old mother went into a gas station near 49th and Lisbon just after 6:30 p.m. this past Saturday, September 27th. When she came out, her car was gone -- her nine-year-old, seven-year-old, and two-year-old children inside. Also inside, her 17-year-old cousin.

"It was unreal. I felt like I was in a movie. I pulled up directly in front of the door, I hopped out, ran inside," Jovan Lewis said.

"(She) left her keys in her vehicle with her children in the car," Milwaukee Police Officer Natassha Delgado said.

In the moments Lewis was inside the gas station, police say 19-year-old Ravonte Love took advantage -- stealing the car with the four young people inside.

Police say 20-year-old Jiawuan Smith-White exited another vehicle and jumped into Lewis' car -- yelling to get the kids out. A few minutes later near 50th and Lisbon, the four individuals were let out of the car and the suspects fled in the vehicle.

"Knowing that this man touched my child and unbuckled her from her car seat and sat her on the side of the road...My cousin came running in with the kids and was like 'we just got carjacked!" Lewis said.

Lewis' vehicle was missing -- her iPhone inside. That iPhone turned out to be invaluable for police. They used the phone's "Find My Phone" app to locate Lewis' car.

"They started broadcasting right away their locations of the iPhone," Officer Delgado said.

Police spotted the car near 34th and Clarke and a short chase ensued. Less than one minute later, the car crashed and Love and Smith-White were arrested.

"Without that, it would have been much worse. I was so chocked and my children were so scared," Lewis said. 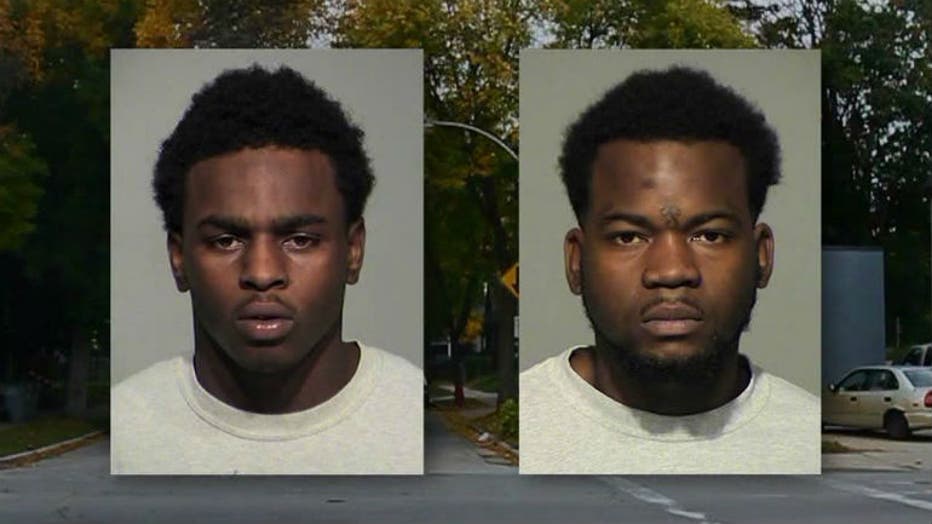 Love and Smith-White have been charged with operating a vehicle without the owner's consent. Love faces additional charges of false imprisonment and eluding an officer.