WARSAW, Poland — Muslim religious leaders joined members of a U.S. Jewish group at Auschwitz on Thursday for what organizers described as “the most senior Islamic leadership delegation" to visit the site of a Nazi German death camp.

The interfaith visit came four days before the 75th anniversary of the camp's Jan. 27, 1945, liberation by Soviet forces and as world leaders gathered in Jerusalem to commemorate the Holocaust.

The secretary general of the Muslim World League, Mohammad bin Abdulkarim Al-Issa, and the CEO of the American Jewish Committee, David Harris, led the tour to the Auschwitz-Birkenau memorial in Poland. The Nazis operated extermination and concentration camps in Poland when Germany occupied the country during World War II.

The American Jewish Committee said that Al-Issa, who is based in Mecca, Saudi Arabia, led a delegation of 62 Muslims, including 25 prominent religious leaders, from some 28 countries during the "groundbreaking” visit. 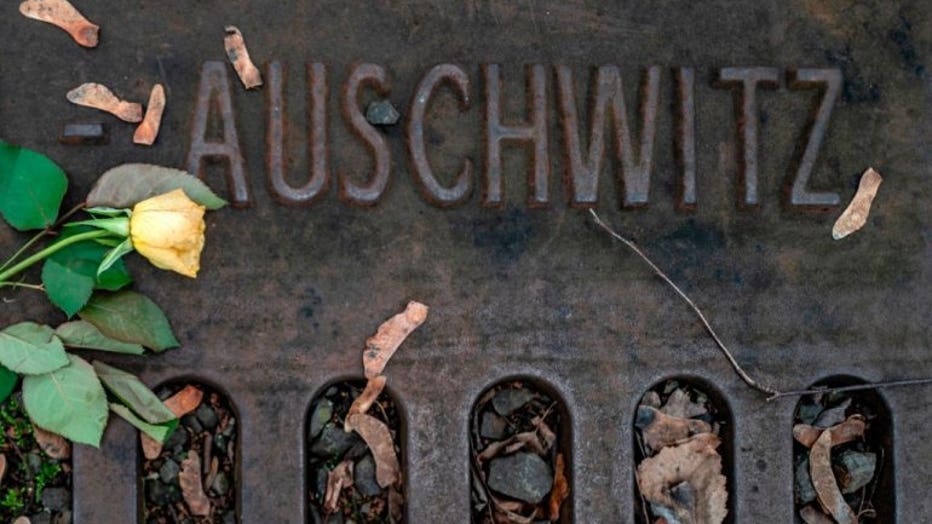 A rose is placed near the name "Auschwitz" on a plaque detailing the transport dates and destinations of Jews sent from Berlin to various concentration camps between 1942 and 1944, at the Platform 17 (Gleis 17) memorial, next to the Gruenewald S-Bahn

The AJC delegation included members of the organization, among them some children of Holocaust survivors.

“To be here, among the children of Holocaust survivors and members of the Jewish and Islamic communities, is both a sacred duty and a profound honor," Al-Issa said. “The unconscionable crimes to which we bear witness today are truly crimes against humanity. That is to say, a violation of us all, an affront to all of God’s children.”

Auschwitz was the most notorious in a system of death and concentration camps that Nazi Germany operated on territory it occupied across Europe. In all, 1.1 million people were killed there, most of them Jews from across the continent. 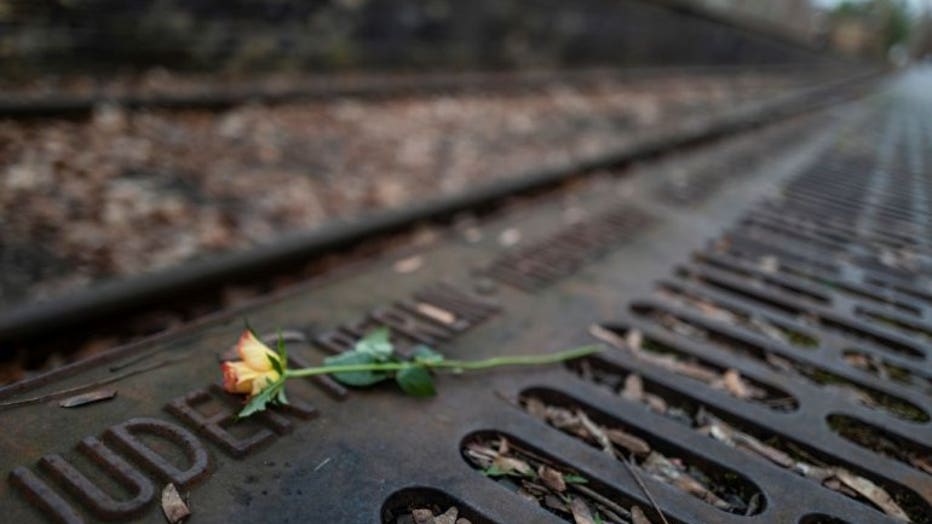 A rose is placed on a plaque detailing the transport dates and destinations of Jews sent from Berlin to various concentration camps between 1942 and 1944, at the Platform 17 (Gleis 17) memorial, next to the Gruenewald S-Bahn station in Berlin on Janu

The visit comes as Saudi Arabia works to be seen abroad as a moderate and modernizing country following decades of adherence to a hard-line interpretation of Islam known as Wahhabism. The Muslim World League, under al-Issa's leadership, has embraced the effort.

Crown Prince Mohammed bin Salman's strategy to modernize the kingdom is aimed in part at attracting greater foreign investment and fostering a national Saudi identity that is not founded solely on conservative religious values.

Al-Issa’s outreach to Jewish organizations also coincides with a broader alignment of interests and ties emerging between the Arab Gulf states and Israel, which share a common foe in Iran.

On Friday, members of the delegation will visit the POLIN Museum of the History of Polish Jews in Warsaw and attend Muslim and Jewish religious services there.