IRS still keeping a costly secret from some taxpayers

IRS still keeping a costly secret from some taxpayers

PRINCETON -- It's been two years since FOX6 Investigators exposed a federal law that prohibits the IRS from telling you if someone else is using your social security number to file their taxes. Now, a bipartisan effort is finally underway in Congress to change that, thanks in part to relentless hounding by a husband and wife from a small Wisconsin town. But will it be enough?

This is not the first time Robert and Debi Guenterberg have welcomed TV cameras onto their secluded lot in rural Green Lake County.

"We have bunny rabbits over here. We have goats," Debbie Guenterberg said as she led a two-man news crew through the property.

But it is the first time that English is the news team's second language. Toshi Horiuchi is a producer for a TV Asahi, a national network in Japan, where the government is considering a national ID system akin to social security. He learned of the Guenterberg's from a FOX6 investigation.

"I found her and her husband's story, which is totally amazing," Horiuchi said.

Two hours northwest of Milwaukee, Princeton is home to little more than a thousand residents, a half dozen antique shops, and an annual rubber chicken fling. It is also the setting for an outrageous case of identity theft. And Horiuchi sees it as a warning for the people of Japan. 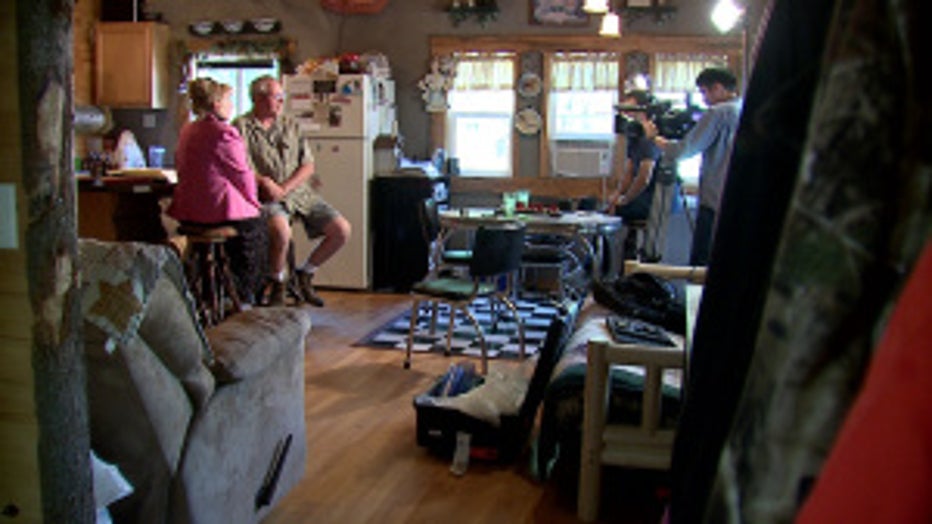 A Japanese network TV crew follows the Guenterbergs' story as Japan tries to implement a system similar to the US Social Security system.

"This could happen to you in the future," Horiuchi said.

For years, the Guenterbergs have battled credit problems that seemed to come from nowhere.

"We get angry. We go through these ups and downs. We get depressed," Guenterberg said.

Credit cards, car loans and home loans were all denied. They had no idea why until 2007. A collection agent told them two men in the Chicago area were using Robert Guenterberg's social security number to buy their own cars and houses, open bank accounts and get credit cards.

Robert is a man of fierce conviction, but few words. His wife, Debi, is more vocal - and emotional.

The fallout from having his identity stolen has turned their lives upside down. Still, that's not what upset them the most.

Both the IRS and Social Security Administration knew as early as 1999 that Cornelio Suarez and Enrique Jiminez were using an invalid social security number.

But for years, the government kept it a secret from the rightful owner of that number -- Robert Guenterberg.

In a recent hearing before the United States Senate, IRS Commissioner John Koskinen said his hands are tied by the federal tax code, which prohibits the sharing of most tax information.

"We cannot reveal to anyone any taxpayer information," Koskinen testified.

According to Section 6103 of the Internal Revenue Service Code of 1986, tax records are private. Even the tax records of an identity thief. 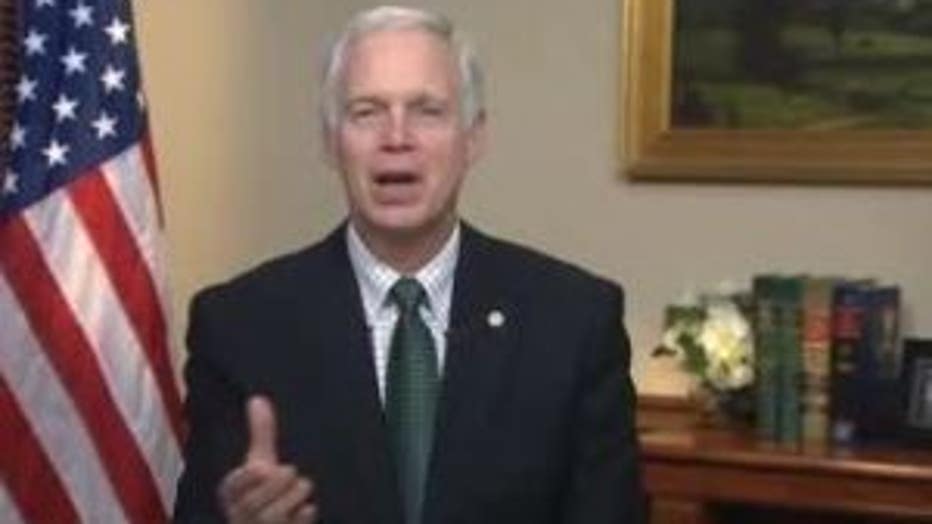 Senator Ron Johnson (R - Wisconsin) has introduced a bill that would require the IRS to notify taxpayers if they are the victims of tax-related identity theft.

The Guenterbergs first shared their story with U.S. Senator Ron Johnson in 2013.

"You've got the IRS, because of a stupid law, a ridiculous law, knows that somebody is a victim of crime and can't notify the victim," Senator Johnson said.

"It's so common sense. If you realize somebody is committing a crime, wouldn't you notify the victim?" Senator Johnson said.

This is the third year in a row he's tried to change the law, but he is hoping to have more success this time, because of increased attention on the issue. The IRS suffered a massive data breach in May that compromised the accounts of more than 100,000 taxpayers. And a recent federal report that shows cases of tax-related identity theft have skyrocketed, from 440,000 cases in 2010 to nearly three million cases in 2013. 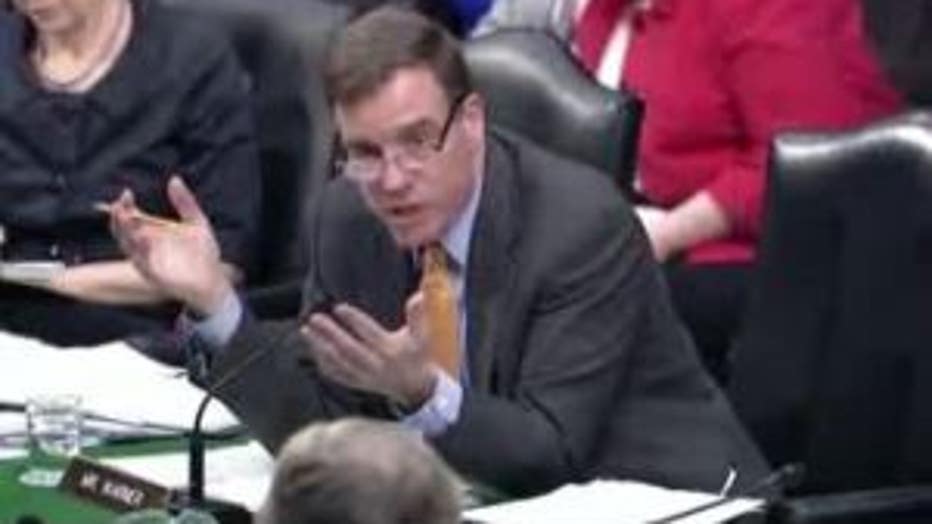 Senator Mark Warner talks about the heavy toll taxpayers carry in fraudulent claims from the IRS.

And there is one other factor that plays in his favor -- Senator Mark Warner is the first Democrat to jump on board.

"The IRS paid out an estimated $5.8 billion dollars in fraudulent funds in 2013," Senator Warner said in a Congressional budget hearing earlier this year.

"When you start talking about billions of dollars, you can't ignore that," Debi Guenterberg said.

Johnson's bill would not allow the IRS to tell victims who stole their identity, only that their personal information was compromised.

"This is no home run," Johnson said. "I'd consider this a bunt single, but it's just a little common sense."

And it can't undo the harm done to the Guenterbergs. 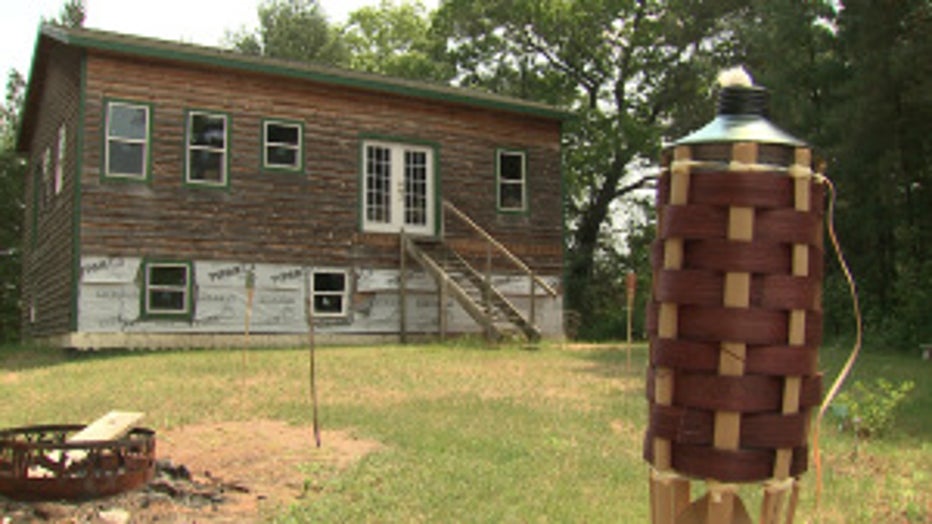 The unfinished home where the Guenterbergs had hoped to live by now.

"That was supposed to be our home up there," Debi Guenterberg said, pointing toward the partially-completed home just a few dozen feet away. They still live in a modified garage, unable to get a loan to finish their dream home, which has stood incomplete for more than two years.

"It is just the labor costs to finish it," Robert Guenterberg said.

"I get up every morning and look at it and I dream about it," Debi  Guenterberg said.

But just ask their elected representatives. The Guenterbergs don't go away either.

"Oh, I will never give up. I can't give up," Robert Guenterberg said.