DES MOINES -- The Iowa caucuses are the first real test in the race for the White House. So what was the last-minute message from the campaigns? Volunteers tried to sway voters -- and campaigns reminded supporters how to caucus. 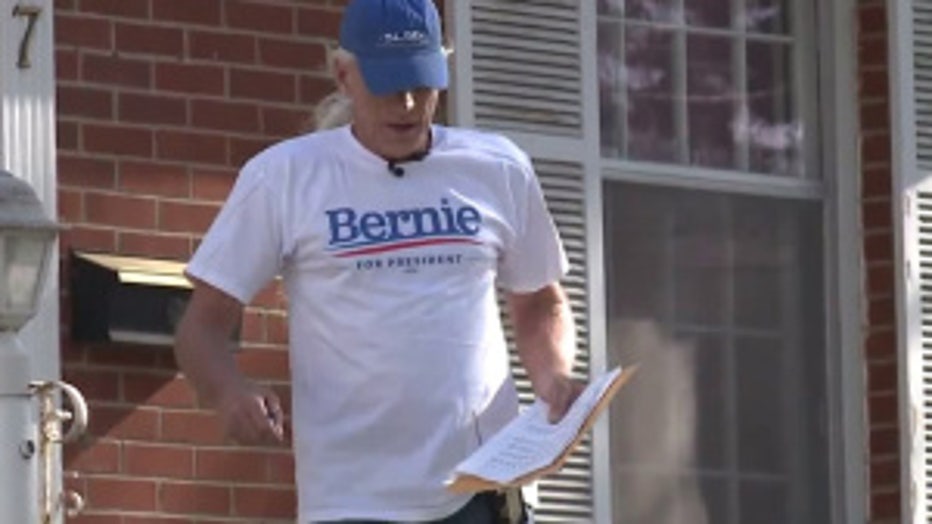 Mark Kelderman from Fond du Lac County said Monday, February 1st Bernie Sanders volunteers like him had already been to each house in one Des Moines neighborhood three times. He was back on Monday afternoon, to knock on doors that nobody has answered.

In a race that has gone from close to closer, Kelderman had no luck with one voter.

Don't think that Sanders has the entire youth movement. 14-year-old Annie Hildebrand was canvassing for Clinton.

"Really glad you'll be there and excited you'll be supporting Hillary," said Hildebrand. 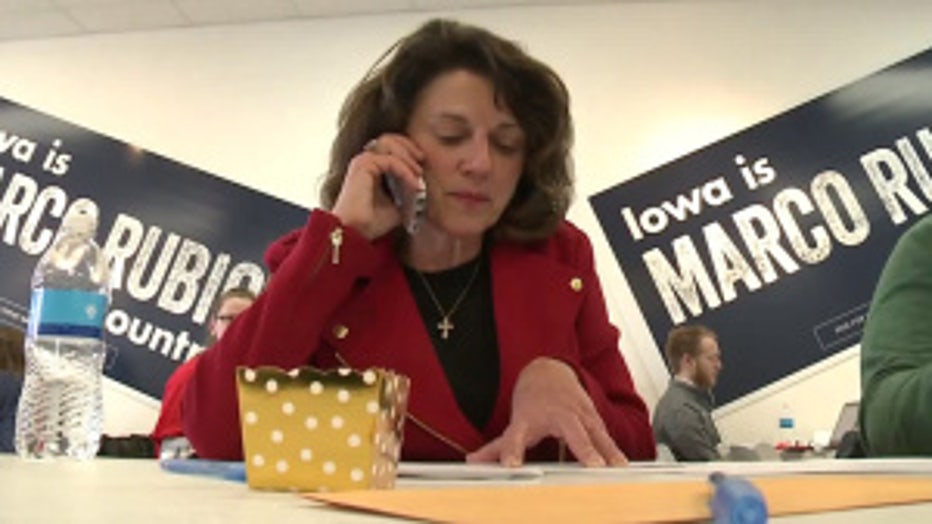 The final hours were filled by reminding caucus-goers of their precinct location -- which is what three dozen people were doing at Marco Rubio's headquarters.

Among them, Wisconsin State Senator Leah Vukmir from Wauwatosa.

In West Des Moines was advertising of a different kind. A guy put an eight-foot billboard of Donald Trump in his backyard -- facing a busy road. 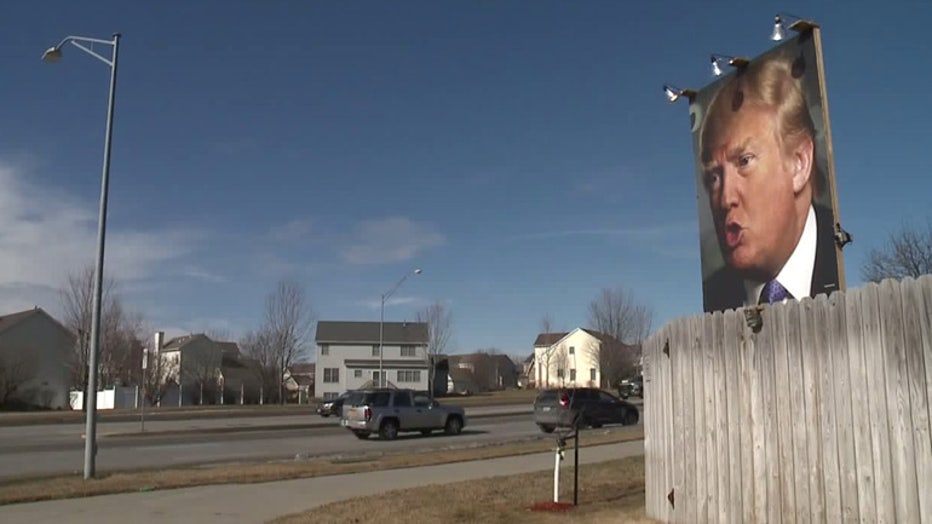 For all of the attention put on Iowa, it's important to remember that less than 20 percent of registered voters actually show up and caucus. Second shift workers -- they can't come to a 7:00 p.m. caucus -- and there is no absentee voting. Iowans are trying something new this year called "telecaucus." It is for some members of the military who are from Iowa.

As caucusing got underway on Monday evening at 7:00 p.m., at Merrill Middle School on the west side of Des Moines, the lines ran out the door for both parties.

"I can't remember seeing so many people at one caucus," one voter said. 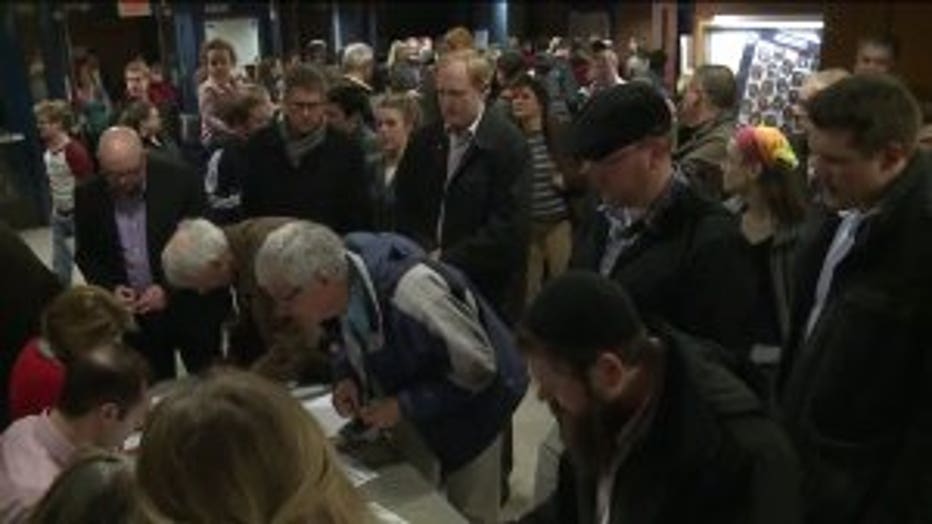 A Republican precinct at this location ran out of voter registration forms.

Long-time caucus-goers were impressed with the turnout.

"Definitely more energy, just a higher level of enthusiasm. Everyone’s talking about it a lot more, a lot more openly than they have in the past," one voter said. 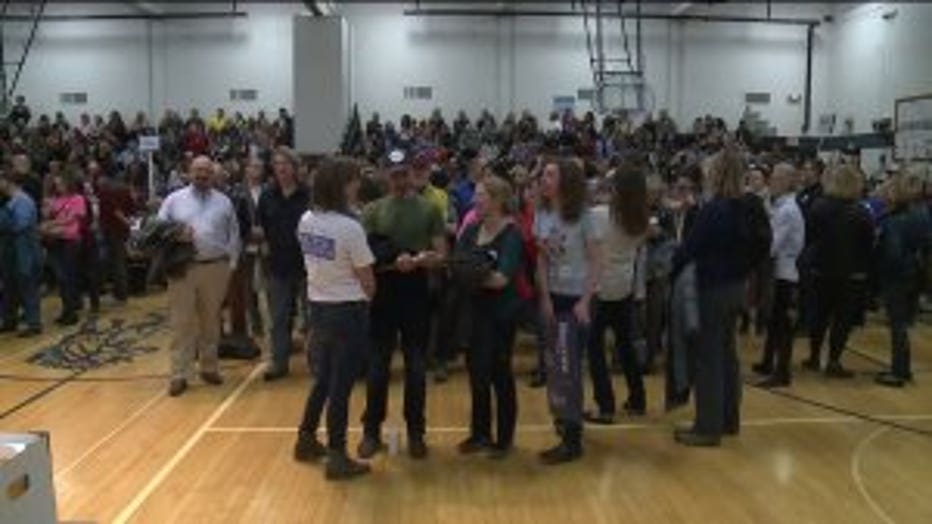 The rules are different for each party. Republicans listened to speeches by people from each campaign, and then wrote their choice on small pieces of paper.

Democrats divided up by sides of the room -- each side representing a candidate.

In precincts where Martin O'Malley failed to get 15% of the total, his supporters were released to vote for someone else.