HAVANA — For the first time, average Cubans became eligible to sign up for internet service for their mobile phones Thursday, a development long awaited on the communist-ruled island.

Users began receiving text messages in the morning from the state telephone monopoly informing them that they can buy an internet access packages for 3G service.

Previously, nearly all Cubans could use their mobile phones only to get their state-run email accounts unless they connected to the internet at a limited number of government-sponsored Wi-Fi spots. Government officials and foreign businesspeople could use their mobiles anywhere to access the 3G network in recent years, though not always reliably.

The new service is being made available gradually through Saturday depending on a user's phone number, to avoid the congestion that struck Cuba's mobile network during a series of heavily criticized tests this year. 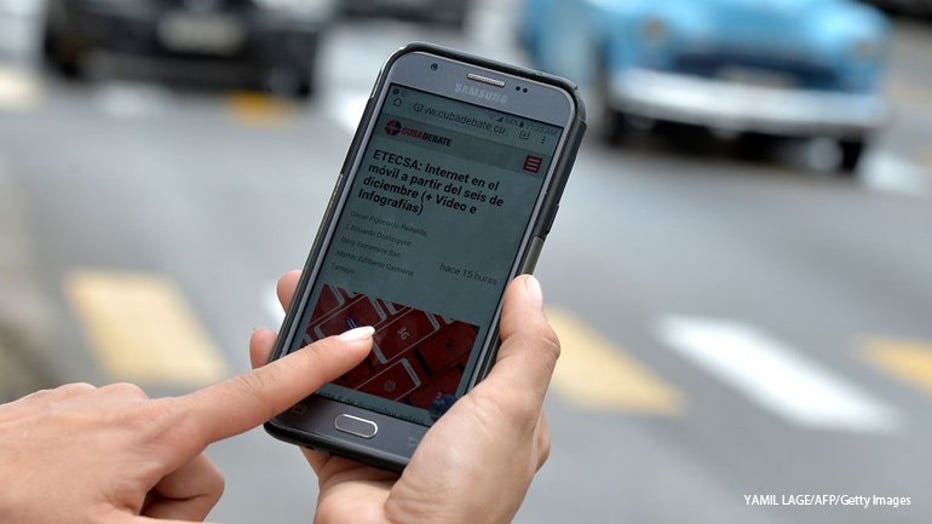 A woman uses her mobile phone to connect to internet through WiFi in Havana, on December 5, 2018. - Cubans will have the chance to have internet in their mobile phones since Thursday, but at high rates. (Photo by YAMIL LAGE / AFP)

"It's excellent news," said Gustavo Andujar, who works for the Roman Catholic Church and was among the initial group of users to receive the announcement from the phone company, ETECSA. "It's having the internet in your pocket!"

Andujar said he will use the service to check email and check some information, but he will continue to use Wi-Fi for family conversations by video and other downloads because the prices for the new service are high for Cubans.

The phone company is offering packages ranging from 600 megabytes for about $7 to four gigabytes for about $30, which is in line with charges elsewhere but high for most Cubans, whose salaries average $30 to $50 a month. Still, many Cubans have their mobile accounts paid by relatives living abroad. 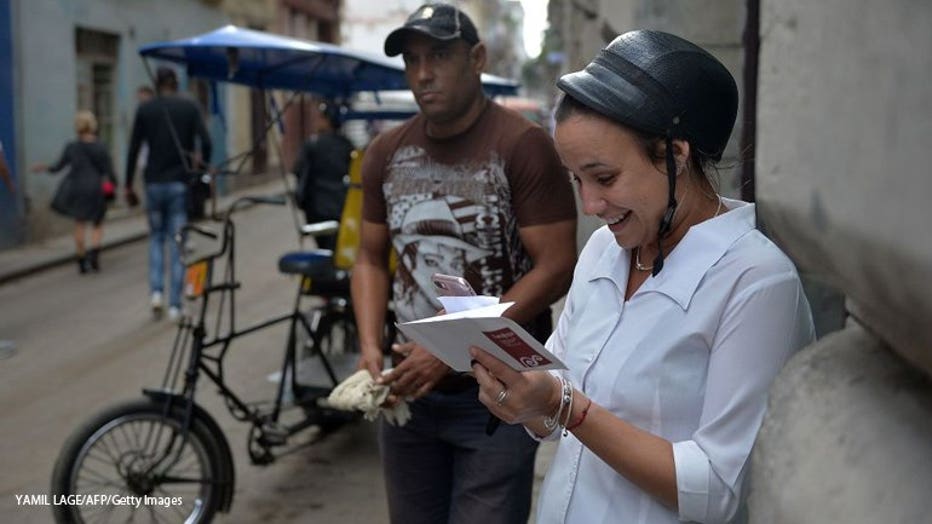 A woman uses her mobile phone to connect to internet in Havana, on December 6, 2018. - The internet service for mobile phones began Thursday in Cuba amid widespread expectation about its operation and with the hope that high prices will go down with

The internet is mostly uncensored in Cuba, although the government blocks a small number of sites like the U.S.-funded Radio and Television Marti networks and others that advocate for systematic change on the island.

Cuba has one of the world's lowest rates of internet use, but service began expanding in recent years under then President Raul Casto, and current President Miguel Diaz-Canel has said he wants to expand connectivity for Cubans.

The government authorized home internet in 2017 and public Wi-Fi connection points have opened in about 830 parks and plazas around the country.

The new mobile service "is a good option for the Cuban people, that each one can connect to their home without having to go to a park or any other place," said Miguel Pellet, a butcher who has being relying on a Wi-Fi spot at a park.

Pellet said he plans to buy the 600-megabyte package so his grandmother, with whom he lives, can talk with his parents, who live abroad.