The 45-foot (14-meter) work is called "Seated Ballerina." It was unveiled Friday and will be on display through June 2. The nylon sculpture is based on a porcelain figurine of a ballerina in a blue tutu. Koons says the work "conveys optimism and a sense of potential for the future." He says the sculpture is intended to bring awareness to National Missing Children's Month.

"Seated Ballerina" is the third Koons work to take up residence at Rockefeller Center. 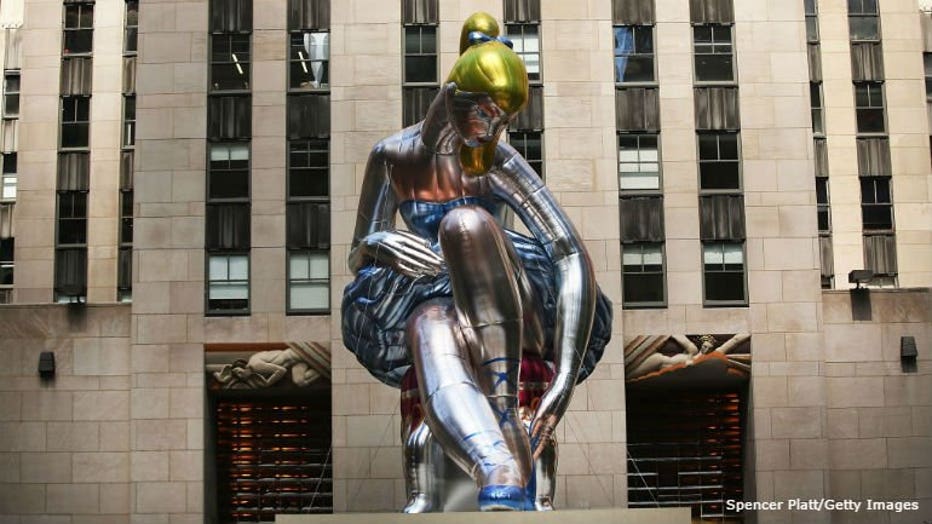 NEW YORK, NY - MAY 12: Seated Ballerina, a new public art project by artist Jeff Koons, sits in Rockefeller Center on May 12, 2017 in New York City. Presented by the Art Production Fund, the inflatable piece is on view at Rockefeller Center starting