In the right place at the right time, We Energies worker praised for helping driver pinned under live wires

In the right place at the right time, We Energies worker praised for helping driver pinned under live wires

RACINE COUNTY -- A We Energies employee found himself in the right place at the right time -- and he's now being hailed a hero! This, after he jumped into action to save a woman trapped in her vehicle after a terrible accident. The victim said she's lucky to be alive, and credits Tom Dudek for that.

Dudek headed out on Sunday morning, April 2nd to handle a power outage.

"We're first responders. We go out and there is a power outage or hazard that's called in by the public," Dudek said. 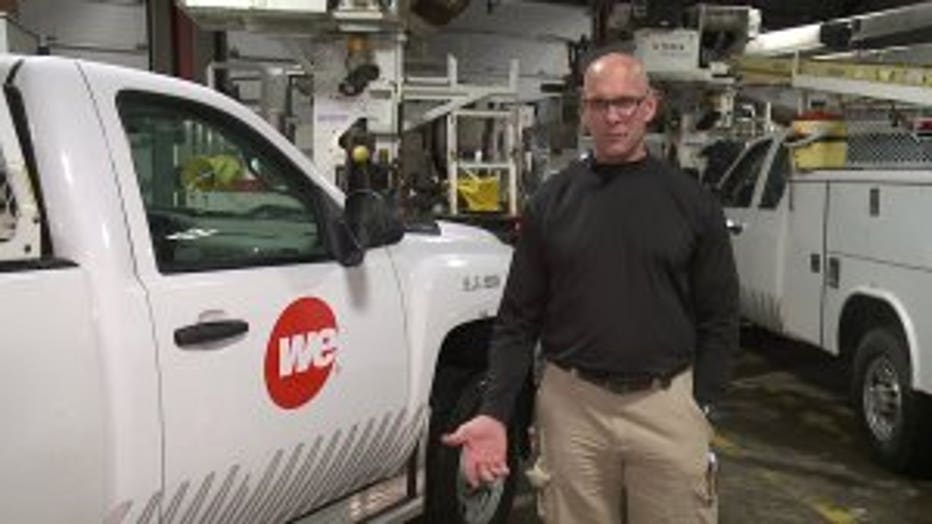 Dudek said he had no idea he'd end up being a different kind of first responder. Fire officials assumed Dudek was called out to the crash on Highway 83 in Waterford.

"His response was, 'yeah -- we've been waiting for you. We have wires down and someone trapped in a vehicle,'" Dudek said.

The crash wasn't his assignment, but still, Dudek jumped into action without hesitating. A Ford Focus had flipped over, and struck a utility pole. Wires covered the vehicle as the woman inside panicked. 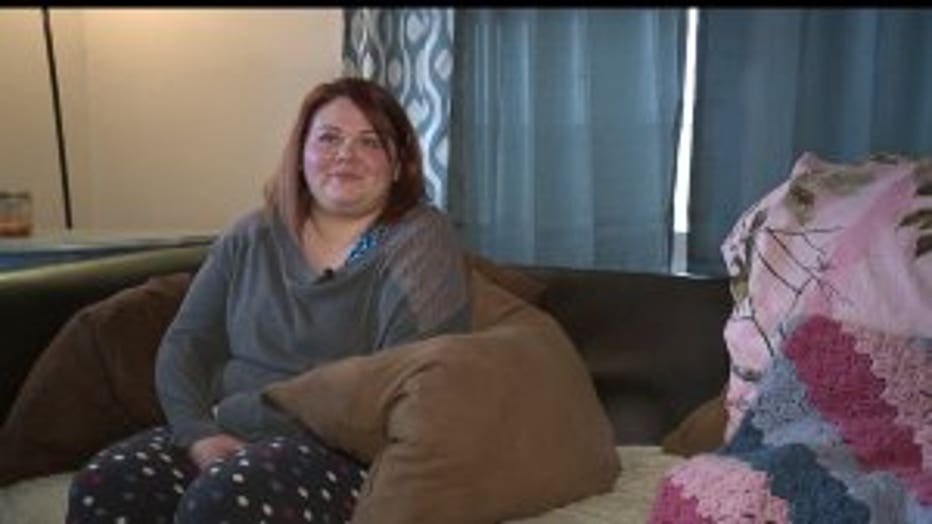 "I woke up on my -- on the ceiling of my car and wanted to get out," Elizabeth Floyd said.

Floyd said she's lucky to be alive, suffering only a few cracked ribs and scrapes.

"I'm really claustrophobic, so I just wanted to get out as fast as possible," Floyd said.

Dudek said he quickly assessed the scene, as there was concern the power lines could've electrocuted Floyd, or emergency crews. 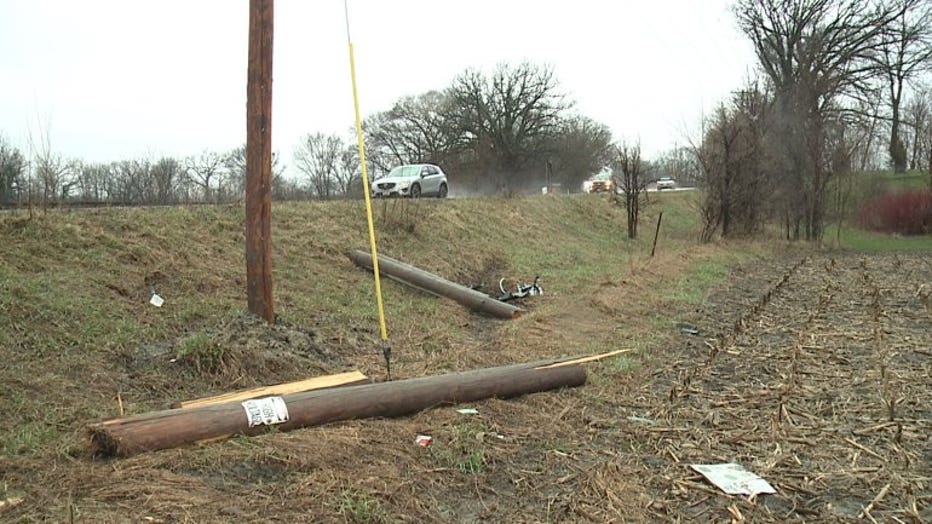 "The fire chief even said 'we're not going in there until you get the wires off.' Which is how they are trained," Dudek said.

Floyd, frightened and bloodied would've been stuck in her vehicle for a half-hour or so if Dudek hadn't been passing through. Another We Energies crew was called, but was too far away from the scene. Dudek made the scene safe, confirming the wires were "de-energized." 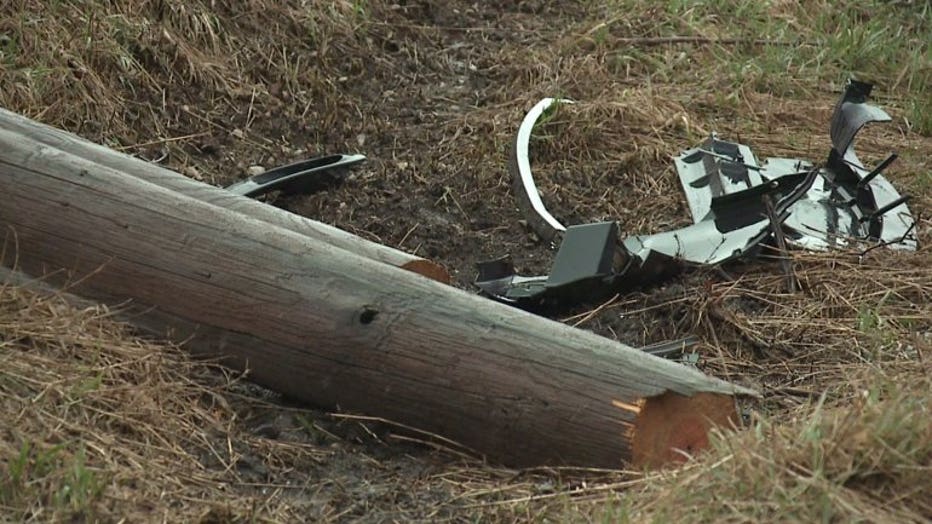 Floyd was taken to the hospital by Flight for Life.

"It was awesome that he was there because I got out of my car faster," Floyd said. 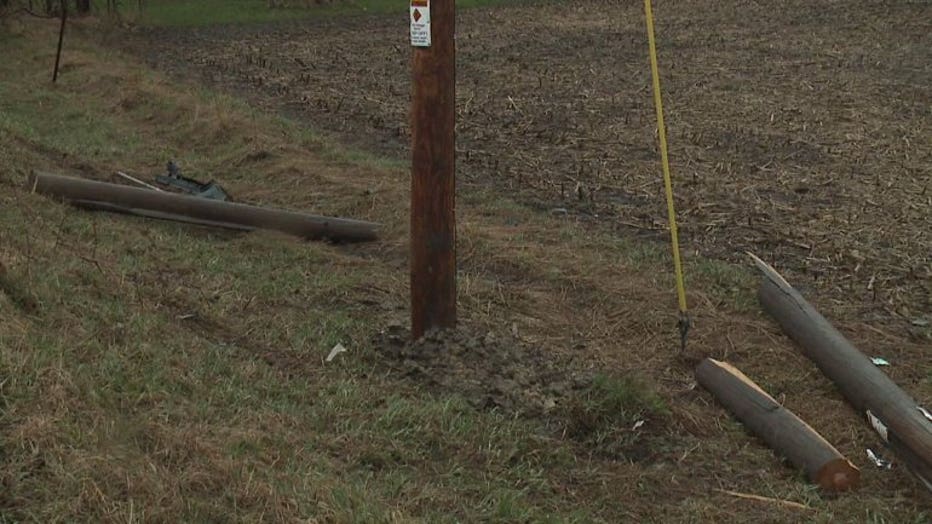 Like many who are praised after situations like this, Dudek said he doesn't consider himself a hero.

"I didn't do anything heroic. I just did my work," Dudek said.

We Energies says if you're ever in a similar situation where wires are down, you should stay inside your vehicle and call 911. If you MUST leave your vehicle because of fire or other danger, JUMP away from the vehicle so that you do not touch the vehicle and the ground at the same time. Then, land with your feet together and shuffle away.