Missing Masterpiece: Where is the priceless stolen Picasso?

Missing Masterpiece: Where is the priceless stolen Picasso?

MILWAUKEE -- It is a mystery in Milwaukee. A missing masterpiece -- a Picasso -- was stolen from plain view. 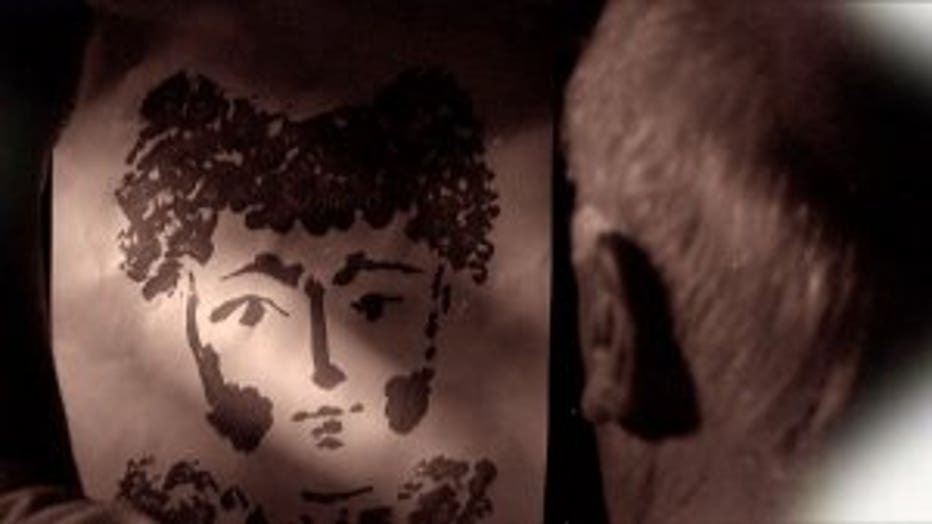 In Paris in 1949 at Mourlot Studio, Pablo Picasso used a sugar lift etching process to create a print he would call, "Torero."

In Milwaukee on Feb. 16, at DeLind Fine Art Appraisals, Picasso's "Torero" suddenly vanished from the lobby where it was displayed.

"I was getting off the elevator about to leave the building and I looked over here -- and I noticed the Picasso was missing," said Michael Goforth. "It was beautifully framed. Beautiful black frame."

It was a moment Goforth has replayed over and over in his mind. 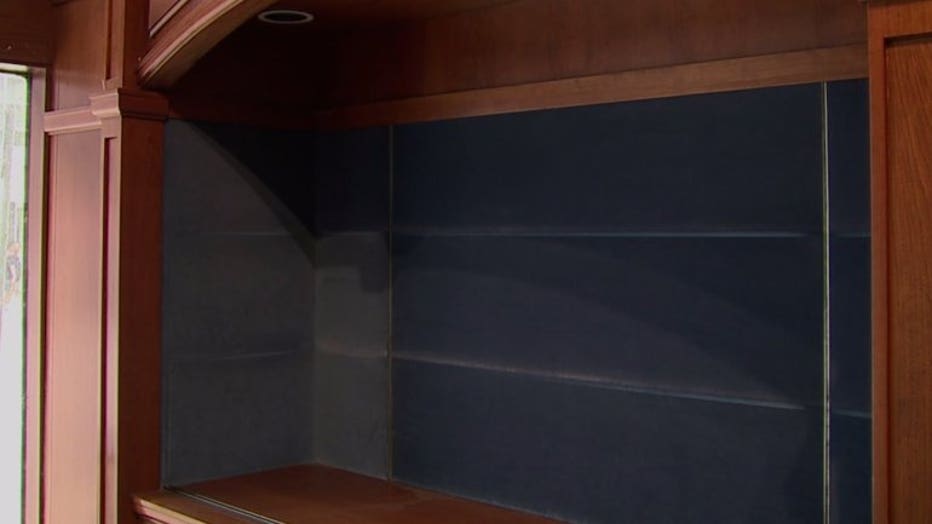 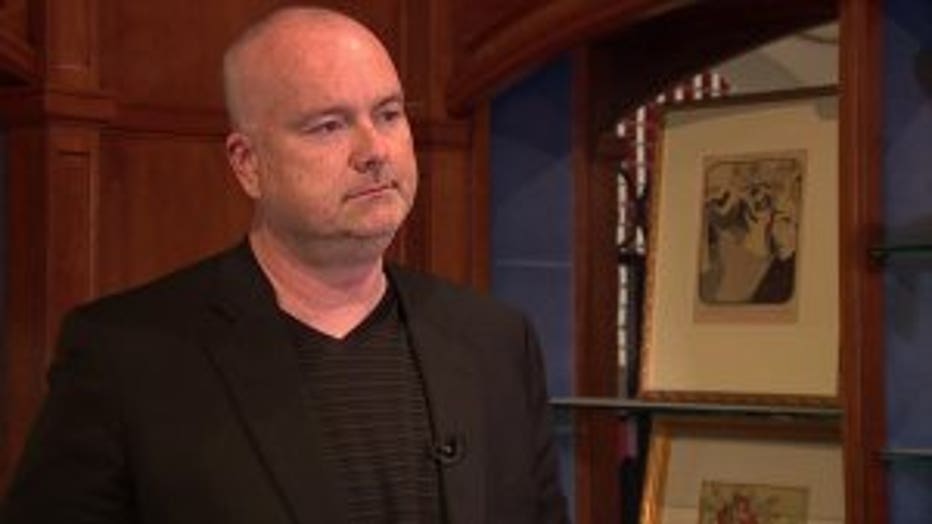 "I immediately went upstairs and I asked my partner, Bill, who was behind his desk working on an appraisal," Goforth said. "I said, 'Bill, tell me the Picasso is out on approval.' And the look he gave me was priceless."

The piece was not out on approval.

"I was in shock," said Bill DeLind. "It was the most sinking feeling."

The rare Picasso print came to DeLind Fine Art Appraisals on consignment. Bill DeLind and Michael Goforth were hoping to sell it for the owner. They had it displayed in the lobby of the Watts building on Jefferson Street in downtown Milwaukee. 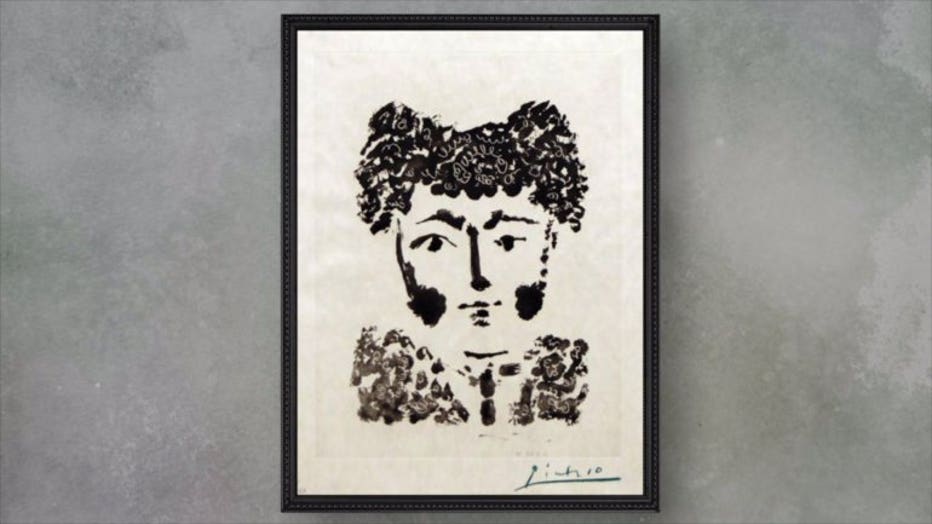 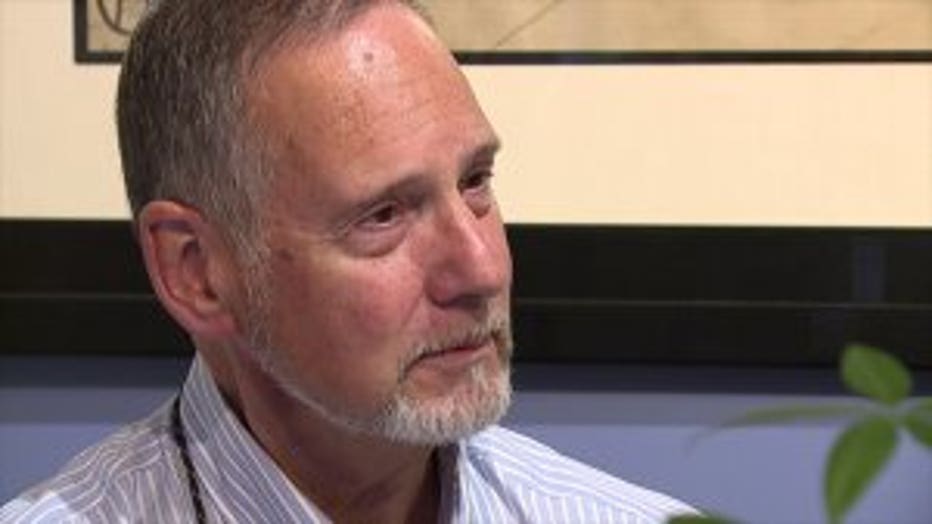 Bill DeLind said when he arrived at their upstairs office around 10 a.m. on Feb. 16, the Picasso was in its place.

"I was sure I saw it in the morning as I came in," DeLind said.

By 1:30 p.m., when Goforth left for lunch, it was gone -- a three-and-a-half hour time frame for a piece of art to vanish without a trace. It is not as if there aren't any security cameras on the block. The FOX6 Investigators counted 14 cameras. Apparently not one of them got an image of someone leaving with that print. 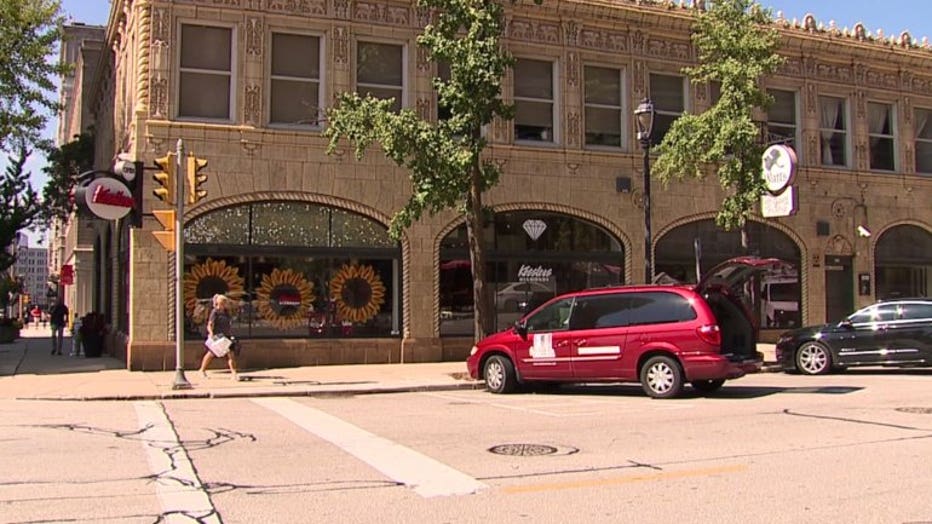 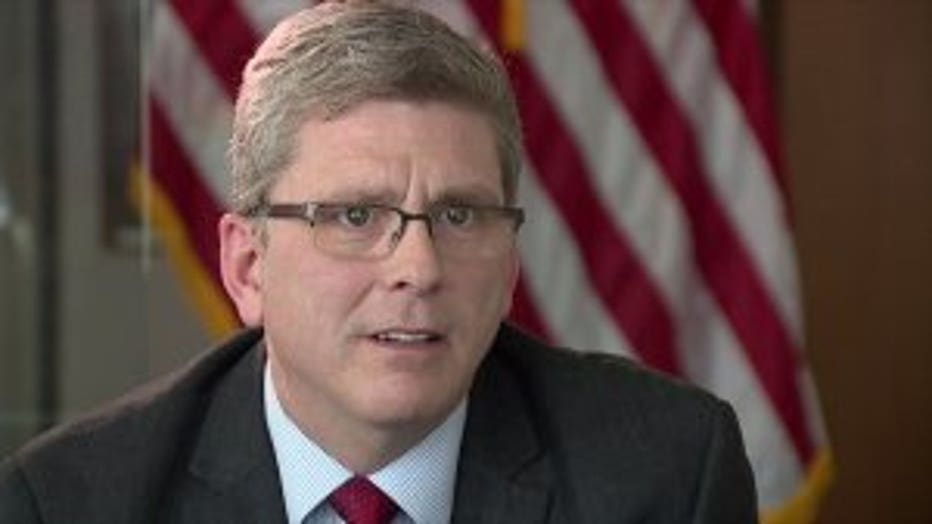 "I've certainly seen over the years lots of footage of people walking into galleries and grabbing something off the wall and walking out with, and they're on camera and they're immediately caught," said David Bass of the FBI.

Belmont Tavern has three of the 14 cameras covering that block of Jefferson Street -- and it is on the other side of the street from the Watts building.

"I never saw any police that came by to check the cameras," said Vin DiMatteo.

The FOX6 Investigators mapped the coverage of the camera at Belmont Tavern -- along with a conservative estimate for all the other cameras. The only way someone would likely be able to leave the lobby and not be recorded would be to turn right toward Mason and cross the street to avoid being spotted by the cameras that aim toward the intersection. 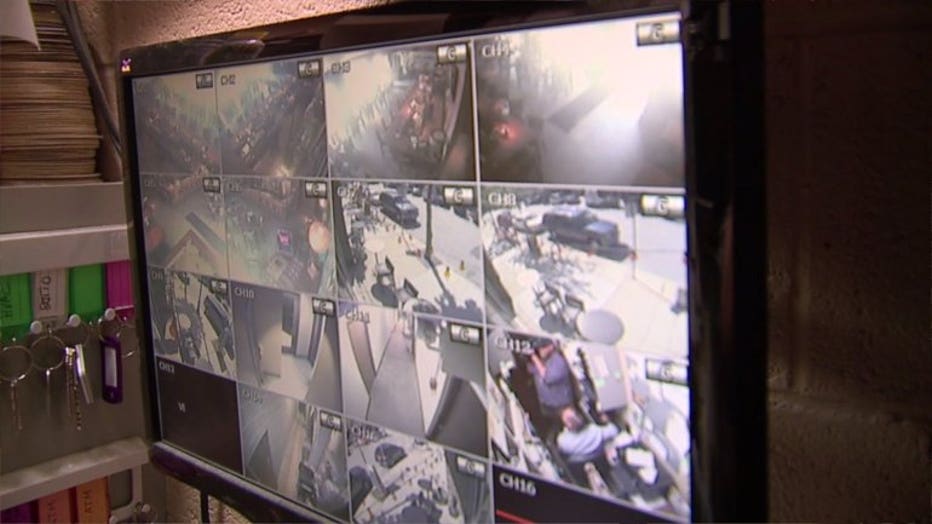 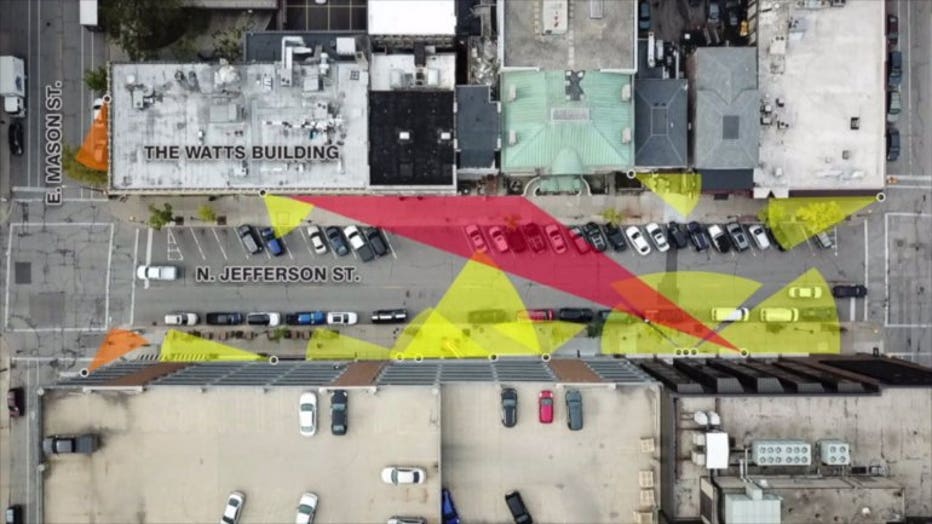 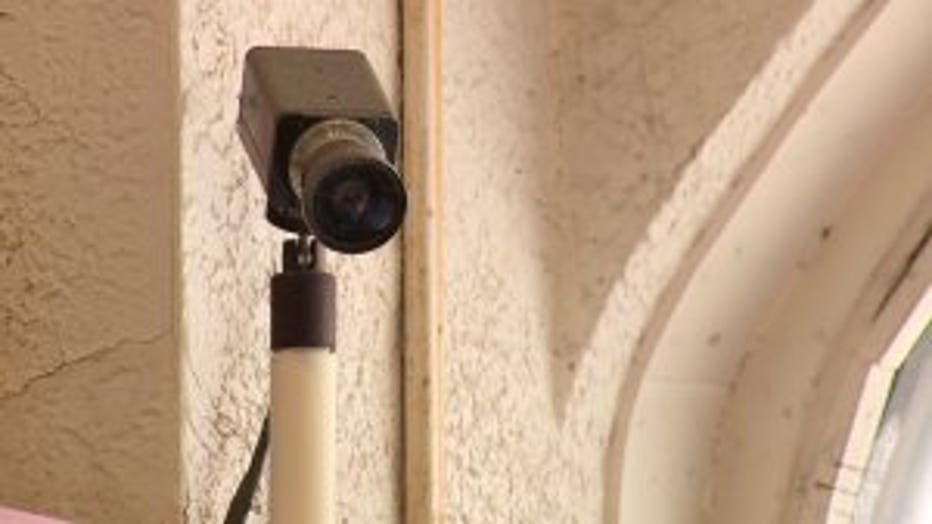 But what about a back way out? You might be thinking -- maybe the thief did not leave the way he came in. There is not a back door to the brick building.

If you are wondering why the owners would leave such a valuable piece of art in plain sight, all you have to do is look up in the lobby. There is a camera that could have captured the crime -- that should have captured the crime. But the building owner, the Watts family, told FOX6 News they turned the camera off when they closed their landmark tea room in the building the year before. 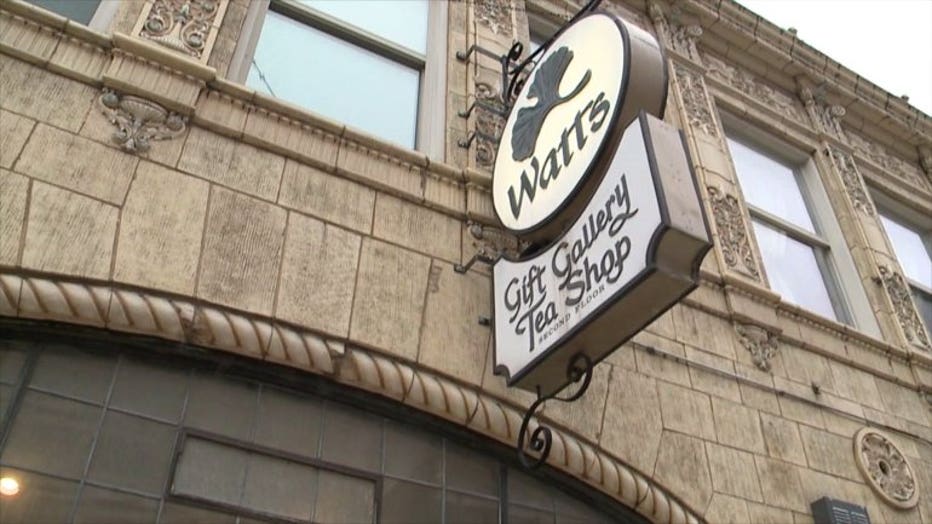 With no camera working, was it a planned heist? Did the suspect know how to avoid being seen? Or was it a crime of opportunity? Was it someone unaware of all the potential eyes -- who threaded the needle to escape unnoticed?

"I believe there's many possible scenarios. And I can't say one more than any other one would be what happened because the whole thing was so bizarre," DeLind said.

Bizarre because if they were after the most valuable art, they took the wrong piece. A Renoir in the lobby was worth way more -- and it was across the lobby from the Picasso. That said, Picasso's signature was on the print -- blazed in bold green pencil. 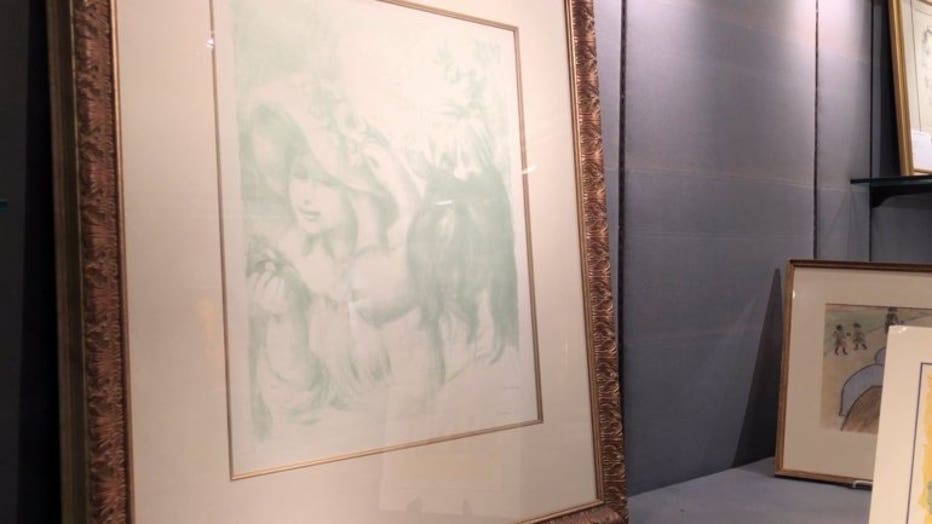 "Torero" is worth about $45,000. But for the person who took it, the piece will probably be worth nothing.

"It's a lot easier to steal the item than to actually sell it," Bass said. 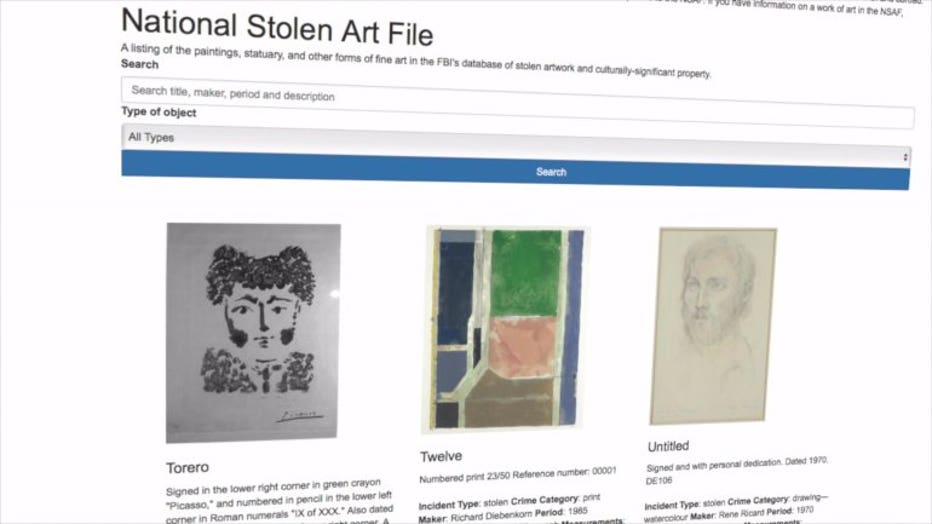 If the thief tries to unload the stolen art, reputable dealers will see red flags. 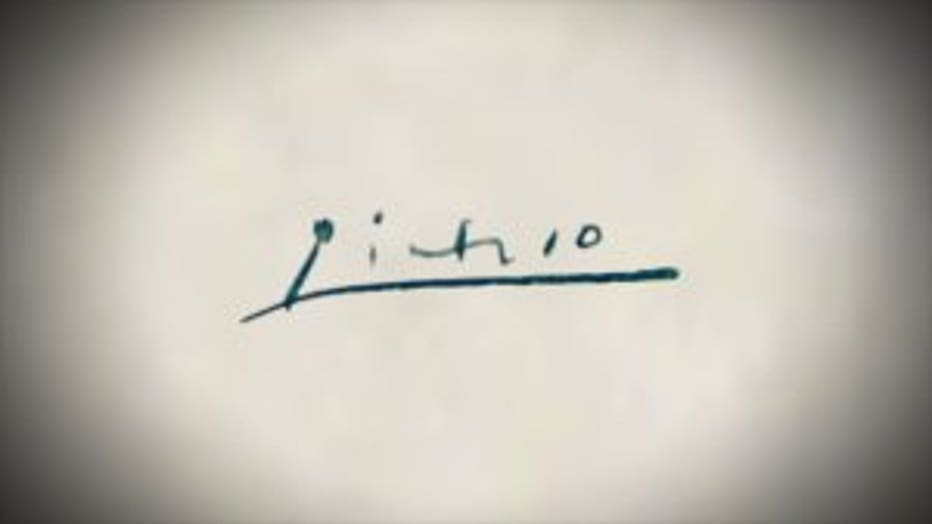 Meanwhile, the FBI keeps a database of stolen art they can reference.

"A lot of times, they'll just put it on the wall, in the basement or wherever, and it will stay there," Bass said.

Investigators have these words for the person or persons who took the Picasso print:

"If you made a mistake and you took something that you really didn't understand, do the right thing. Turn it in," Bass said. "There's a variety of methods that you could do it, maybe through a third party or leave the object in a particular location and call in an anonymous tip." 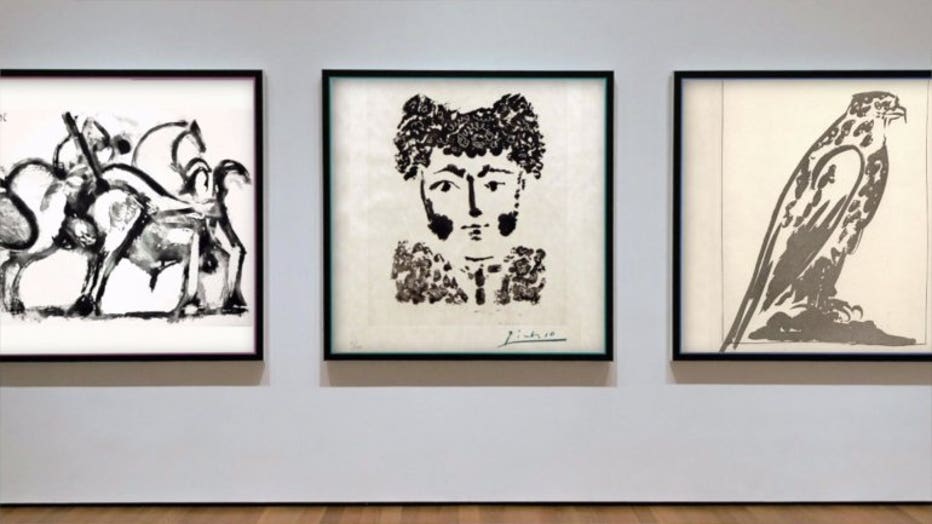 If they don't, someone else may. There is a reward of $10,000 put up by the insurance company -- which has now paid for the missing piece and owns it outright.

In the meantime, investigators and the gallery owners hope Picasso's "Torero" is in good hands.

As for the status of the investigation, Milwaukee police refused to be interviewed for this story -- and refused to even answer our written questions.