Jesus Adan Castillo, 22, is charged with first-degree murder in connection to the death of Zachary Tendoy, the son of Castillo's girlfriend, EastIdahoNews.com reported.

On March 23, around 4 a.m., the Bingham County Sheriff's Office received a 911 call that a child was not breathing at a home on the 1600 block of Camas Street. The caller told dispatchers the boy had fallen out of a crib.

Officers and paramedics went to the home and court documents state Zachary was laying limp on the floor with vomit on his chest. His pupils were fully dilated and his skin tone was described as blueish-gray.

Castillo and the child's mother were inside the home.

According to the court documents, Castillo told police that he was in the shower and the child's mother was sleeping when he heard a loud thud. Castillo said he left the shower to check on Zachary and the toddler "acted dazed" but seemed fine. The boy's condition quickly worsened, so Castillo told officers he woke up the boy's mother and called 911. 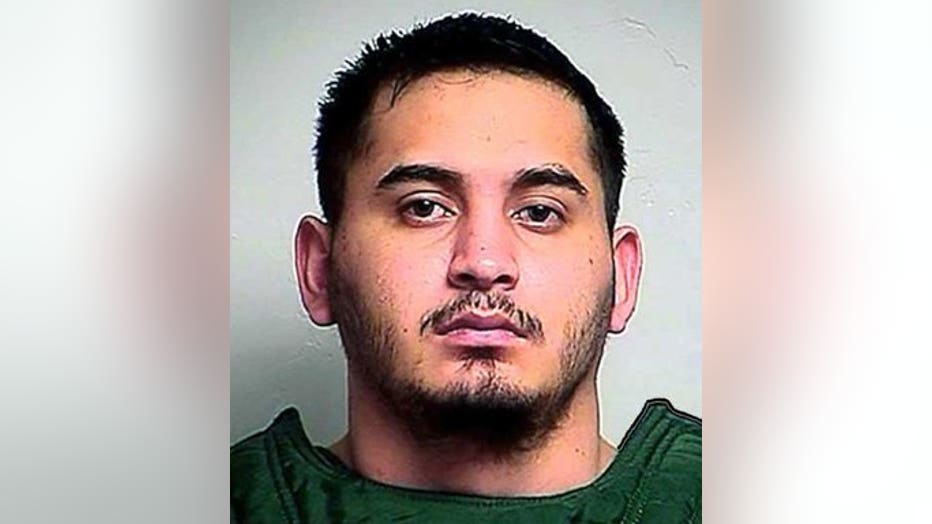 Jesus Adam Castillo (pictured), 22, is charged with first-degree murder in connection to the death of Zachary Tendoy, the son of Castillo's girlfriend. (Bingham County Sheriff's Office)

Zachary was rushed to Bingham Memorial Hospital, and a cat-scan revealed multiple skull fractures on both sides of his head along with brain swelling, according to documents.

"Doctor's explained…to sustain these injuries in a child of similar size (they would have to have been) in an auto accident at 70 mph … and the tear in the stomach is equivalent to being secured in only a lap belt of the time of the accident," court documents state. "The Doctors described the attack as being very violent."

After investigators learned this information, they called Castillo in for an interview.

Court records say the suspect laid out the following series of events that he said took place:

-Castillo and Zachary's mother were eating dinner and consuming alcohol.

-Castillo and Zachary's mother continued to drink alcohol while watching movies and talking.

-Zachary's mother went to bed. Castillo stayed up and continued to drink alcohol.

-Castillo went to shower when Zachary woke up and crawled out of his playpen. Castillo said he heard a thud and went to check on Zachary, who was upset. Castillo gave Zachary a bottle.

-Zachary was whining. Castillo said that's when he pushed Zachary as hard as he could. The boy fell down into a door jamb.

-Zachary got up and continued to follow Castillo – "bothering him." Castillo said as he walked away, the boy was behind him. Castillo said he "heel kicked" Zachary as hard as he could in the stomach. Zachary fell back, hitting a wall and door trim.

-Castillo then grabbed Zachary and tossed him back into the playpen.

-Castillo told investigators he put Zachary back in the playpen. Zachary crawled out and fell on the floor. Castillo went back into the room and found Zachary unresponsive on his back.

Zachary suffered from skull fractures and multiple other injuries, according to court documents. He was declared brain dead at 2:47 p.m. on March 25. Following his death, Zachary's family donated his organs to eight children in need.

Castillo was arrested on felony charges of aggravated battery and felony injury to child. Following the toddler's death, prosecutors amended the charges to first-degree murder.

Castillo remains in the Bingham County Jail on a $1 million bond. Bingham County Prosecutor Cleve Colson is not pursuing the death penalty, but if convicted, Castillo could face up to life in prison with a $50,000 fine.

Castillo is scheduled to arraigned in Bingham County on May 1.