RACINE -- Racine County Sheriff Christopher Schmaling on Friday, Nov. 8 revealed the identity of the young woman whose brutally abused body was found in a cornfield in the Town of Raymond in 1999. Jane Doe has been identified as Peggy Lynn Johnson. 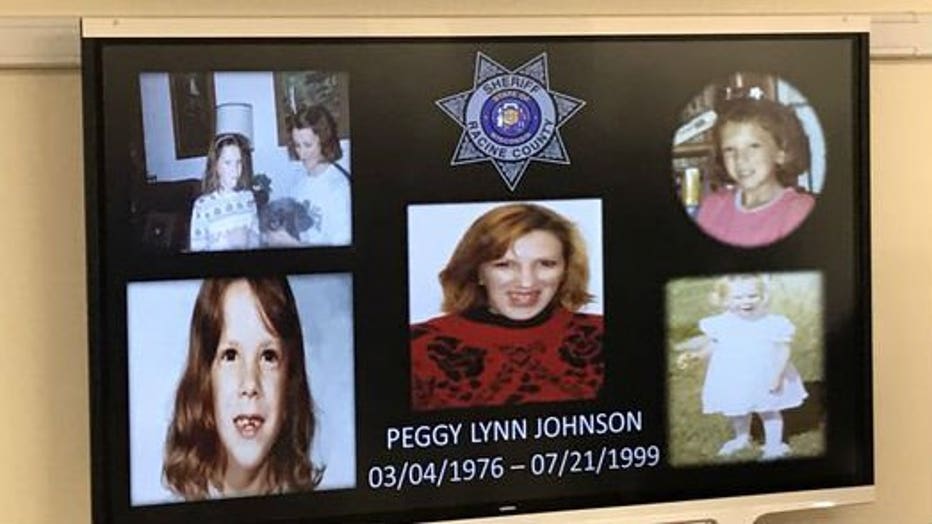 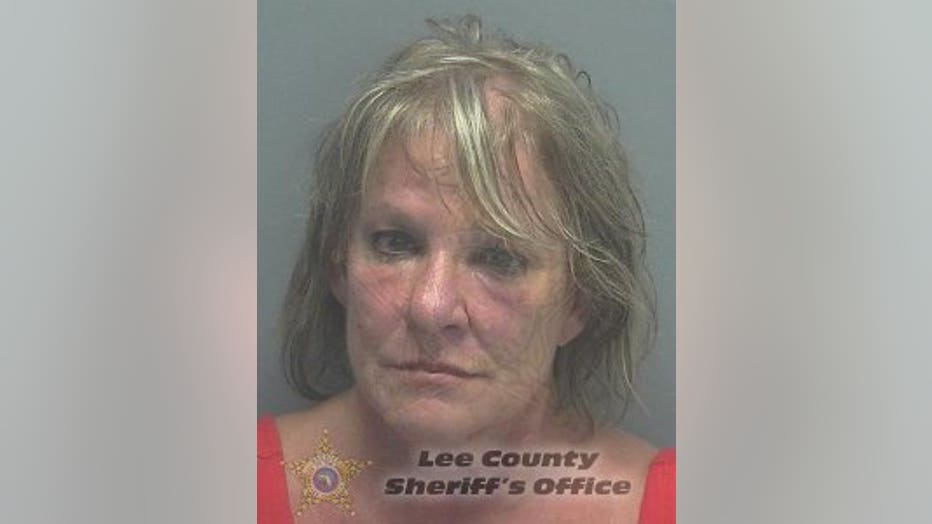 Linda Laroche, 64, has been taken into custody in connection with her death. She is facing one count of first-degree intentional homicide and one count of hiding a corpse.

"This is a day of mixed emotions, ladies and gentlemen," said Racine County Sheriff Christopher Schmaling. "We are very proud today by the fact that we can finally offer some closure and some peace."

Johnson had been tortured, murdered and her body dumped in a field. Her remains were discovered in a cornfield near the Town of Raymond in 1999 by a passerby walking his dog. An autopsy showed Johnson has suffered several suspicious marks, burns, abrasions, and lacerations from head to foot. The cause of death was ruled a homicide.

"She suffered from significant injuries and had been brutalized by many means over a long period of time," Schmaling said. 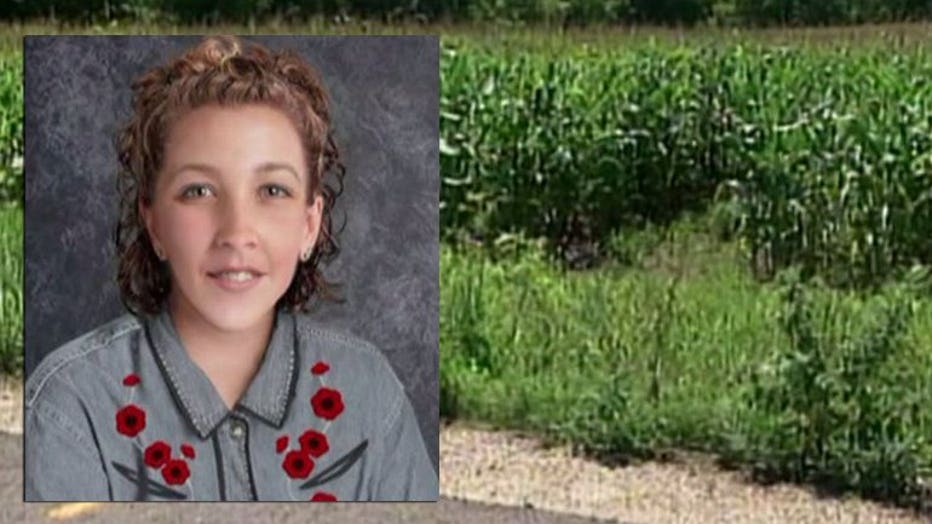 Johnson grew up in Illinois and was never reported missing. Her mother, father and brother are all deceased. 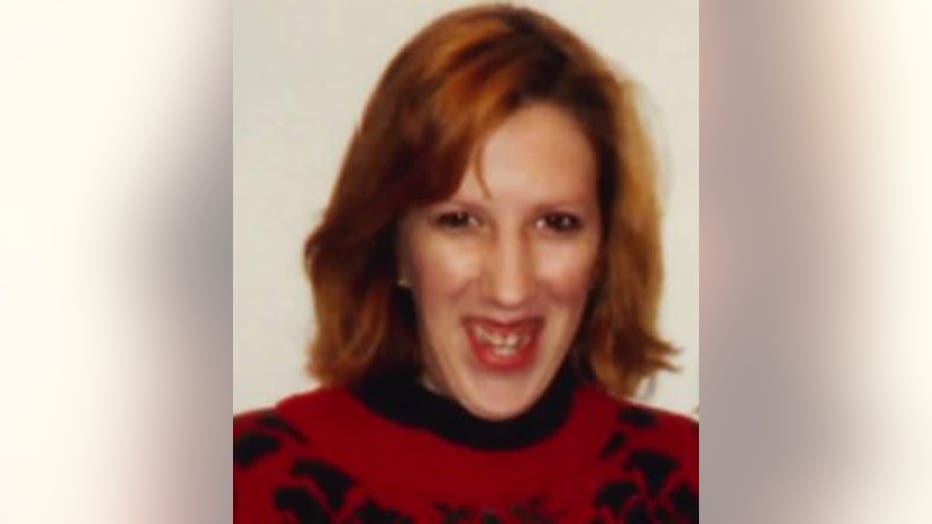 After her mother died, Peggy Lynn Johnson, who was approximately 18-years-old, cognitively impaired, and on her own, went searching for help at a medical clinic in McHenry, Illinois. There she met a registered nurse named Linda Laroche, who recognized Johnson's disability, and took her into her home.  Johnson lived with Laroche in McHenry for the last five years of her life.

"There she suffered long-term and horrific abuse at the hand of Linda Laroche," said Schmaling.

Linda Laroche was taken into custody in Cape Coral, Florida on Tuesday, Nov. 5. This, after the Racine County Sheriff’s Office received a tip from a concerned citizen that a woman, identified as Linda Laroche, of Cape Coral, Florida, was telling people that she had killed a woman back when she lived in Illinois.

According to the criminal complaint, in Oct. 2019 investigators interviewed one of Laroche's children upon receiving this tip. During the interview, they learned that in 1999 the Laroche family had a woman named Peggy Lynn Johnson living with them. Laroche, a registered nurse, took Johnson in because she was homeless. The arrangement was that Johnson would act as a nanny and housekeeper in exchange for living there, according to the complaint.

The complaint indicates Laroche’s children recalled that Laroche was very abusive to Johnson and that it was not uncommon for Johnson to have signs of injuries from Laroche. At times, when not working for the family, Johnson would be made to sleep and stay in a crawl space under the home. Laroche was verbally and emotionally cruel to Johnson, at times screaming at her like an animal. One child recalled Laroche stabbing at Johnson's head with a pitchfork, one recalled Laroche slapping Johnson in the head and face.

They all recalled seeing Johnson with injuries and one even asked Johnson what had happened to her after noticing a black eye. Johnson allegedly told the child, who was then an adult, that Laroche had punched her, according to the complaint. 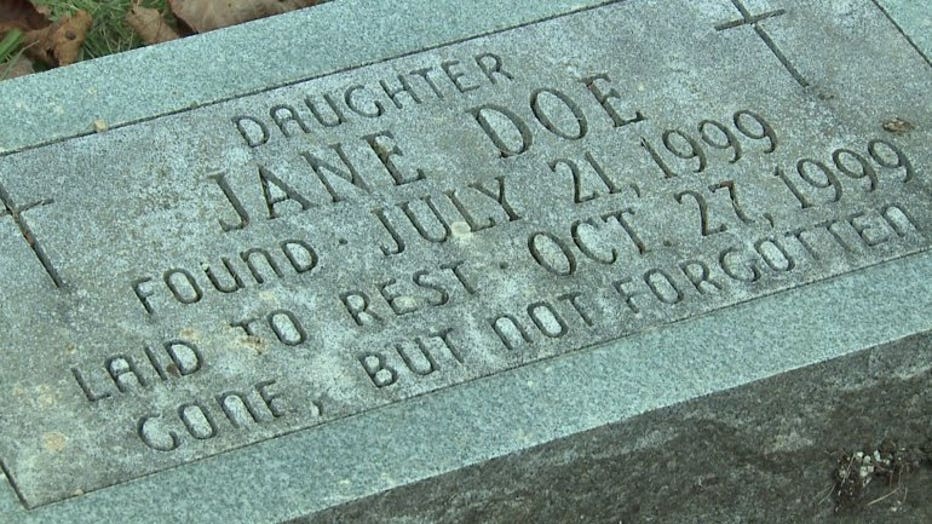 In November 2019, Laroche’s former husband also confirmed that Laroche was extremely abusive to Johnson. He reported that he recalled seeing Johnson at his home for the last time -- saying he had come home from work and found Johnson lying on the ground lifeless. Laroche told him Johnson had overdosed and she was going to take her away from their house so they would not be involved.

Laroche allegedly told her husband to take the kids out for ice cream. He recalled Laroche being gone for approximately two-and-a-half hours and then returning home without Johnson.  He states that he never saw Johnson again. 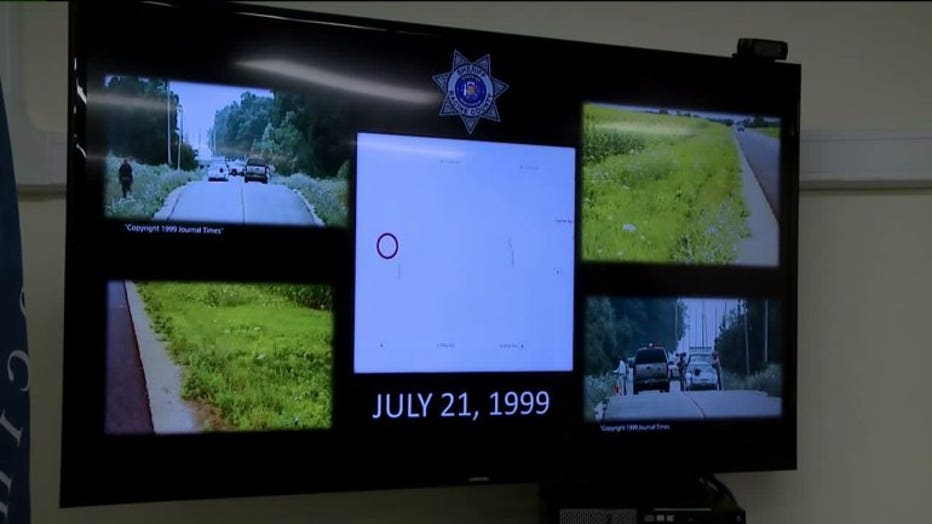 When confronted with the fact that Johnson's grandmother had been interviewed by police and said she had never met Laroche or her husband, Laroche later changed her story and admitted that she was not sure who the person was that she left Johnson with. 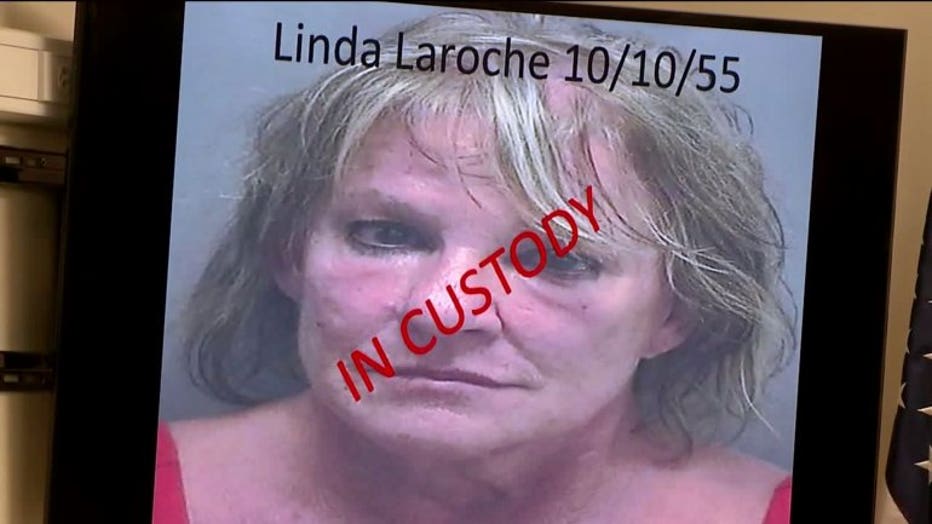 The following day, Nov. 6, 2019, Laroche again spoke with police and now admitted that after Johnson took the pills, Laroche had left her home and drove Johnson to Wisconsin. Laroche admitted to letting Johnson out of the car in a rural area and leaving her by the side of the road. Laroche asserted that Johnson was not injured when she dropped her off and that something must have happened to her after she dropped her off, contradicting the information regarding the condition of Johnson's body at autopsy.

An autopsy found no drugs in Johnson's system.

In 2019, through the use of Familial DNA testing, members of Peggy Johnson’s family were located and her identity confirmed.

The sheriff said Johnson's body will be moved once again. She will be laid to rest next to her mother in Belvidere, Illinois. She does have a living sister she never met.