KANSASVILLE, Wis. - Emergency crews in southeastern Wisconsin are thankful that circumstances weren't worse after two ice shanties fell through lake ice in the past two days.

While no one was inside or injured, area fire departments are now more prepared for a worst-case scenario thanks to rescue training in Kansasville.

It's hard to be ready for those temperatures no matter where you're from.

"Riley Powroznik just moved here from San Diego, and this is going to be his first time," said Molnar.

"I used to go in the ocean at this time and go to the beach, so it’s a little bit different," Powroznik, a Kansasville paramedic, said. "I’m excited, it’s something new and different."

But if anyone's prepared, it's the firefighters and paramedics who geared up to go out on Eagle Lake.

"These suits keep us perfectly dry," Caledonia firefighter and paramedic Matt Weiher said. "We’re 60% more likely to become a victim in these types of situations versus a house fire, for instance. One of the biggest reasons is just a lack of training." 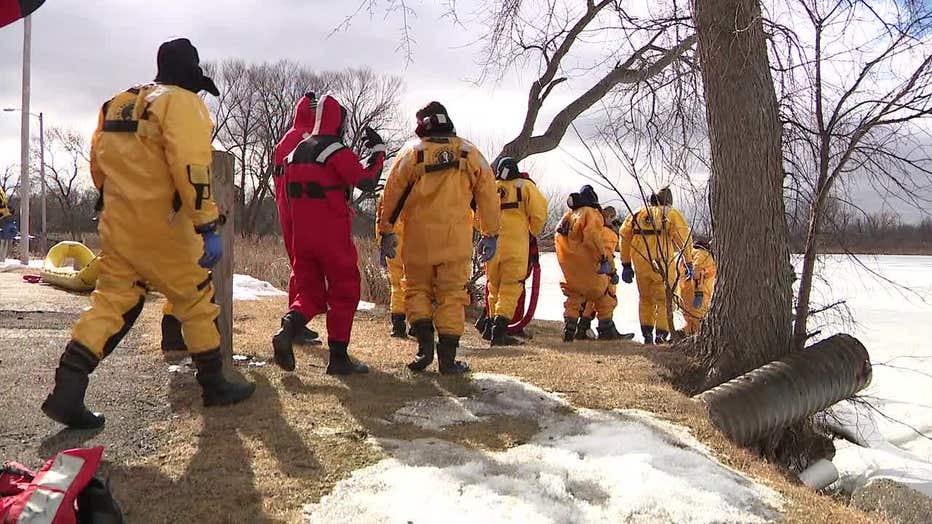 The ice rescue training, sponsored by Educators Credit Union, was free for eight fire departments from across Racine and Kenosha counties. The knowledge is priceless.

"Seconds count. We must get there quickly and get them out of the water, get them warm and get them to a hospital," said Molnar. 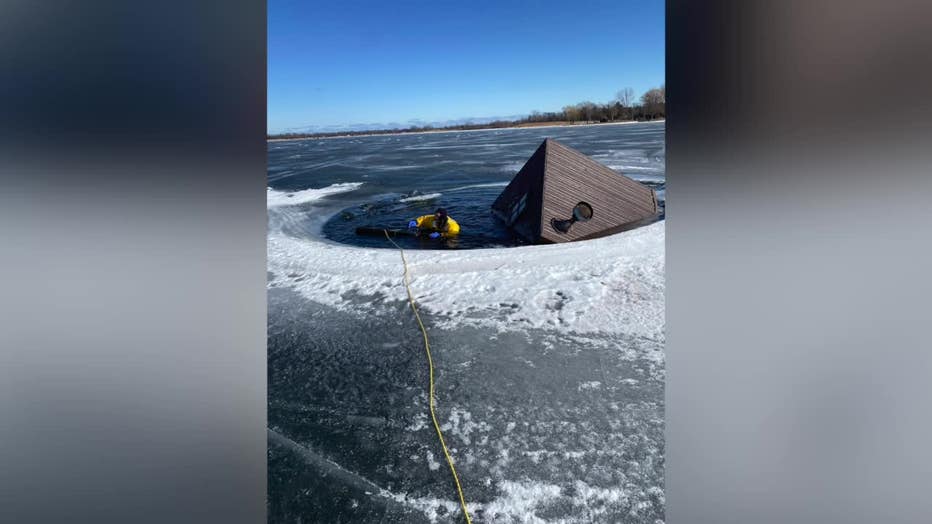 Departments partner with Flight for Life, but also each other – including after those two shanties went through the ice in roughly 24 hours.

"We have several large lakes around. Every year it’s going to happen," said Wind Lake paramedic Jules Gorak. "We love the practice to make sure we’re ready to do it when we actually have to."

Firefighters told FOX6 News that ice rescues can become more common as spring approaches and the ice things. They said to make sure to always have a buddy and to dress warm.

A Milwaukee man is charged with battery by prisoner and disorderly conduct after a fight at the Racine County Jail on Saturday.