FRESNO, California -- A California man, who says he saved his family from an apartment fire, also saved a slab of ribs from going up in flames! 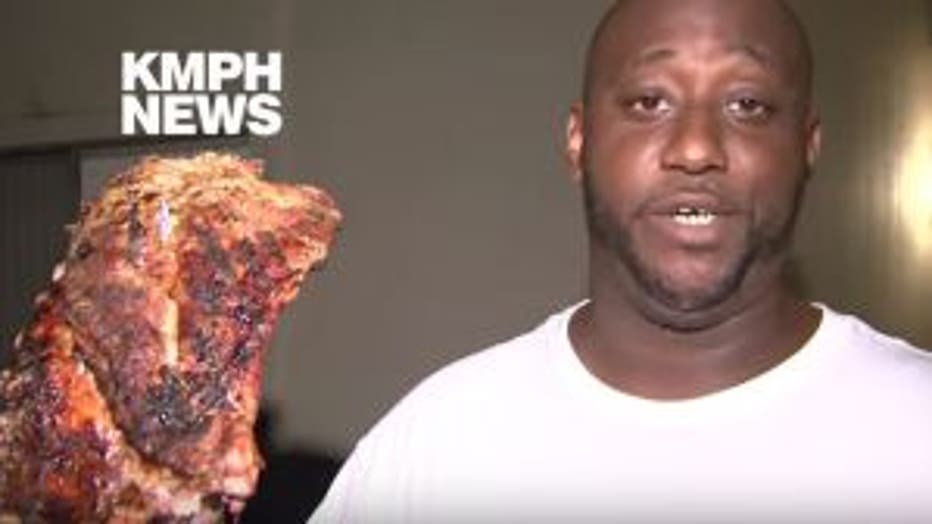 Robert Wright talked to a KMPH photojournalist about the "rib rescue."

He says he was barbecuing ribs when he noticed the fire next door. He got his kids (and then his ribs) -- saying he didn't want the ribs to burn.

KMPH says a woman and her six-year-old child were hospitalized with smoke inhalation as a result of this fire.