WAUKESHA — If you had to take a driver's test again like you did when you were a teenager, do you think you'd pass? Due to a recent change in state regulations, thousands of Wisconsin amputees are facing a question that could put their driver's license at risk.

If you think you have a good excuse to workout, Fritz Rudy may convince you otherwise. 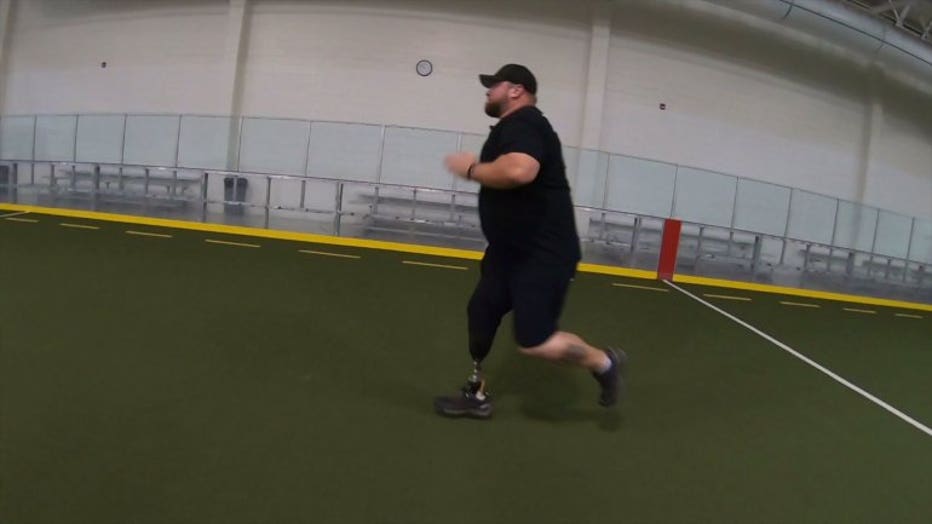 "I do more now than I ever did before," Rudy said.

The U.S. Army veteran and father of two puts metal to the pedal every day. He has put more than 100,000 miles on his Ford Expedition since losing his lower right leg in a motorcycle crash six years ago.

"I have been driving since 2013 without issue," Rudy said.

However, when he tried to renew his license in October in Oshkosh, the DMV said he would have to take a driving test -- just like the one he took when he was 16.

"To say I was very upset would be an understatement. It's crushing. It's demeaning. It's belittling," Rudy said. 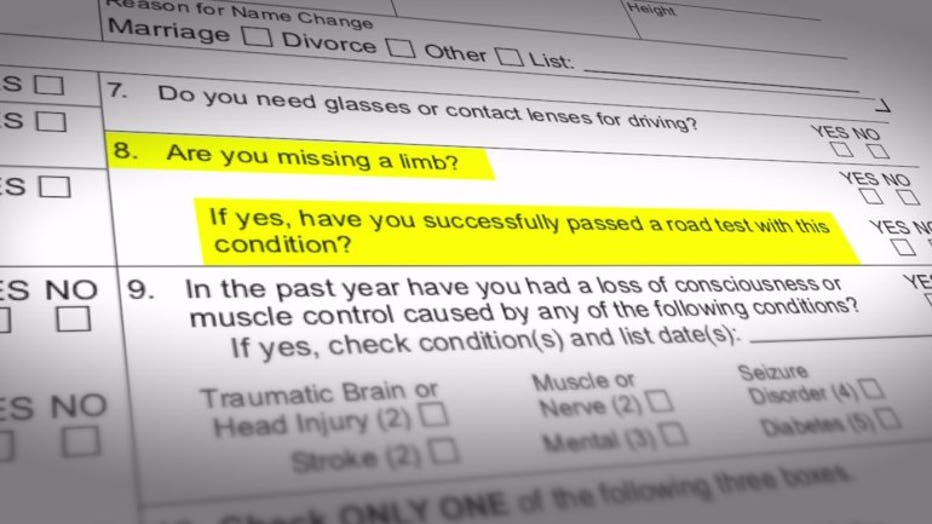 At DMV offices across Wisconsin, amputees are facing a question that could put their freedom at risk -- are you missing a limb? If so, have you passed a road test with this condition?

"It was intended to help us bridge a conversation, a very difficult conversation," said Corey Kleist, chief of the Wisconsin DMV's Qualifications and Issuance Section. "We're just trying to verify that people have adapted to life-changing situations and can still drive a car."

"I think it's appropriate to ask questions as long as there is evidence to support it," said Shawn Faessler of the Amputee Coalition.

Faessler lost his lower left leg in a crash 17 years ago. He's been driving ever since.

In an exchange captured by hidden cameras provided by FOX6 in October, a Waukesha DMV counter clerk told Faessler he couldn't drive a stickshift. 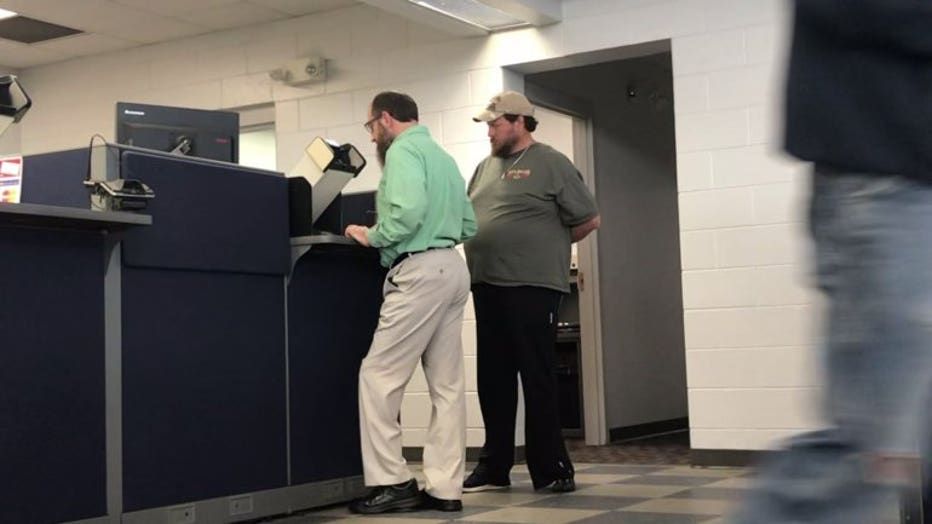 Shawn Faessler at the DMV in Waukesha.

"You're fine with having an automatic transmission restriction on your license?" the DMV counter clerk asked Faessler.

"No? OK, then you'd have to go through testing,"  the DMV clerk said.

Soon, the clerk changed her mind.

"You determined today that he didn't need to retest. How did you do that?" asked Steve Johnson, an amputee advocate who joined Faessler at the DMV.

"Because he walked up to the counter without issue," the clerk responded in the video.

The answer lies more than 2,000 miles away from southeastern Wisconsin in Davis, California. 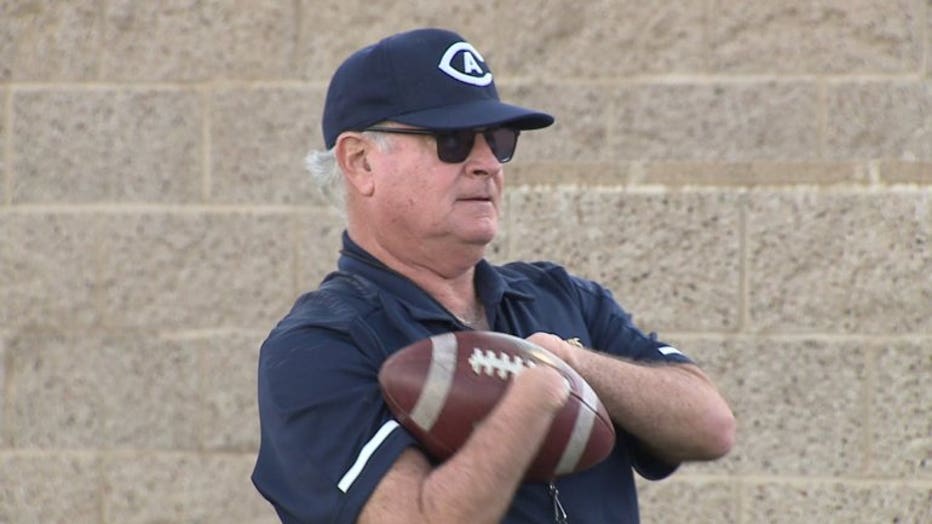 Mark Speckman is an assistant football coach at UC-Davis who was born without hands.

"You figure out ways to do things," Speckman said.

Speckman had a valid driver's license in California for more than 40 years until he briefly moved to Wisconsin in 2015 for a coaching job at Lawrence University in Appleton.

"Everywhere I went, they had a different protocol," he said.

Three different DMV offices refused to issue him a license unless he passed a driving test.

Speckman sued the Wisconsin Department of Transportation for discrimination.

"Well, that lady looks short. How do you know she can see over the dashboard? Why don't you test her?" Speckman recalled thinking at the time.

Six months later, they reached a settlement. The state agreed to pay Speckman $10,000 to record a presentation for DMV customer service agents, and the settlement required a new question to be added to the license renewal form -- the question about missing limbs. 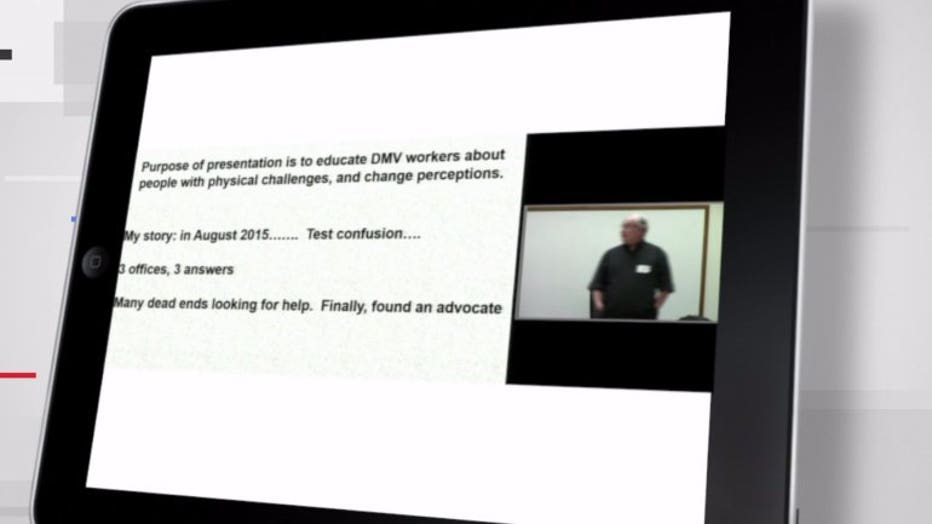 Three years later, he's not so sure.

"I had no idea there'd be unintended consequences," Speckman said.

Speckman moved back to California in 2017. And in October 2019, Johnson flew there to meet the man whose lawsuit has become legend in Wisconsin's amputee community. 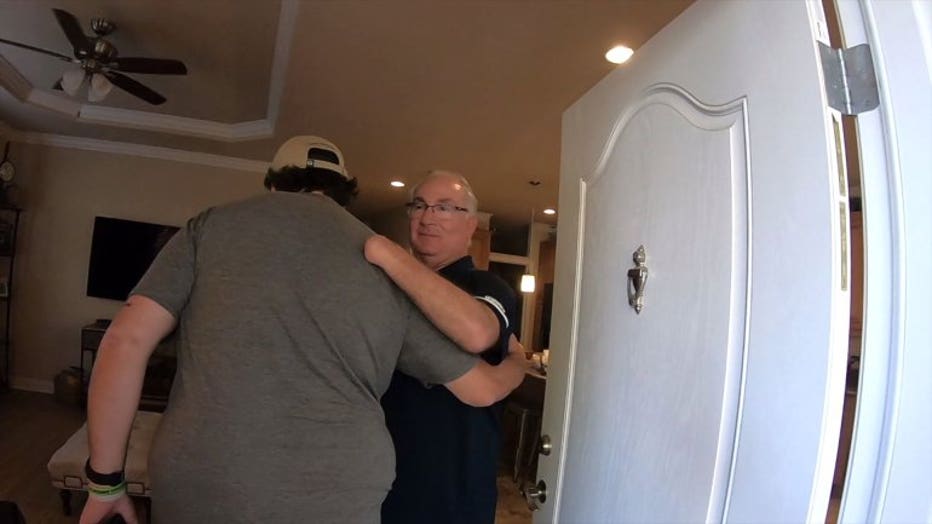 "It fit my situation perfectly, but it doesn't fit everybody else's," Speckman said.

Speckman said the question worked for him because he has passed a driver's test in his current condition -- he was born this way -- but for more recent amputees, the question poses a problem. Many have been driving cars for years since their amputation, but are just now coming up for renewal, since Wisconsin's license cycle is eight years long.

Johnson says, if a doctor had a concern about a particular driver, he or she can follow a process that already exists for reporting drivers whose medical conditions are cause for concern.

Now, anyone who has lost a limb is suspect.

It's an issue, even though the DMV admits it has no data suggesting amputee drivers pose a greater risk on the road than anyone else.

"There is zero data at all," Rudy said.

"It doesn't make a lot of sense to me," Faessler said.

"We added questions specific to one group of people based on the settlement of a lawsuit," Kleist said.

Even before the question was added to the form Kleist says it was already Department of Transportation policy to retest drivers with missing limbs. 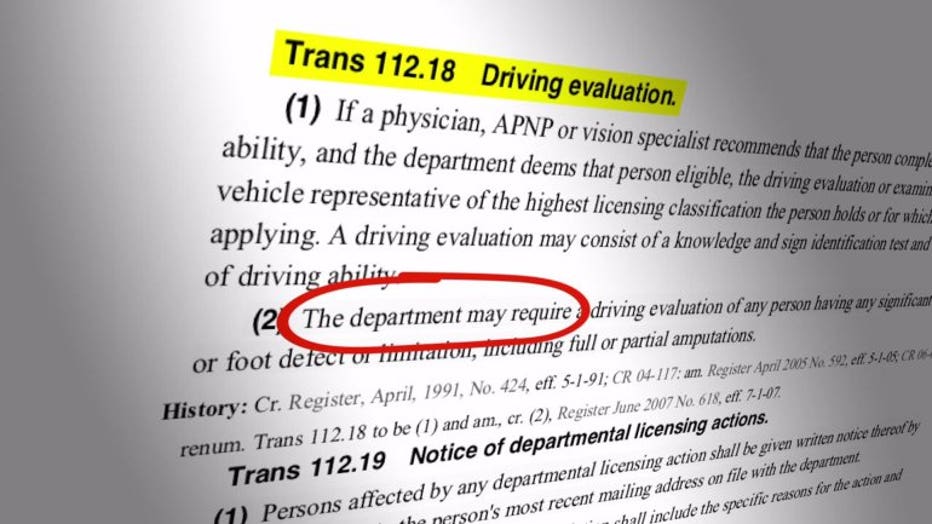 "If I read it correctly, it actually says may be tested," Polcyn said to Kleist.

"May be tested," Kleist responded.

"Not will be," Polcyn said.

It's known as Wisconsin Trans Rule 112.18 - Driving evaluation, which reads in part:

"The department may require a driving evaluation of any person having any significant limb, hand or foot defect or limitation, including full or partial amputations."

"If they may be tested, how do you determine that they will be?" Polcyn asked Kleist. 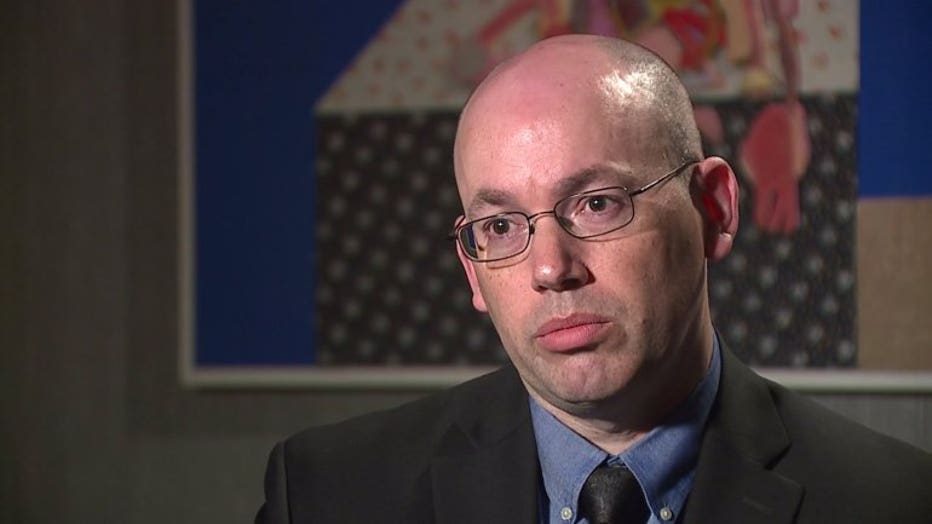 Speckman just wanted the Wisconsin DMV to show more respect to people with limb loss. Now, he thinks the state just wanted him to go away.

"Do you think they were blowing you off?" Polcyn asked Speckman.

Turns out, the $10,000 presentation taxpayers paid for that was supposed to suggest "comfortable and respectful ways for DMV customer service agents to serve people with disabilities" isn't getting used.

FOX6's investigation found the state does not use the video for employee training.  When FOX6 asked for a copy, the state said it was not a public record. 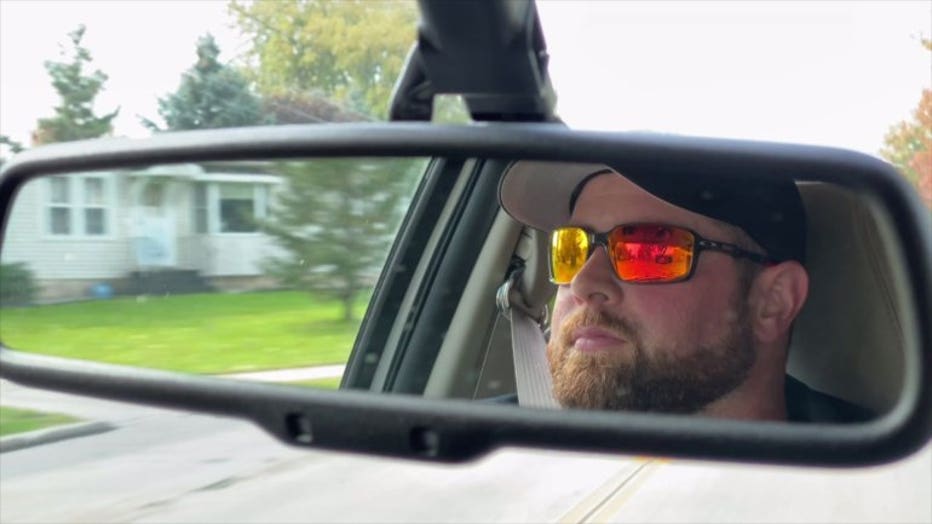 "So, if it's not available for the public to see and it's not being used for training, what was the point of the video?" Polcyn asked Kleist.

"I don't know from DOT management's perspective what the point of that was," he said.

Speckman left Wisconsin believing he'd scored a victory over discrimination, but now wonders if the question he created is merely being used to perpetuate it.

"It's a slap in the face. Discrimination at its finest," Rudy said.

"It's backwards and it's not a good look for Wisconsin," Speckman said.

FOX6's investigation is already getting results. Just hours before our story was set to publish Wednesday, Nov. 6, the DMV Deputy Administrator Patrick Fernan informed Johnson that they've come to an agreement to modify the question on the license renewal form. 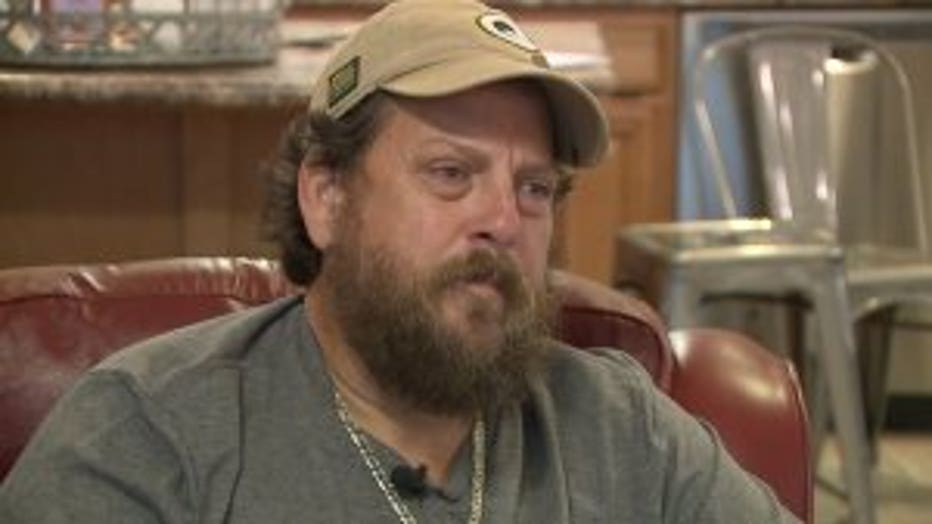 Instead of singling out drivers with missing limbs, the DOT will replace that question with this one:

"Do you have physical limitations which interfere with your ability to perform the normal tasks associated with operating a motor vehicle?"

"If yes, have you successfully passed a road test with this condition?"

Fernan says this should address the amputee community's concerns while still allowing the state to fulfill its mandate to safeguard the public.

Johnson says he is grateful for the work DOT has done to resolve their concerns. He called both Kleist and Fernan "instrumental" working to come up with a solution.