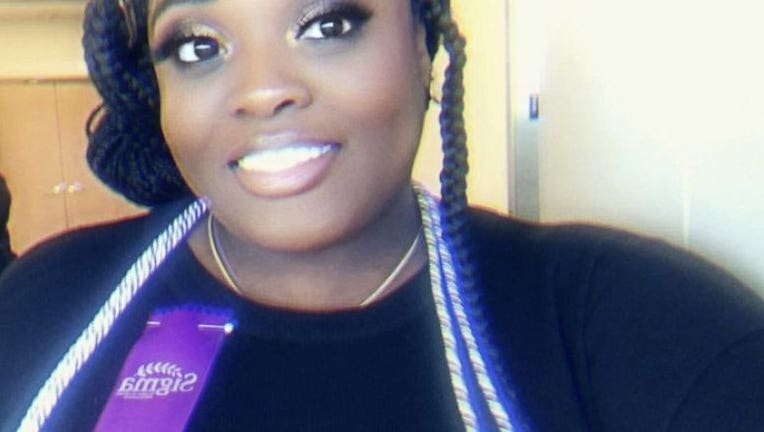 PINE BLUFF, Ark. -- Andrewnae Botas, a student at the University of Arkansas at Pine Bluff, had some major accomplishments during her last semester at school, not the least of those being that she beat COVID-19 and was awarded a nursing degree.

Botas started to notice symptoms of the novel coronavirus around March 13, but attributed them to allergies, as the seasons were changing, and she wasn’t surprised she was sneezing or had a scratchy throat, according to a press release from the university.

But after taking some allergy medication, Botas realized her symptoms were not subsiding as they normally would, so she decided to go to an urgent care facility.

Staff at the urgent care tested Botas for flu and strep, but both came back negative, so they resorted to giving her a steroid shot and some allergy medicine, both which had no effect.

The day after her visit to urgent care, Botas developed a 100-degree fever and she woke up feeling like there was a boulder on her chest.

“I couldn’t really breathe, and my temperature spiked to 103 degrees,” Botas said. “I realized then that this was not normal at all.”

Botas rarely got sick, so she decided to go to the hospital, where she was diagnosed with pneumonia and was tested for COVID-19 as a precaution.

A few days after that visit, she received the call telling her she had tested positive for the virus.

Botas had been staying with a friend of her mother’s, Kathy Harris, after classes transitioned from in-person to online.

Harris, who did not have any symptoms for the virus, took on the role as caregiver for Botas.

“Our relationship grew because she is friends with my son,” Harris said. “You never know what kind of situation you’ll get into. You have to live through it to know how it feels. It was an overwhelming experience, but I love her like a daughter.”

The next few weeks were grueling for Botas mentally, physically and spiritually. In addition to having difficulty breathing, she was also dealing with muscle pain, nausea, vomiting, diarrhea and had lost almost 20 pounds in a staggering seven days.

“I prayed a lot and cried a lot,” Botas said. “At times, I thought I was at the end. calling on God, talking on the phone with my family, and the help of Ms. Kathy – that’s what got me through it.”

On April 3, Botas was cleared of her COVID-19 symptoms and was given the all-clear.

She concentrated on her studies, which was no easy task as she had been fighting the potentially deadly virus for weeks. But she managed to get through her final exams and got her nursing degree.

Botas is now focusing on passing her NCLEX (National Council Licensure Examination) and hopes to become a registered nurse.

“Getting it at the age of 22, I realized that this could affect anybody,” Botas said. “It could affect you if you’re not taking the right precautions. I feel it needs to be taken seriously now more than ever.”