MILWAUKEE -- One of the largest job fairs in the state for military veterans took place right here in Milwaukee. On Thursday, March 10th, there was some encouraging news for veterans looking for a job. 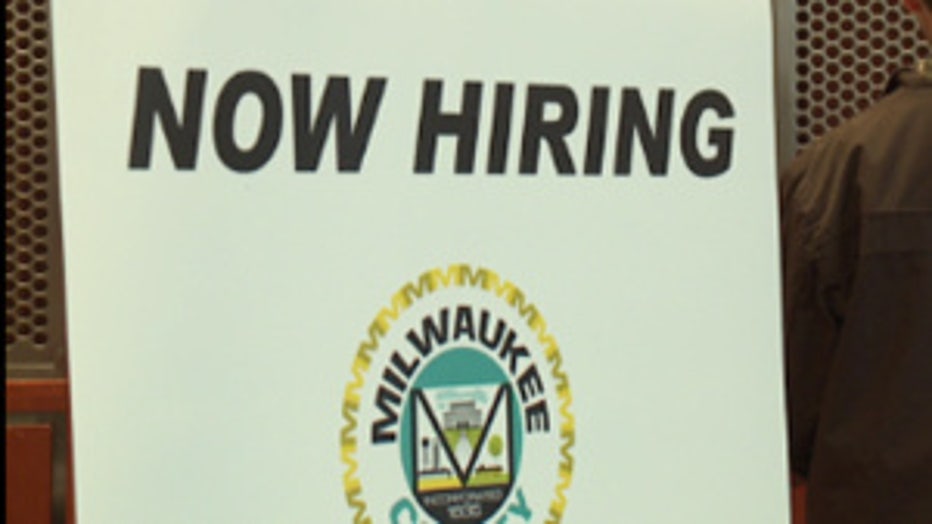 James Cox, a Vietnam veteran, has a part-time position driving a school bus.

"I am an EMT, so I achieved that through the military. I would like to do something medical related," said Wardin.

"A veteran gets done with his job, and he goes and looks for someone else to help. The non-veteran goes to get a cup of coffee or goes to read the paper," said Greg Williams, Job Fair Planning Committee member. 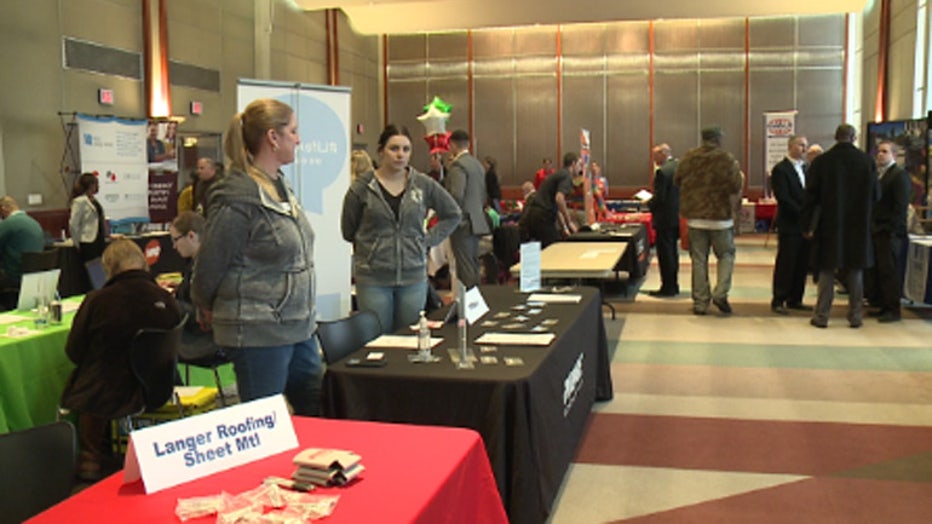 Since this job fair started about a decade ago, organizers say they have actually seen fewer veterans attending, which they say is a good thing because it means more of them are finding jobs. It's also why they have been able to open up the event to not just veterans, but their families too.

The job outlook for veterans in Wisconsin is improving. The Bureau of Labor Statistics reports the unemployment rate for veterans in the state dropped from 9 in 2010 to 4.1 in 2014. 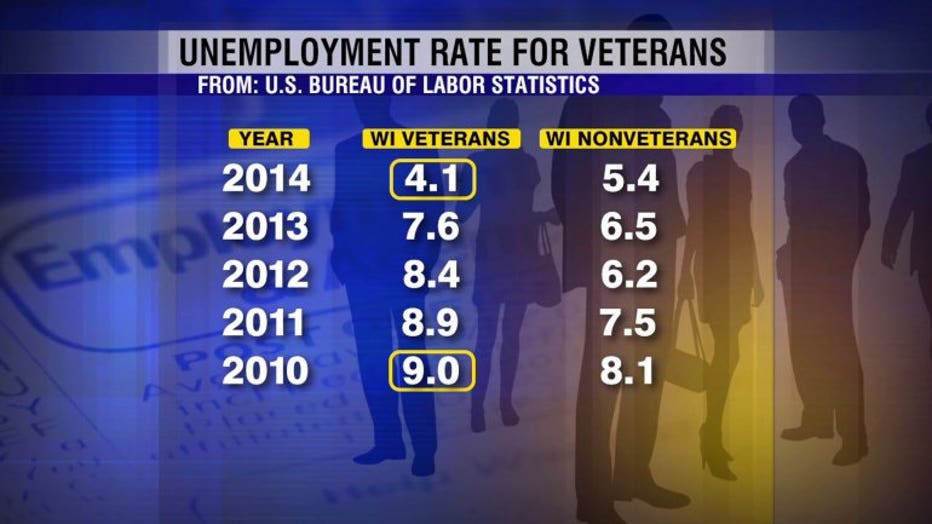 "In the last five years, we have been adding more and more employers to these vet fairs and we have been doing a better job getting the word out about them," Milwaukee County Executive Chris Abele said.

The Veterans Job Fair at the War Memorial is organized by Milwaukee County, the VA and the Wisconsin Department of Workforce Development. It happens twice a year -- in the spring and fall.