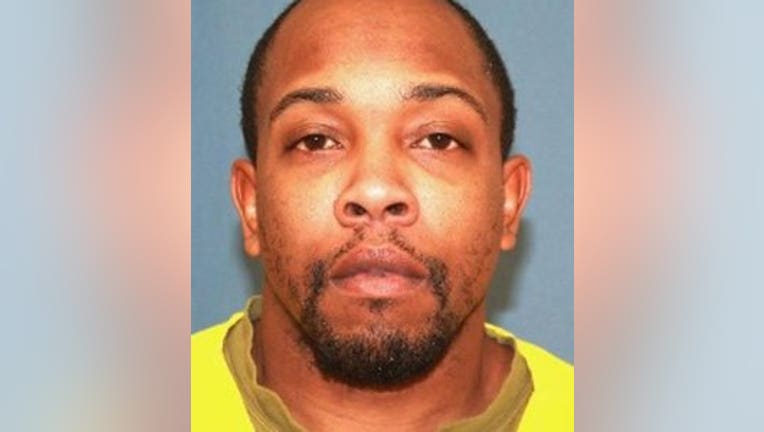 MILWAUKEE -- A convicted felon convicted in connection with the death of a man who was reported to have been last seen alive on Christmas Eve 2017 was sentenced to prison on Friday, April 26.

Skylard Grant, 35, on March 12 pleaded guilty to one count of second degree reckless homicide, as party to a crime, and one count of possession with intent to deliver THC, less than 200 grams. Two other charges were dismissed by prosecutors as a result of the plea deal.

In court on Friday, Grant was sentenced to serve 14 years in prison and nine years' extended supervision. Additionally, he was ordered to pay more than $3,800 in restitution.

Antwone Berry was reported missing by his girlfriend on Dec. 28, 2017. She indicated she last spoke with him on Christmas Eve 2017. She advised police Berry was known to hang out with a friend known as "Nip" and provided investigators with his phone number.

The criminal complaint said investigators visited "Nip's" workplace -- where a manager identified Skylard Grant, an employee, as someone Berry hung out with. It was learned that Grant had failed to show up to work for "several shifts." He was last seen at work the day before Berry was reported missing -- Dec. 27, 2017.

Investigators were called back by Grant on Jan. 1, 2018. He indicated he had been contacted by several of Berry's family members, and he "had not seen Berry." He said they were supposed to get together near 39th and Florist, but the person who was supposed to drop Berry off never did. The complaint said Grant indicated he had not seen Berry since Christmas Eve 2017, nor had he spoken with him. 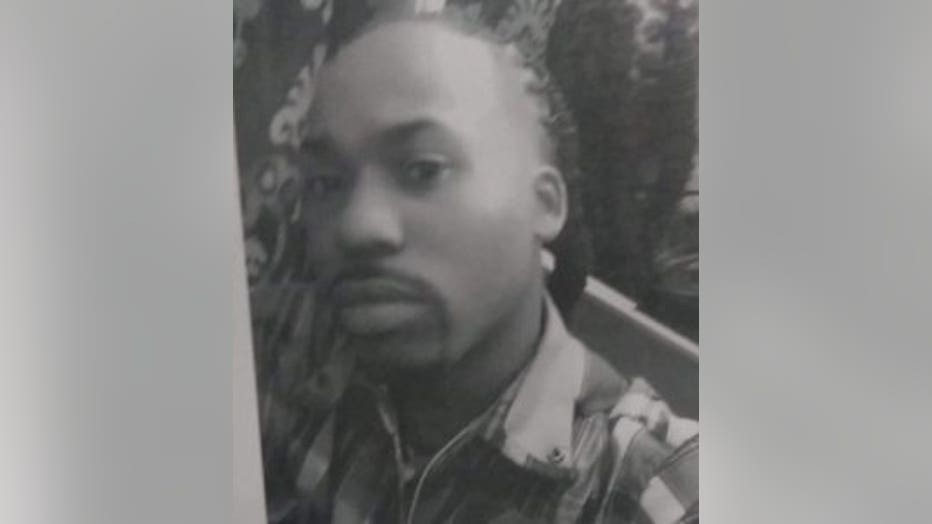 The case involving Berry was upgraded to a "critical missing case," and investigators determined Berry had been last seen alive on Christmas Eve 2017, into the early morning hours of Christmas Day -- at a gathering near 39th and Florist.

Berry's body was found in a shallow ditch on Jan. 7, 2018 near Fond du Lac Avenue and the Little Menomonee River Parkway (near Fond du Lac and Mill) -- with a laceration to the left side of his head. Additionally, the complaint said he suffered a single gunshot wound to the stomach. An autopsy revealed he suffered two gunshot wounds -- one to the left temple area and one to the left side of his abdomen. His death was ruled a homicide.

The complaint said investigators spoke with Berry's girlfriend again, who indicated in December 2017, Berry told her that he and "Nip" had purchased marijuana and were selling it together. She said she noticed a change in behavior in Berry, and said he was "staying out all hours of the night with Nip." She said on Christmas Eve, she called and texted Berry multiple times, but he didn't respond. He later called back and said he was at a party at his cousin's house. She said she went to bed and woke up early on Christmas Day, and Berry still wasn't home. She reached out to him numerous times, but never heard back. She said she also reached out to "Nip," who said he had not seen Berry.

The complaint noted it was believed Berry was killed in the early morning hours of Christmas Day 2017.

Investigators spoke with the man whose house was the last place Berry was seen alive. He advised he knew Grant "to have bragged about killings." The man said early on Christmas Day, Grant came over with his girlfriend -- and Berry was calling the man's phone and also Grant's phone. Eventually, Berry ended up at the home. The complaint said Grant "was mad at (Berry) for not putting money on (Grant's) books when (Grant) was in jail. Additionally, the complaint said Grant "was drunk and was arguing with (Berry) over coming out to hang out with" the man whose house they were at -- indicating that man was "his people."

The man told investigators Grant and Berry left his house in Grant's Ford Explorer. He said Grant told Berry "he was going to take him home and then shoot him." He said Berry asked Grant if Grant was going to shoot Berry with his own gun, and Grant said, "Absolutely," according to the complaint.

The complaint said Grant eventually returned to the home and used a vacuum cleaner to clean out his trunk, then cleaning out the vacuum with bleach -- throwing a tree branch onto the lawn.

An investigation revealed that tree branch did not appear to match any of the vegetation around the home where it ended up. It was determined to be consistent with the vegetation from the crime scene where Berry's body was found. 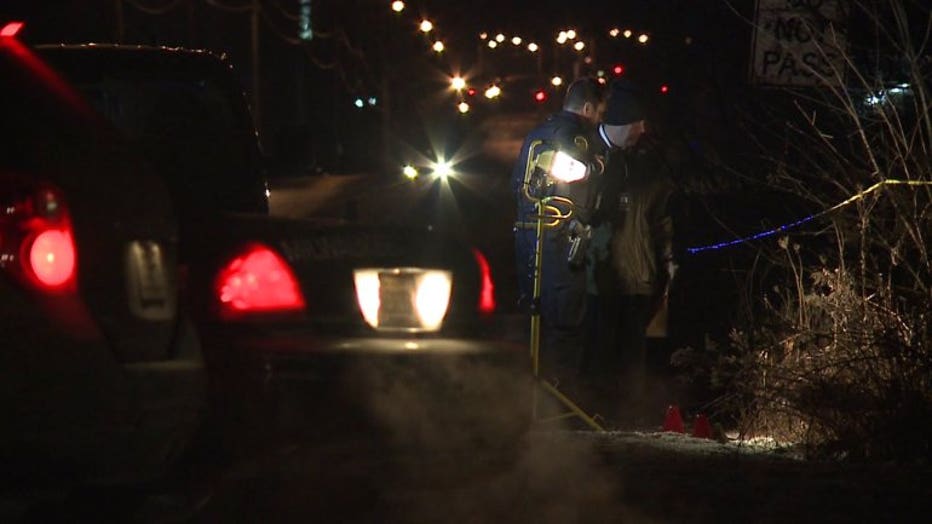 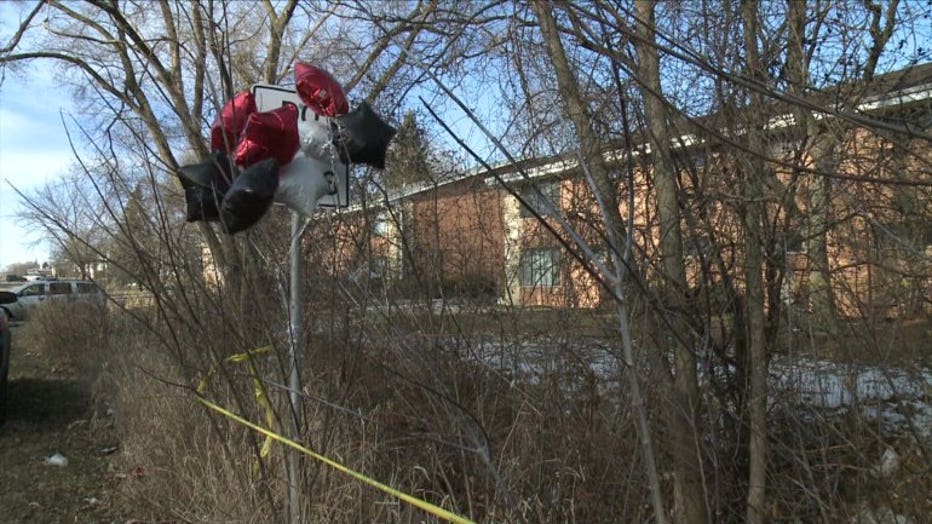 Investigators spoke with Grant's girlfriend, who said despite Grant denying he had seen Berry, she and Grant had seen him. She said they stopped at a friend's house, and "there was an argument" between Grant and Berry. She said eventually, Grant drove her home. He then said he was going to park the truck, but was gone for up to two hours.

The complaint said the day after Christmas, a man said he met up with Grant, who attempted to sell him a 9mm handgun that he knew belonged to Berry. When the man asked Grant if he knew where Berry was, the complaint said Grant told him, "You ain't gonna be seeing him no more. I had to take care of him."

Grant was arrested on Jan. 4, 2018 at his probation agent's office.

The complaint said an analysis of Grant's phone records showed there were no calls made by Grant to Berry beginning on Dec. 25, 2017, which the complaint said was "consistent with (Grant) knowing (Berry) was dead." The complaint noted there was daily contact before that. There were three incoming calls from Berry to Grant on Dec. 30 and Dec. 31. It was learned Berry's phone had been "ported" to Berry's family in Mississippi, and a relative said she had used Berry's phone in an attempt to contact Grant "because he was the last person seen with (Berry), and she was hoping using (Berry's) phone to call (Grant) might cause him to provide some information." However, Grant never picked up the phone. She said she then called Grant from her own phone and he answered.

Further anaylsis of Grant's phone showed on Christmas Day 2017, it was utilizing a tower approximately two blocks from where Berry's body was found. Additionally, investigators looked at video that showed a vehicle that was the same model and color as Grant's vehicle in the area early on Christmas Day 2017.

A search warrant was executed at Grant's home on Jan. 5, 2018. There, the complaint said investigators found marijuana and drug paraphernalia, a 9mm handgun, and several documents with Grant's name on them.

The complaint said Grant was convicted of possession of a firearm by a felon in November 2012, and was therefore prohibited from possessing firearms.

Family members said Berry left behind a young son, and had a challenging life after years in foster care.