Deadly crashes often caused by drivers who have never been licensed

Deadly crashes often caused by drivers who have never been licensed

MILWAUKEE — Tens of thousands of drivers are caught on Wisconsin roads every year without a valid driver's license. A FOX6 investigation found almost nothing is done about it until someone dies.

Terron Clayborn was ticketed for driving with a suspended or revoked license at least 31 times in 12 years -- a string that ended in the death of a Milwaukee Department of Public Works employee. Only then was Clayborn charged with a crime.

It's a deadly pattern FOX6 News found happening over and over again -- aggressive driving, violent crashes and tragic consequences.

"All the sudden, just 'BAM!' You know?" said the witness to a violent, fatal crash near 40th and North Avenue on April 18.

"He really needs help guys. He's dying!" yelled the witness to another deadly crash near 13th and Morgan a week earlier.

"It's been a rough day," said Jeff Polenske, DPW commissioner, after a crash killed Bryan Rodriguez, one of his employees, on Feb. 8. 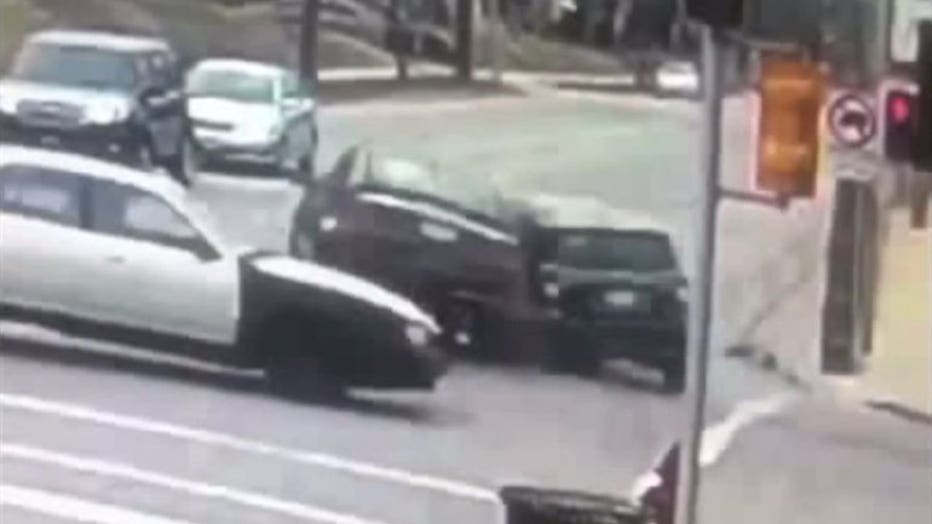 18-year-old Robert Matagi crashes into a car, killing an innocent driver, while leading police on a high speed chase on April 11, 2019.

"How the hell has the city traffic deteriorated so poorly?" said Milwaukee Alderman Bob Donovan.

A FOX6 investigation found there's a common thread amid all the twisted metal that becomes painfully apparent after someone dies.

"I hear it all the time," said Derek Mosley, presiding municipal court judge for the City of Milwaukee. "'I don't need a license to drive. I just need a car.'"

Robert Matagi led police on a high-speed chase before plowing into traffic at 13th and Morgan, killing an innocent driver.

Marcellus Purifoy never even hit the brakes before crashing into a school bus and a pickup truck, killing one of his own passengers.

And then there's Donald Crayton, Brian Vaughn, Jason Graham, James Jefferson,. Kiara Wilkins, Lasha Wooten, and Terron Clayborn. All were involved in fatal crashes. None had a valid driver's license at the time. In fact, many have never had a license to drive at all. 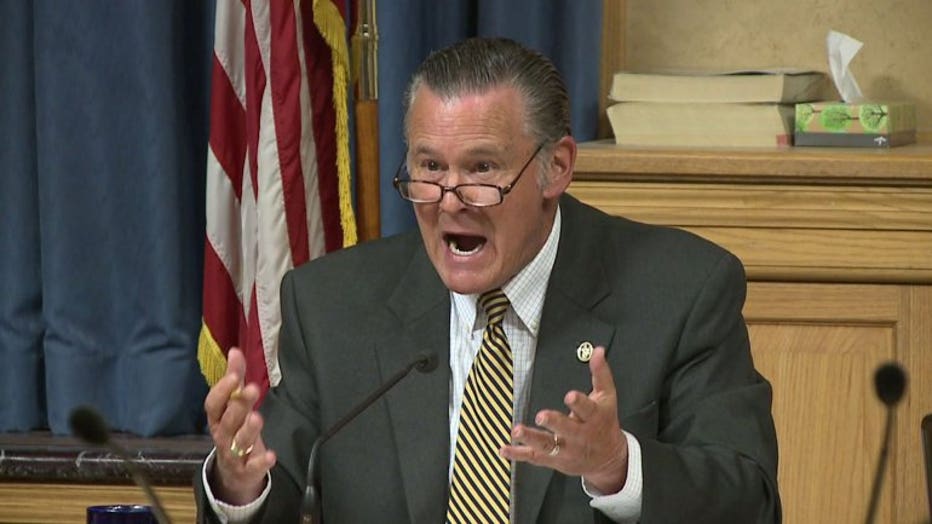 "You have a whole generation of kids driving on the streets with absolutely no idea what are the rules of the road," Mosley said. "When I say no idea, I mean no idea."

Spend almost any morning in Judge Mosley's courtroom and you'll see a steady stream of drivers step to the podium who've been caught driving while suspended, revoked or with no license at all.

"Do you have a license?" Mosley asked one defendant.

"No," the defendant replied.

"Have you ever had a license?" Mosley asked.

"No," the defendant replied.

"OK," Mosley said, before giving him instructions on how to obtain one.

Ever since driver's education was cut from public schools, Mosley said fewer young people bother applying for a license in the first place.

"I think that's the chief factor in the sheer number of people who are driving without a license," Mosley said.

Over the past three years, more than 43,000 drivers have been cited in Milwaukee alone for driving while unlicensed, suspended or revoked. That's enough to fill every seat at Miller Park, and then some. Mosley said he only sees a fraction of them in court.

"The law-abiding citizens are the ones who actually show up," Mosley said.

Others simply ignore the tickets and get right back on the road -- like James Jefferson, who was driving with a revoked license two years ago when he T-boned a car, killing Phillip Franklin. 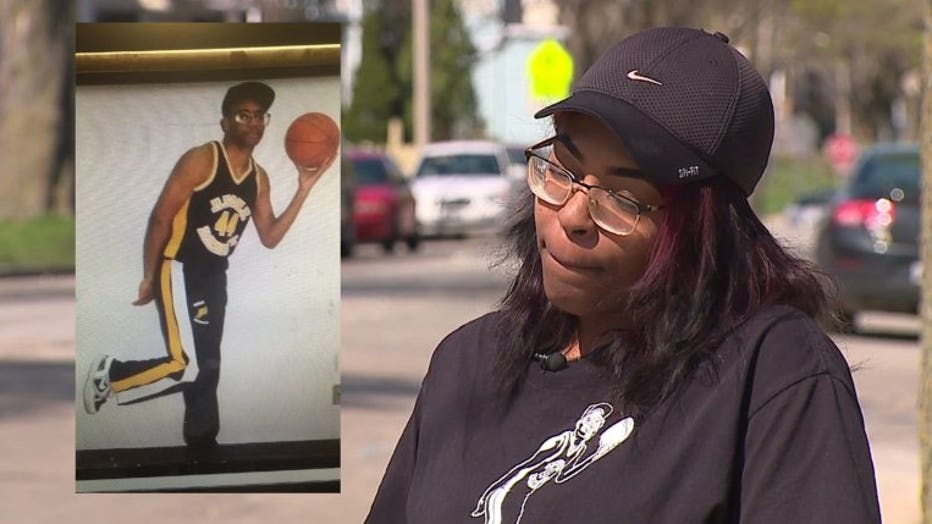 Candase Franklin lost her father, Phillip Franklin, in a fatal crash caused by a revoked driver in a stolen car.

"Everybody says it gets easier, but I don't know," said his daughter, Candase Franklin, who still has a hard time talking about the crash two years later.

Dawn Trease's daughter, Merissa Ramos, was riding on the back of a motorcycle that slammed into a Ford Focus near 60th and Fairmount in 2016.

"It was like going to hell," Trease said. "I have lost my only daughter and my best friend."

The motorcycle operator was Jason Graham -- a 36-year-old man who's been driving his entire life, but never bothered to get a license.

"He does whatever he wants to do and that's the problem," Trease said.

All tolled, Clayborn racked up more than $5,000 in fines. He never paid a dime.

"This is one driver," said Rep. Joe Sanfelippo, R-New Berlin, scanning the list of tickets provided to him by FOX6 News. 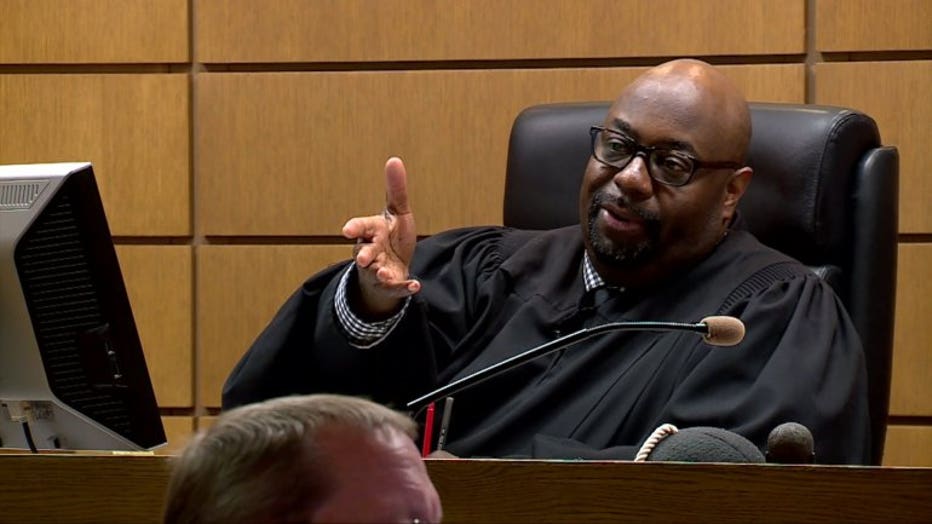 Derek Mosley, Milwaukee Municipal Court Judge, says the law for operating after suspension limits him to issuing fines, even for chronic offenders.

The joyride ended on Feb. 8 when Clayborn crashed into Rodriguez, 54, a Milwaukee DPW worker out fixing potholes.

"Mr. Rodriguez paid this guy's fines with his own life," said Rep. Sanfelippo, who believes there is little incentive under current law for guys like Clayborn to stop driving. "Because in the end, they know nothing's going to happen to them."

In 2005, Governor Jim Doyle signed a law making it a misdemeanor for an unlicensed driver to injure or kill someone in a crash. In 2011, Governor Scott Walker made it a felony. but it's a crime that only applies after someone is seriously hurt or killed.

"That's the way the law is written," Mosley said.

Until then, driving while suspended in Wisconsin gets you a fine -- and nothing else -- no matter how many times you do it.

"I am only allowed to do what the law allows me to do," Mosley said.

"We do have to toughen those laws," Rep. Sanfelippo said.

In 2015, Rep. Sanfelippo introduced a bill to impound the cars of repeat offenders.

"You make that person pay all the costs of that vehicle, and, more importantly, you make sure they get their license reinstated," he said.

The bill ran into a roadblock with those who said the law would disproportionately affect drivers who are poor, not necessarily dangerous.

"There isn't a judge in this state I have ever spoken with that won't make payment arrangements," Rep. Sanfelippo said.

Judge Mosley said his goal is to get suspended drivers back on a path to licensure, but chronic offenders are the most frustrating, in his view, because they're doing something to keep getting pulled over in the first place.

'"They run a red light, or pass somebody on the right. They pass into oncoming traffic. Something happens that alerts the officer," Mosley said.

In other words, they are driving dangerously.

"If you're caught six times in six months driving without a license, you're a threat to safety," Rep. Sanfelippo said.

In that case, a fat stack of tickets may not be worth the paper it's printed on, and whether the worst offenders pay their fines, innocent people are paying the price.

Studies published in 2011 and 2012 found one in five fatal crashes involves at least one driver who is not validly licensed. Those drivers are nine times more likely to leave the scene of a crash, and drivers who've never been licensed are more hazardous than those who are suspended or revoked.

Rep. Sanfelippo said he intends to introduce a bill again this year that would aim to get tougher on those who repeatedly get caught driving without a valid drivers license, though details have yet to be hammered out.