MILWAUKEE -- Milwaukee Alderman Tony Zielinski launched his campaign for Milwaukee mayor on Wednesday, November 29th, telling reporters that jumping into the race more than 2 years before election day was the best way to win.

The south side alderman, who currently represents Bay View, said if elected, he would close the downtown streetcar and wanted to reverse cuts to police ranks, though he did not outline a plan on either topic. During a wide-ranging news conference, he defended his vote as a then-Milwaukee County supervisor to implement pension backdrop payments than have since cost the county millions of dollars.

Zielinski focused much of his announcement on public safety. He said the Milwaukee Police Department would focus on neighborhood policing under his administration. He said he would choose one Milwaukee school on a pilot basis and partner with Milwaukee Public Schools to provide additional services to students who live in poverty.

He also said he would improve relations with the Republican-controlled state Legislature.

Mayor Tom Barrett has not said whether he will run for a fifth term in 2020. 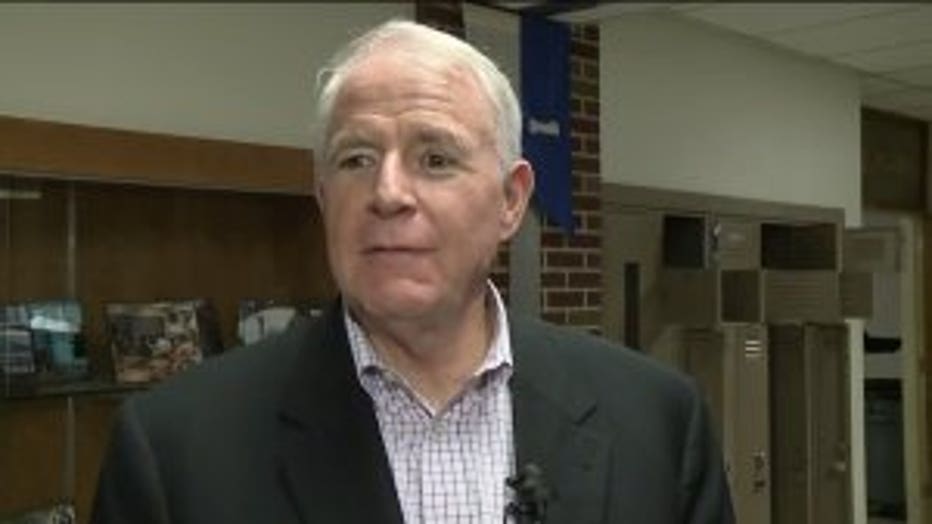 Zielinski said Wednesday that he would not run for re-election to his aldermanic seat in 2020 and endorsed current Milwaukee County Supervisor Marina Dimitrijevic instead. Dimitrijevic hasn't denied being interested in the job but said she was focused on her 2018 re-election to the county board.

Zielinski said as mayor he would shutter the downtown streetcar as soon as the city would no longer have to repay millions of dollars it got from the federal government to build it.

"The sooner we can cut our losses with this initiative, the better," he said. "One thing I can certainly guarantee you is there will be no expansion of the streetcar. That is even more absurd." 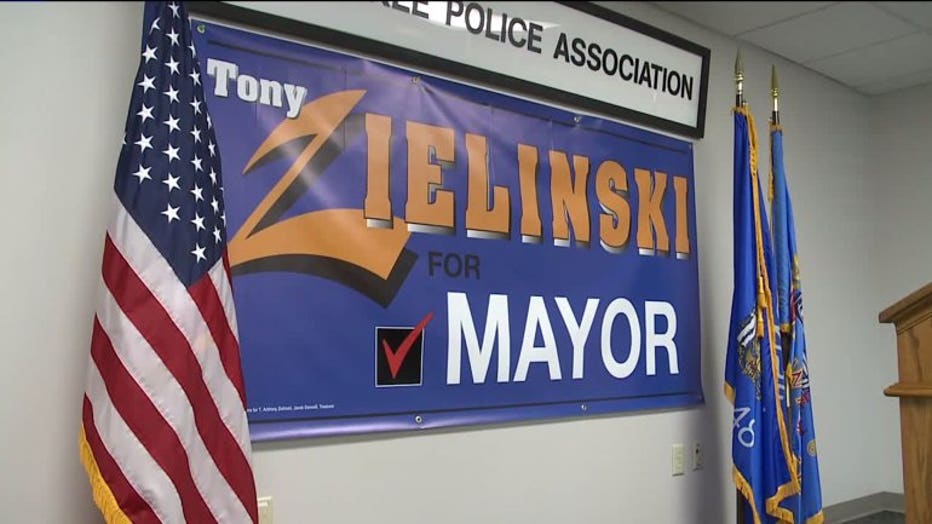 Zielinski said he had no plan for what to do with the abandoned infrastructure left behind, such as the streetcar vehicles, tracks and rider platforms.

"I’m not going to come here and tell you 110 percent every specific detail," he said.

Zielinski could not name an acceptable number of sworn police officers in Milwaukee, but called Barrett's cuts in the most recent budget "unacceptable." Barrett proposed cutting 33 police positions and 75 firefighter positions.

Barrett's chief of staff, Patrick Curley, has mocked Zielinski as a "backdrop boy" for his 2000 vote while a county supervisor for pension backdrop payments than have since cost Milwaukee County millions of dollars. The issue led voters to recall then-County Executive Tom Ament.

Zielinski said he was "lied to" by county officials before the vote and said it would not become an issue in the mayoral campaign.

"If they want to go back and dig up stuff from 15 years ago, fine," he said. "They’re pretty desperate if they have to go back that far."

Zielinski has put $100,000 of his own money into the campaign and said he would contribute more money if needed.