MILWAUKEE -- More than 20 years have passed near 19th Place and Purdue Street in Milwaukee where a 26-year-old man was found dead. A fence has gone up by the alley, the railroad tracks that once existed are now gone, but the memory of what was found in that area still haunts neighbors to this day.

Warren Wright was 26 when he was shot and killed, his body wrapped in a blanket and plastic, and dumped along railroad tracks on Milwaukee’s north side.

“Someone needs to pay for shooting him and dumping him…like a piece of trash,” said Tamara Wright through a Skype interview. “He didn’t deserve that.” 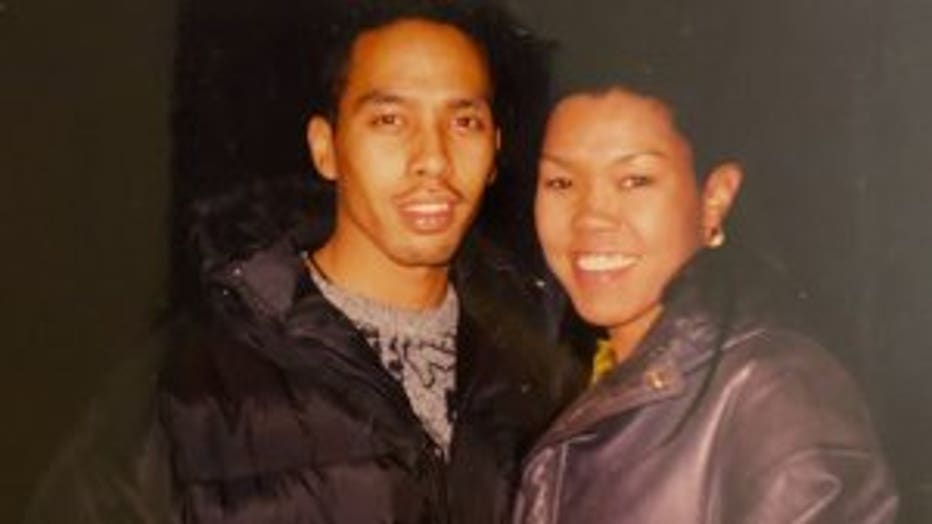 Tamara Wright is Warren’s only sister. She’s left Milwaukee years ago, along with most of the family, but her brother’s unsolved murder keeps her connected to a city where her brother's death is still being investigated.

‘Just the two of us’

Warren and his sister, Tamara, came to Milwaukee from Korea with their mother and father. They grew up on Milwaukee’s east side near 5th Street and Keefe Avenue. Warren was the kind of guy, Tamara said, that would always think of his family first and foremost.

“He was not like, this macho type of dude,” she said. “He was a very sensitive, sweet young man.”

The two remained close even after Tamara moved to Atlanta years later. When she returned for a visit, she admitted, there was a lot she didn’t know about the life her brother lived before and after his stint in prison.

“Obviously, involved in a whole bunch of stuff that I just wasn’t aware of when he had gotten out of prison,” said Tamara. 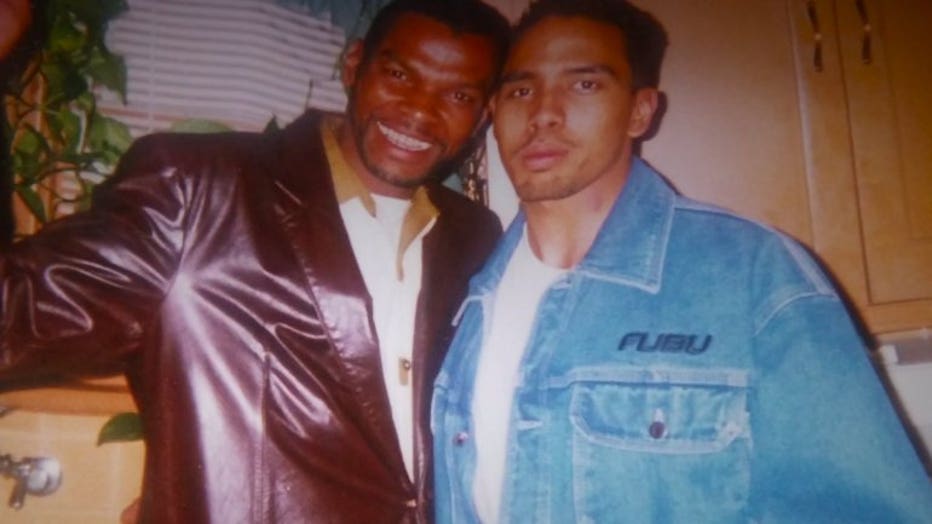 Her questions continued until the morning of Aug. 21, 1999 when Warren called his mother.

Tamara stopped as tears streamed down her face.

That was the last day anyone heard from Warren Wright. Two days later, he was reported missing to the Milwaukee Police Department. 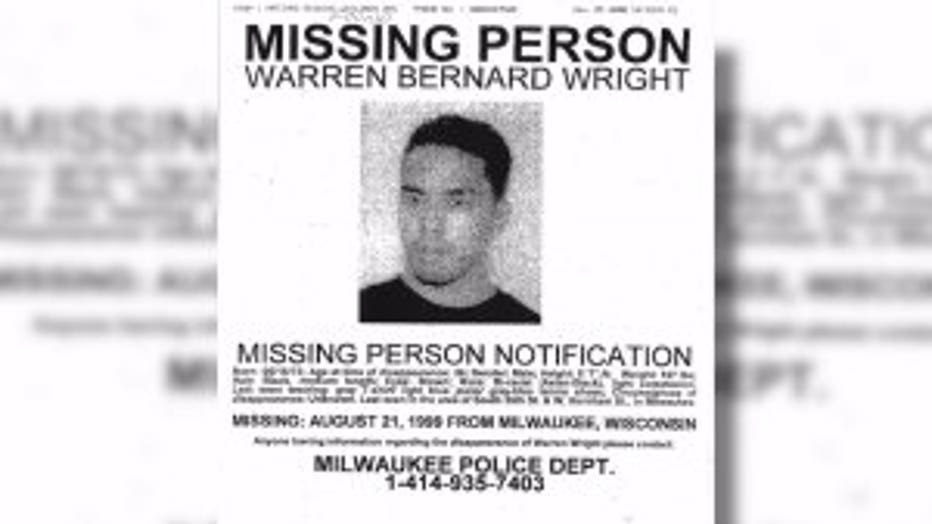 After Wright was reported missing to the police, it would be two months before his body was found by kids from Rufus King High School, who made the gruesome discovery.

“He was found wrapped in some blanket, and wrapped in some garbage bags, and plastic that had been taped together with duct tape,” said Det. James Hutchinson with the Milwaukee Police Department's Cold Case Unit. “The wrapping would have been consistent with somebody having to move the body from one location to this location.”

Wright’s remains were in a state of decay -- but the medical examiner determined in 1999 that bullets ultimately killed him. Tamara Wright said she remembers the call after they used his fingerprints to identify her brother. 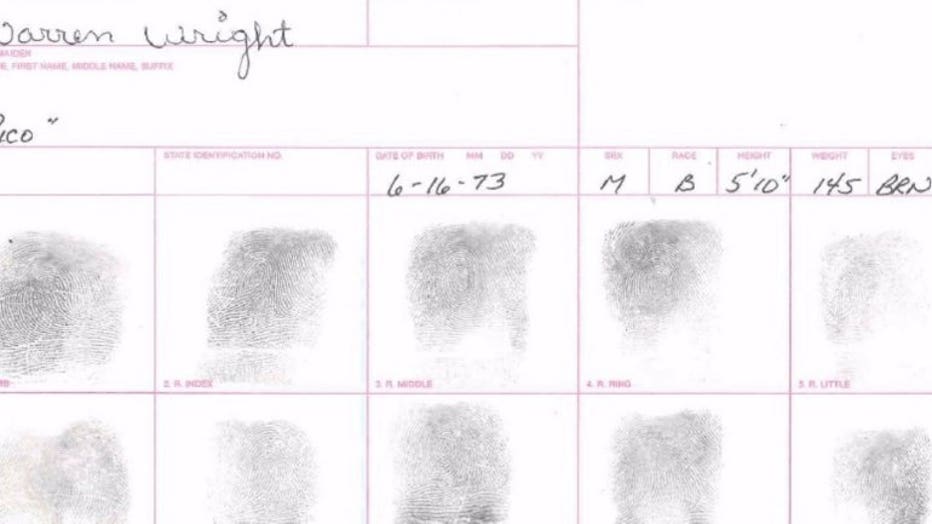 “From the time that he went missing in August until he was found and identified in January, we really didn’t believe it,” said Tamara Wright.

Investigators turned to those closest to Wright to determine what was going on at the time of his death.

“The way he went missing, and ultimately, how we found him out here,” said Nathan Butz with MPD's Cold Case Unit. “That leads me to believe that something was going on in Warren’s life that not everybody knew about.”

‘Nobody deserves to go through this’ 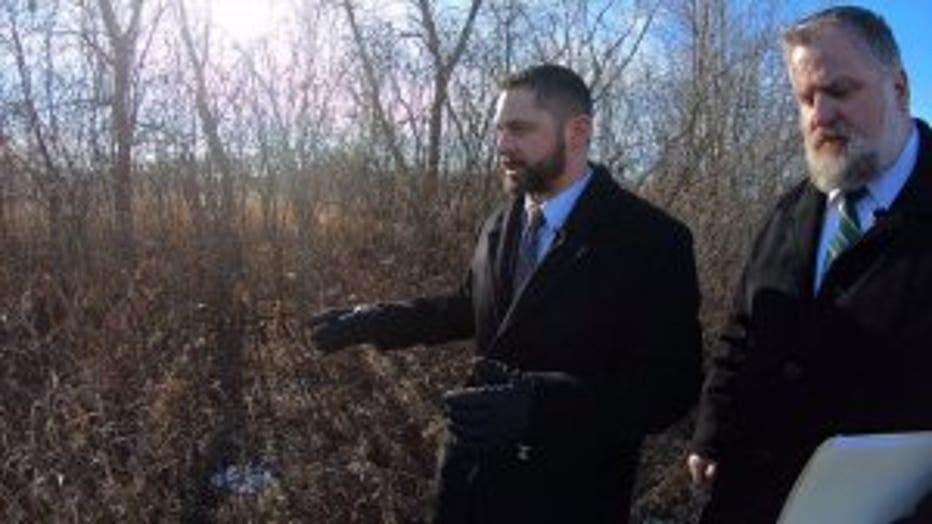 The investigation proved to be difficult for MPD at the time because of the state of Wright’s body.

“It presented some challenges on determining how he died, why he died, and who was involved in his life at the time,” said Butz.

Several witnesses through the years gave theories to police mostly centered around drugs. One theory was that he was killed in retaliation for tipping the police off to a drug deal, or retaliation for providing information to help someone rob a drug dealer. Detectives have long believed his lifestyle may have contributed to his death, but added, what he may or may not have been into doesn’t mean the case is any less important.

“We don’t forget,” said Hutchinson. “We don’t care what was going on in your life. We want to find who did this and hold them responsible for it.” 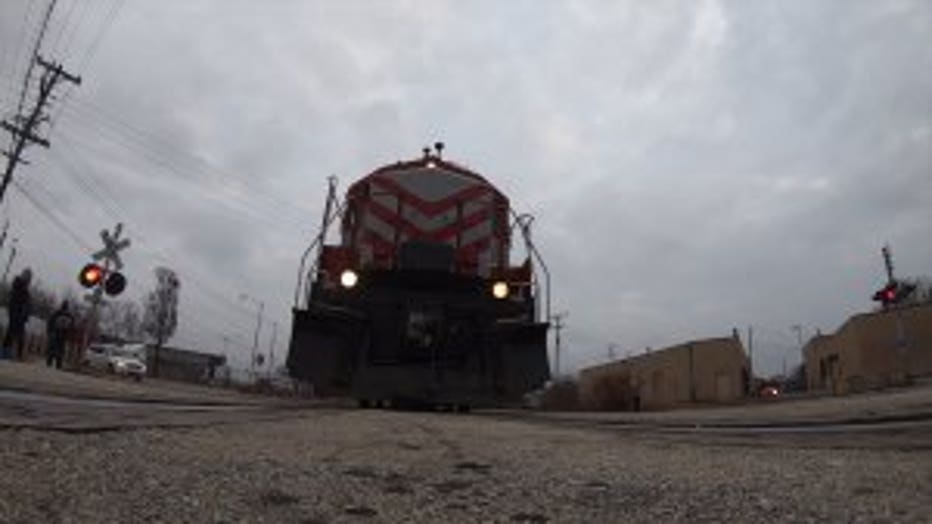 In 2019, new information came to police about this case and another possible theory about his 1999 death -- including that more than one person may have been responsible.

“From there, we looked at who was interviewed back then, and who is still around, and seeing what we could do not only through interviews but also through science,” said Butz. “The items that were found with Warren, the things he was wrapped in -- all that is evidence for us. Things we like to reanalyze especially looking back over 20 years.”

The cold case detectives sent items to the lab to reanalyze them, but are looking for tips from anyone who knows something about that day.

“They did not just kill a man," said Tamara Wright. "They killed our family. People don’t think about the eternal damage that they do that’s left behind.”

CLICK HERE to learn more about MPD's Cold Case Unit, or to submit your tip.