MILWAUKEE -- A charge of first-degree reckless homicide was filed Wednesday, May 13 against off-duty Milwaukee Police Officer Michael Mattioli. He is charged in connection with the death of Joel Acevedo following a fight inside Mattioli's home near 45th Street and W. Cleveland Avenue on Sunday, April 19. Prosecutors said Mattioli indicated he "held (Acevedo) on the ground" after Acevedo tried stealing from him and punched another man in the home. It happened the morning after the off-duty officer hosted a get-together at his home.

According to the criminal complaint, police were dispatched to the area of 45th and Cleveland around 7:30 a.m. on April 19 after a caller indicated that a man at that location had attacked two people.

The complaint said the first arriving officer's body camera captured a man on the sidewalk outside the home. The officer asked, "Where's Joel?" The man replied, "He's subdued right now. They've got him in there." 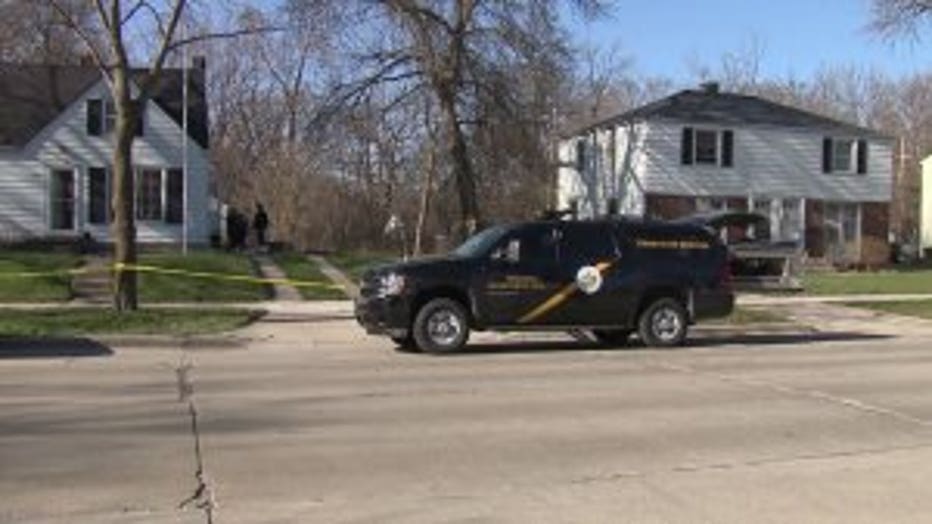 The body camera video showed Mattioli straddling Acevedo inside the home -- with Acevedo on his stomach. A second man was lying on Acevedo's legs. The complaint said there was no visible struggle -- and Acevedo did not appear to be moving or speaking. When asked if Acevedo was breathing, prosecutors said Mattioli replied, "I don't know." The officer said it appeared Mattioli had Acevedo "in a rear naked choke hold."

The officer said to Mattioli, "I'm making sure you don't have your arm around his neck," to which Mattioli replied, "Oh, yeah," before pulling his right arm out from under Acevedo's neck area, the complaint said. Acevedo was not breathing and did not have a pulse. Chest compressions were initiated, and paramedics arrived. 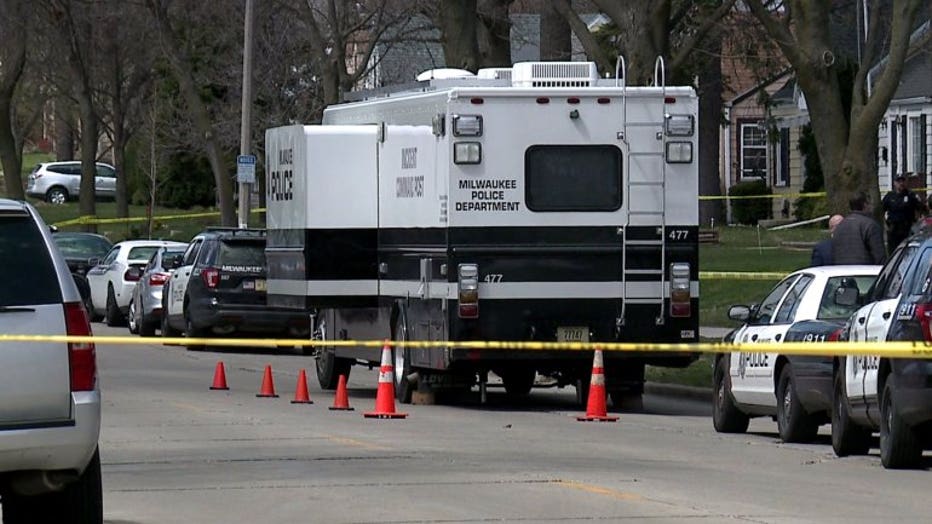 Another officer's body camera captured Mattioli identifying himself as a police officer outside the home. According to the complaint, he explained that he knew Acevedo through Acevedo's work as a security guard, and while in a squad, Mattioli said:

"I held him down on the ground and I started to call, I called 911 first, but then, I handed the phone to (another man) and told him to continue to call, and I held Joel down, but I didn't, I had him around his neck, but I didn't squeeze as hard as I could because I know, I'm not stupid. I know what it is, you know? I know what's deadly force and what's not, but I held him there to make sure he didn't get away until the, you guys showed up. Look, I wasn't holding him to make his air cut off, you know? I'm not stupid."

Prosecutors said he indicated "he held Joel down because Joel had punched his friend, Chris." 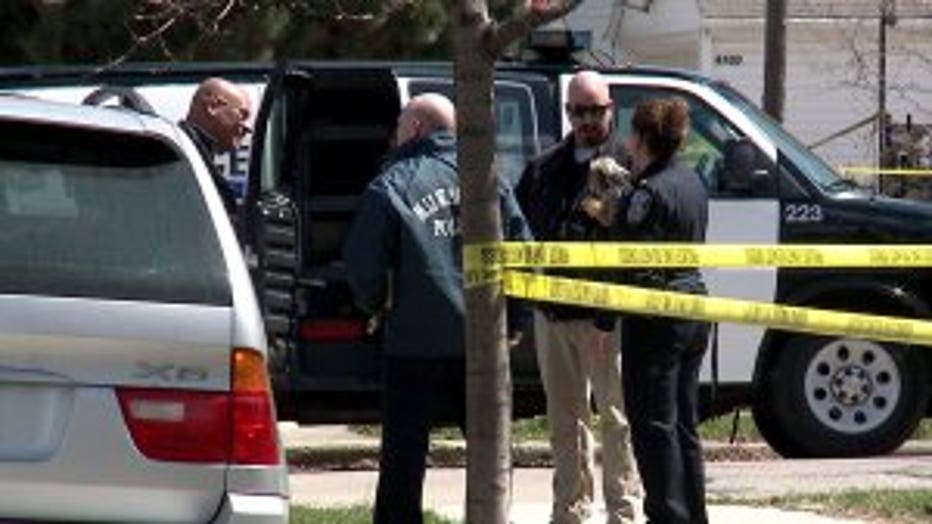 The complaint said in a statement to the investigator, Mattioli said he "had some friends over" the night of April 18 and they had a fire in the backyard and drank. He said he went to bed, and "woke up to Joel literally going through the pockets of the pants he was wearing." When he confronted Acevedo, he said, "Joel said that he was not stealing." Mattioli said he told Joel to get out of his house, and Joel walked downstairs. Mattioli said one of the people who had been sleeping downstairs then came upstairs and, "Suddenly, Joel punched (the man)." Mattioli said, "Joel fell to the ground, and he (Mattioli) got on top of (Joel) and called 911," adding that he "didn't suffocate the guy. I had my arms around him, yes, and I held him there, but I didn't suffocate the guy. I didn't press hard enough." Mattioli also said "if he wanted to choke the guy, he would have, but he didn't" -- holding him there until police arrived.

The complaint noted Mattioli was advised that in regard to use of force, officers are trained "to try to avoid choke holds and things like that." Mattioli said, "Trained technique, it's not a trained technique."

A voice believed to be Acevedo's was heard in the 911 call placed on the morning of April 19, the complaint said, saying, "Let me go home," and, "I swear I'll go home. I swear."

Acevedo was in critical condition on a ventilator at the hospital until he died on April 25. His death was ruled a homicide as a result of anoxic encephalopathy due to traumatic asphyxia (brain injury due to traumatic strangulation).

His family released this statement Wednesday:

“Joel was a young man full of life whose laugh was contagious. Joel had a smile that would light up a room and a positive energy that would attract others to him. He always saw the best in people and loved everyone with his whole heart. He was funny and witty and loved by all.

He had a very big heart for animals and people. Joel would frequently come home with stray animals and make sure they were returned to their owners safely. He just loved to help others in any way he could, whether it was giving a homeless man a bag of clothes or sharing a joke to make someone smile if they were down. He was an amazing and kind person.

Joel worked as a security guard and aspired to a career in law enforcement. That is why he was friends with so many police officers. It is especially difficult for our family knowing that an officer was involved in taking his life.

This has been the hardest thing our family has ever had to go through. Losing Joel has left a void that can never be filled. We are not sure if we will ever get over this great loss. However, we are grateful that Joel will live on, not only in our memories, but literally in another. Joel was an organ donor, and his heart now beats and is giving the gift of life to another.

While Joel will never be able to tell us what happened. Given the unique circumstances of this case, we look forward to an investigation and prosecution that is open and transparent, and that will ensure justice is served.

Thank you all for your thoughts and prayers as they are helping to sustain us during this difficult time.”

"Officer Mattioli has the same right as anybody else to defend himself and others, particularly in his own home," said Hart.

Milwaukee Police Chief Alfonso Morales issued the following statement on Wednesday: "This is a sad situation for everyone involved and I send my condolences to Mr. Acevedo's family and friends."

A first court appearance had not been set as of Wednesday. Mattioli was arrested about three weeks ago following the initial incident at his home. At that time, he posted $50,000 bail and was released from Milwaukee County Jail.