“I didn`t know what to do:” Contact 6 helps family retrieve military memorabilia

"I didn`t know what to do:" Contact 6 helps family retrieve military memorabilia

SHEBOYGAN FALLS — Stories, photos, invaluable keepsakes — a family's history can be passed down in many ways. It's important for future generations to learn about their history and sacrifices that were made. For one family, part of their history was nearly lost until FOX6's Contact 6 stepped in to help.

Outside a Sheboygan Falls home, a love for their country is proudly displayed with an American flag and other red, white and blue decor.

Inside the home, a love of family is proudly on display. The home's walls are filled with memories spanning generations. 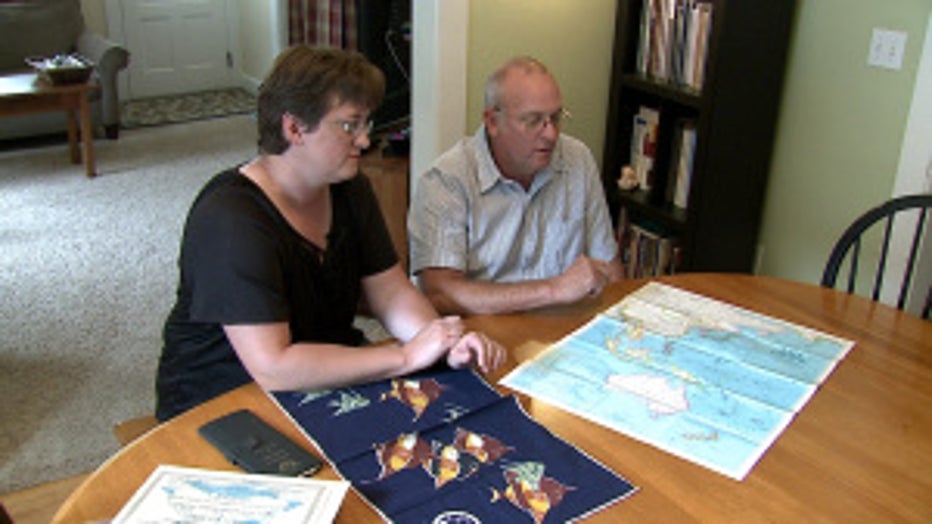 "I have a hard time letting go of anything that has a sentimental value," Koeppen explained.

It's a trait she seems to get from her father, David Mueller.

"Oh, who wants all that old junk? But I don't look at it that way. It's not old junk," Mueller said.

Among the artifacts in Koeppen's home is a rare certificate and uniform from World War II. 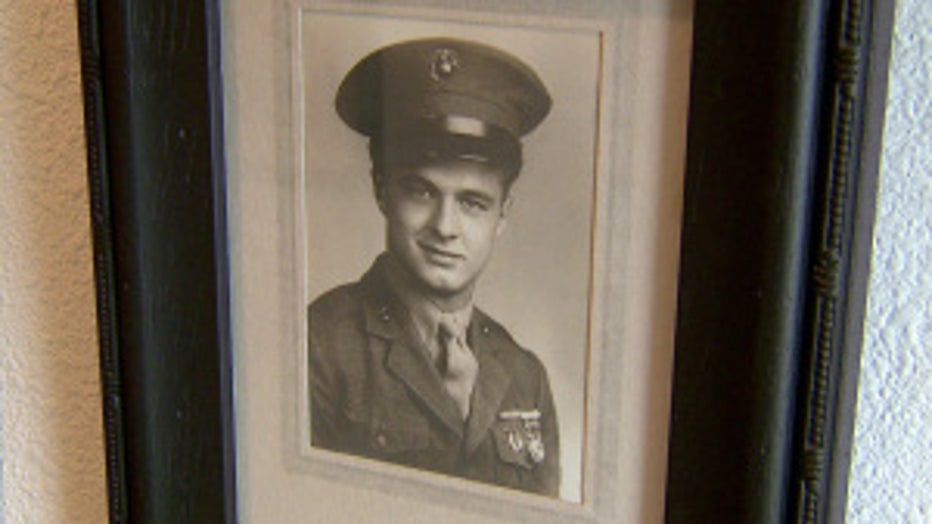 Wally died in 2003 and left behind his military memorabilia.

Koeppen and Mueller wanted to keep it, but weren't sure what to do with it. 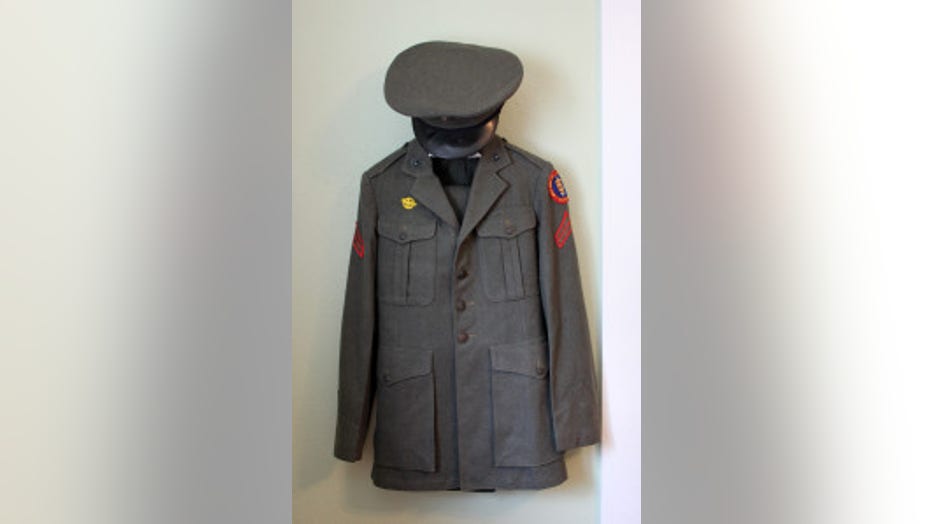 Instead, Koeppen and Mueller decided to donate it.

"At the time, I had been seeing all these advertisements in the local papers about a Military Heritage Museum that was opening up and they were looking for donations," Koeppen recalled.

The Military Heritage Museum in Sheboygan gladly accepted the items for their collection.

The family couldn't wait to see their donations on display, but they never made it to the museum floor.

He was told it was a work in progress -- so Koeppen waited to check out it out.

When Koeppen finally decided to visit the museum, something was wrong.

"Doors were closed. The lights were off. Nobody in the parking lot," Koeppen said.

Koeppen tried calling the museum, but that didn't help either.

"The number was out of service," Koeppen said. 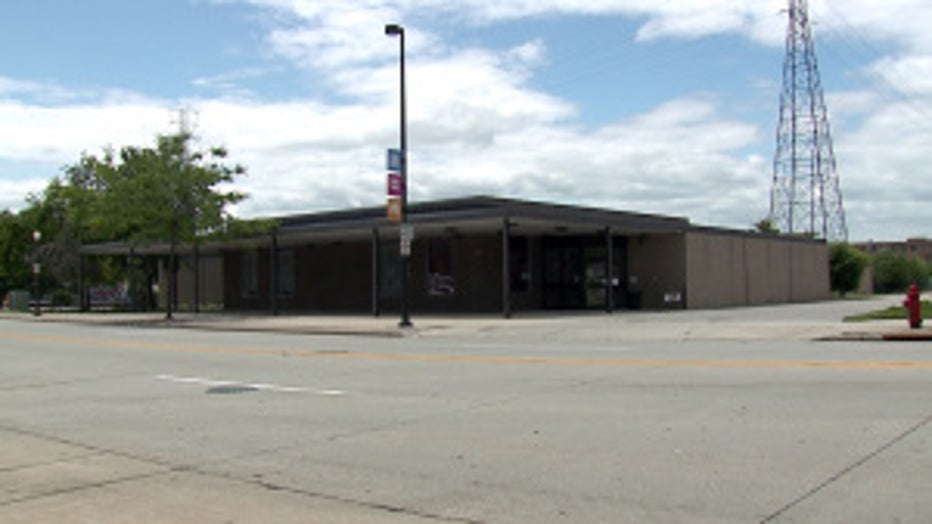 The building in Sheboygan that used to be home to the Military Heritage Museum.

Turns out, the Military Heritage Museum ran into financial trouble. Less than a year after it opened, the bank filed for foreclosure. In February, the building was sold back to the bank in an auction.

Koeppen and Mueller were confused. The museum never contacted them about what was going on with the museum or their donation.

"I wish that somebody had, at that point, sent out a letter or something -- even a phone call to the families that donated items," Koeppen said.

Instead, they were left hanging.

"Now, we found ourselves in a situation where they could be essentially lost and gone," Koeppen said.

"I never received any information about what was going to happen," Mueller said.

"I didn't know what to do," Koeppen said.

"I bet you if Contact 6 knocked on the door something would happen," Koeppen laughed.

Contact 6's assistant Val tracked down the museum's director. After repeated calls and e-mails, Val got Koeppen and Mueller's donated items back.

"We finally got that phone call saying you can come pick it up," Koeppen said.

Koeppen and Mueller picked up their items in late June.

Museum volunteers tell Contact 6 they've since reached out to the rest of families who donated items to the museum. 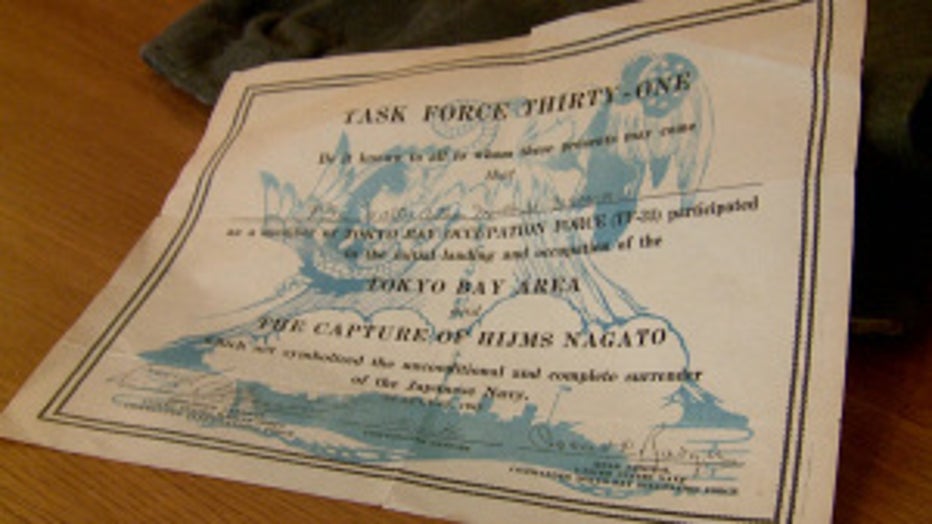 It's a call Koeppen and Mueller wished they'd received.

"It's sad that it didn't work out, but behind the sadness is happiness now because we got the stuff back," Mueller said.

As for the uniform and certificate, Koeppen is holding on to them.

"We're not in any hurry to donate it again," Koeppen said.

Contact 6 did reach out to the museum's director after Koeppen and Mueller received their items to learn more about what happened to the museum, its future and why donors weren't contacted sooner. So far, Contact 6 has been unable to get any answers.