RACINE — She calls it domestic violence... her ex-husband calls it kidnapping.

A Wisconsin mom tells the FOX6 Investigators she will do whatever it takes to keep her son safe, even if that means sacrificing her personal freedom.

A Racine County judge put Sarah Sheppard in jail last summer for refusing to bring her now 10-year-old son back to his father. For the past nine months, she sat there, without the right to a court-appointed attorney. It looked like she might stay in jail indefinitely until the FOX6 Investigators noticed something the judge may have overlooked.

Sarah Sheppard is not a criminal. But she's been a Racine County Jail inmate since last July. 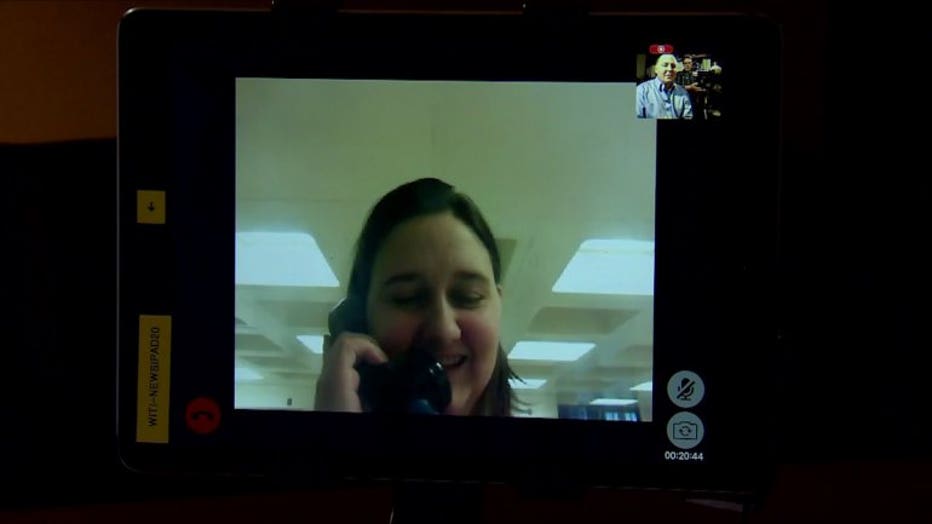 Sarah Sheppard has never been convicted of a crime, but for the past 9 months she sat in the Racine County jail for contempt of court.

One judge says she is a victim of domestic violence.

"He had me so terrified," Sarah Sheppard said in a video call from the jail in mid-March. "He held a knife to my throat and told me if I tried to take Daniel and leave he would kill us both."

Another judge held her in jail for contempt of court for refusing to return her 10-year-old son, Daniel, to his father.

"I will sit here as long as it takes to make sure he is not hurt, ever again," she said.

"This is kidnapping!" he said. "This is exactly what women do."

For the eight years the couple lived in Racine, Sarah says Joe collected guns, but wouldn't let her have a phone or take Daniel to the doctor.  He also made the family live in a military-style tent, she says, for an entire Wisconsin winter.

"We had to learn how to survive, so that when the government came to take people away, that we would be able to handle it," Sarah said.

Joe says the tent was Sarah's idea -- practice for a plan to live off the land in Alaska.

But for all those years, there is no record that Sarah told anyone she was being abused.

Carmen Pitre is president and CEO of the Sojourner Family Peace Center in Milwaukee. She says roughly 90% of all domestic abuse goes unreported.

"Most people don't want to be talking to strangers about being raped or battered or shamed or humiliated," Pitre said.

Until, perhaps, something pushes them over the edge. In Sarah's case, she says that something was family.

In the spring of 2015, the Sheppards took a trip to New Jersey. While staying with relatives in Union, New Jersey, Joe got into a heated argument with Sarah's 72-year-old grandmother, Irene Capozzi.

"He was shouting at me, because I called Daniel autistic," Capozzi said.

Sarah says Daniel has regressive autism, but Joe refuses to believe it.

"We were not even allowed to say the word 'autism,'" Sarah said.

During an interview with the FOX6 Investigators, Joe used his fingers to make "air quotes" when referring to his "autistic" son. He says whatever happened to his son, it was caused by the doctors who administered his vaccinations.

"Do you believe the shots caused whatever happened to him?" asked Bryan Polcyn, FOX6 Investigator. 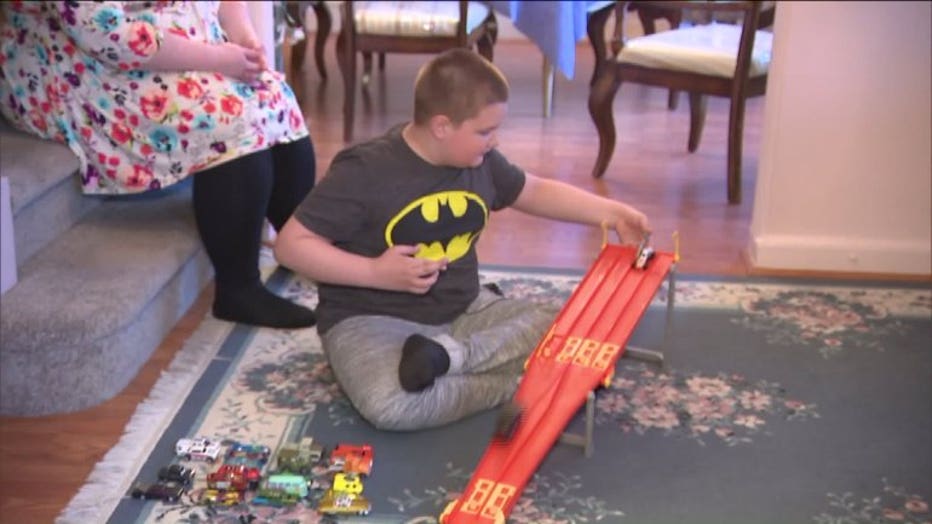 Daniel Sheppard, now age 10, is living in New Jersey with his aunt in accordance with an emergency custody order issued in the summer of 2018.

So when Capozzi referred to Daniel as autistic in April of 2015, "He went... crazy," Capozzi said.

"And it escalated," Joe sighed.

In the midst of the argument, Capozzi says Joe came at her in a threatening manner.

"He did not hit me, but he did raise his hand," Capozzi said.

"Did you ever raise a hand?" Polcyn asked.

"No. But she claimed that," Joe said.

It's not the first time he's been accused of raising his hand to a woman.

A year before Daniel was born, Joe got drunk, refused to leave a Kwik Trip, raised a clenched fist in the air and punched a female police officer in the face.

"Yes, that happened. I was blacked out drunk," Joe said.

He was charged with a felony, but pleaded guilty to misdemeanors. 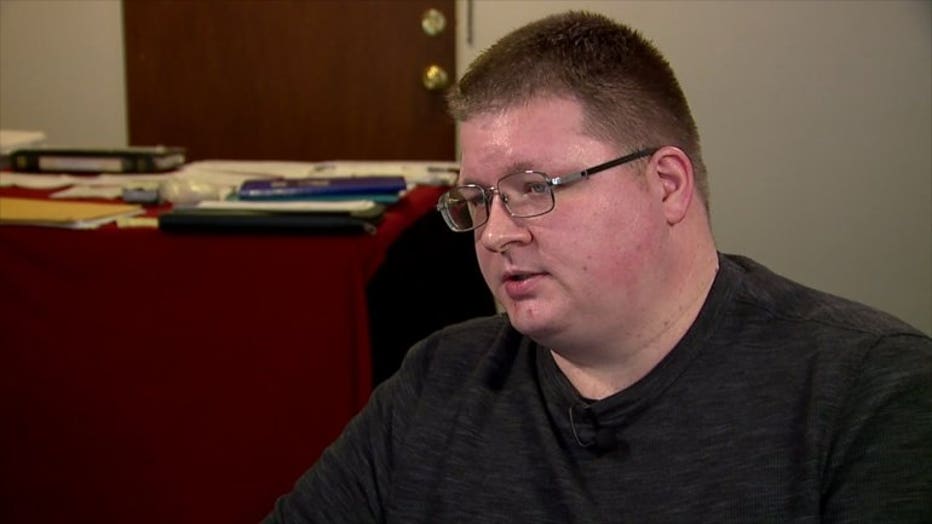 Joseph Sheppard says he never abused Sarah or Daniel. He says she made the allegations up to keep the boy away from him.

"What does that say about your lack of control?" Pitre wondered aloud.

The morning after Joe's argument with her grandmother, Sarah went to Union, New Jersey police. They arrested her husband and a judge issued a domestic violence restraining order that is now permanent. Joe never showed up at the hearing to contest the allegations.

"The second this that this all went down, the very first thing that went through my head was, 'Pfft. I'm not coming back here. I'm going to go home and file for divorce,'" he said.

Three weeks later, he did just that.

A Racine County judge awarded legal custody of Daniel to his father and ordered Sarah to bring the boy back to Wisconsin immediately.

"Will you ever bring Daniel back to Wisconsin?" Polcyn asked.

"I have no intention of doing so, no," Sarah said.

Last summer, the state of Wisconsin extradited Sarah and threw her in jail for contempt, but not before a New Jersey judge awarded emergency custody of Daniel to Sarah's sister, Emily.

"Being autistic, he needs a schedule. it was best he stay where he is," said Emily Haidle, Daniel's aunt.

"Their family is holding him hostage. The police will not assist, and this judge is breaking federal law and keeping him kidnapped, in my opinion," Joe said.

Both New Jersey and Wisconsin claim to have jurisdiction over Daniel and they disagree over whether Joe abused his son. 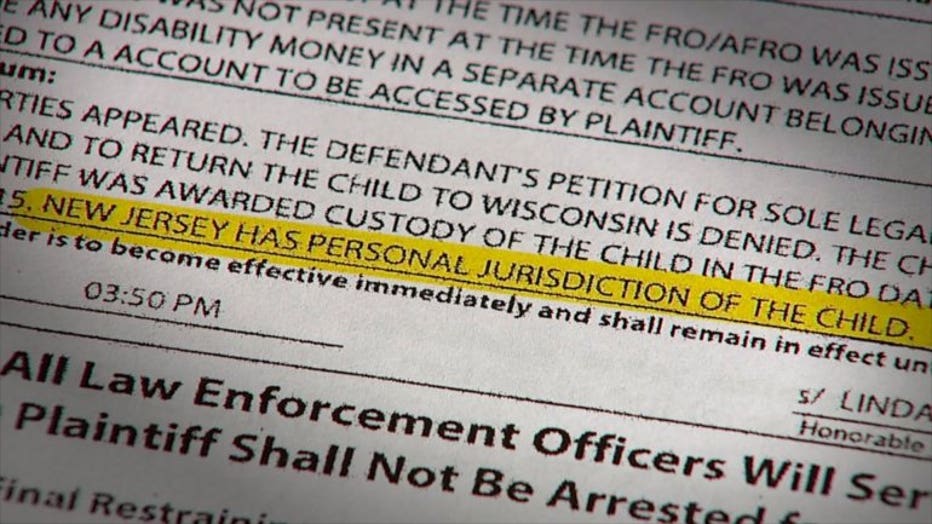 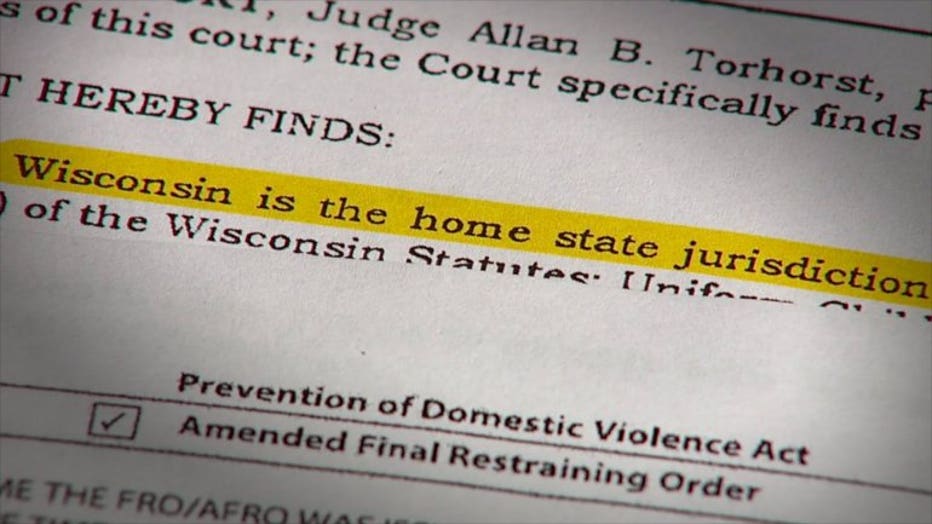 A New Jersey investigator wrote that Daniel demonstrated how his father used to hit him.

"Me and Danny used to play fight and do the wrestling thing, like fathers do with their children," Joe explained.

But a Wisconsin investigator said there was insufficient evidence.

"And now they're turning it into something like that where, 'Daddy hit me.' You know?" Joe said, before turning his head, tears welling as he struggled to gain his composure.

It's been four years since Daniel has seen his father -- nine months since he's seen his mother.

"Mommy's been on an adventure," Haidle said.

And there appeared to be no resolution in sight.

"I don't have a lawyer right now," Sarah said.

Because her case is civil and not criminal, Sarah has no right to a court-appointed attorney, and because she's in jail, Legal Action of Wisconsin says it cannot represent her.

Pitre says it's a gap in the law. 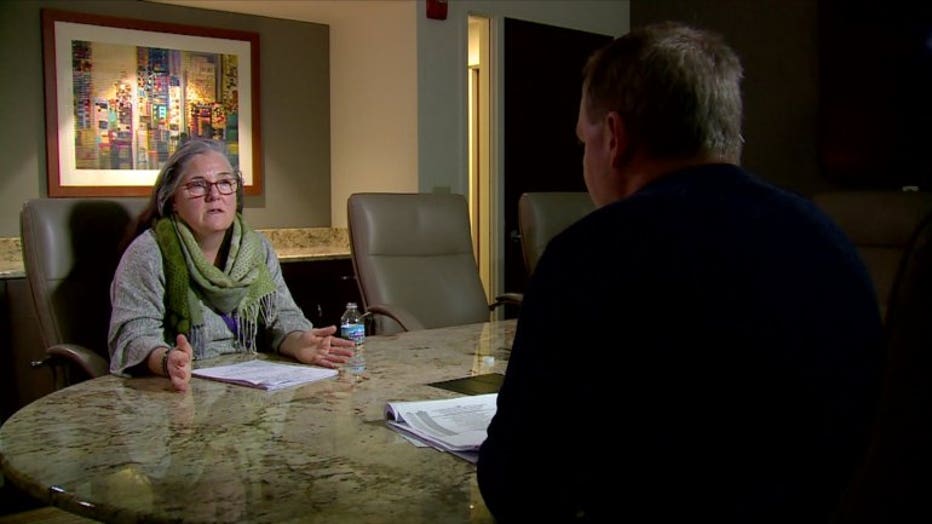 Carmen Pitre, President of Sojourner Family Peace Center, says women who report domestic violence should have the right to a court-appointed attorney in civil matters, such as restraining orders or when their personal freedom is threatened by a conte

"It's a situation she should not have to be in on her own," Pitre said.

That could put domestic violence victims in a terrible spot.

"She would rather give up her liberty than disclose or hand over the child," Pitre said.

"I will sit here until Daniel is 18 if I have to and I am perfectly willing to do that," Sarah said. "His safety matters more than anything else."

The original order to return Daniel to Wisconsin was given in 2015 by Judge Allan Torhorst, who has since retired. The order to hold Sarah in jail for contempt came last summer from Judge Faye Flancher. In January, a new judge took over the case -- newly-elected Racine County Judge Jon Fredrickson.

The FOX6 Investigators sent an email to Judge Frederickson on Wednesday, April 24, 2019, asking if there is a time limit for how long a person can be held under Wisconsin law for contempt of court. Turns out, there is a six-month limit in state statutes. Sarah has been in jail since last July. Her felony case for interference with custody was dismissed in September, meaning she's been held for at least seven months on contempt alone.

One hour after our email was sent to Judge Frederickson, he canceled the warrant that was keeping her in jail. Nine hours after that, Sarah was released. A friend she met during her nine-month stay in jail was waiting outside to pick her up. Another friend drove five hours to greet her. 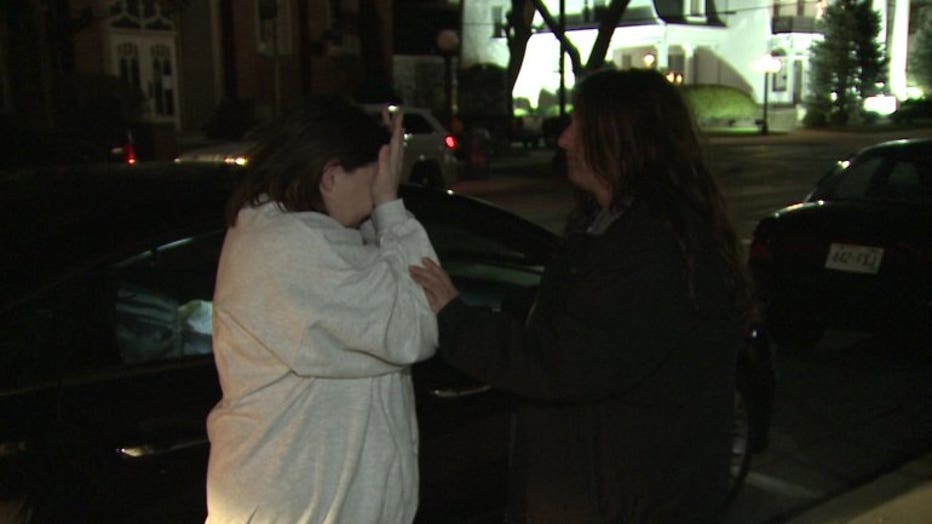 Sarah Sheppard is overcome with emotion as a friend greets her after her release from the Racine County Jail around 1 a.m. on Thursday, April 25.

"It means so much to me to be standing out here, breathing actual air, and wearing actual clothes after nine months," she said. "I'm so glad that this is just over, and I can go home and I can see my son again and I can hug him for the first time in nine months."

Sarah said she plans to get back to New Jersey as soon as possible to be reunited with Daniel.

"I honestly don't think I'm going to let go of him for a good couple of hours. I'm just gonna hold him. I cannot wait to see the look on his face when he sees me and knows that Mommy's home now," Sarah said.