WESTON -- Hundreds of law enforcement officers were among those who gathered to pay respects to a Wisconsin detective killed in the line of duty along with three others in a string of shootings near Wausau on March 22nd. 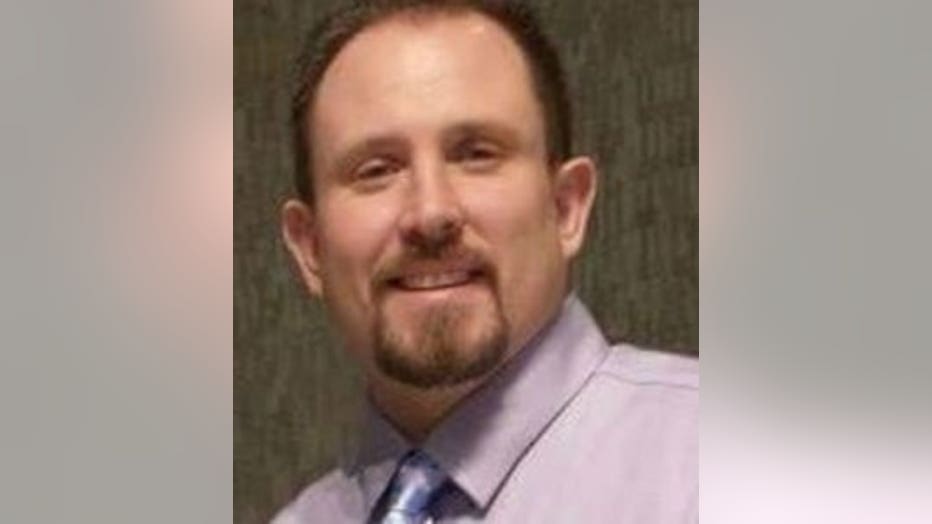 The officers, in step, approached the open casket at D.C. Everest High School where they slowly saluted Jason Weiland, killed while encountering a man accused of also fatally shooting two bank employees and an attorney.

The officers from far away jurisdictions gathered in a demonstration of unity and brotherhood.

They joined family, friends and acquaintances packed into the gym.

Weiland is survived by his wife Kara and two daughters, Ella and Anna. One of the girls stepped up to the podium at the funeral Wednesday and told the crowd who memories of her dad include camping and their father-daughter dance. 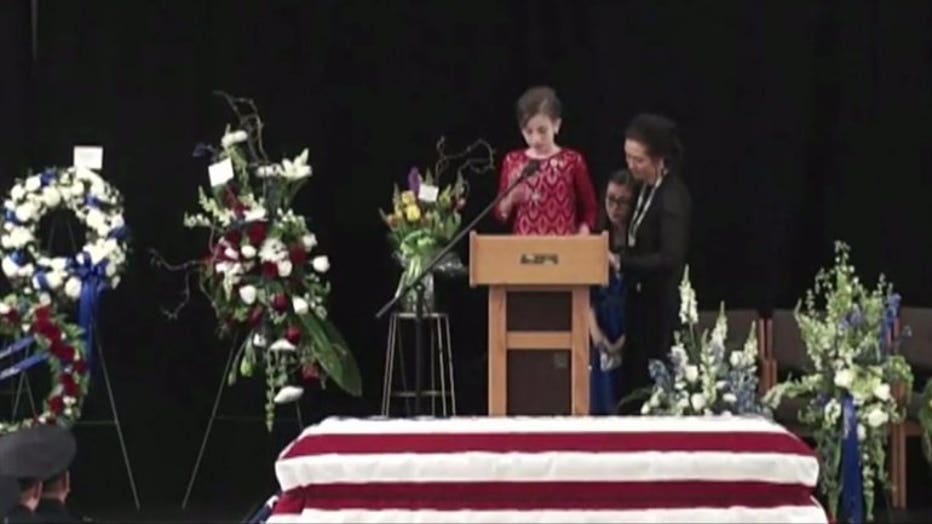 
After the funeral, there was a procession from the high school to the Brainard Funeral Home in nearby Wausau.

Weiland was a detective for the Everest Metro Police Department. 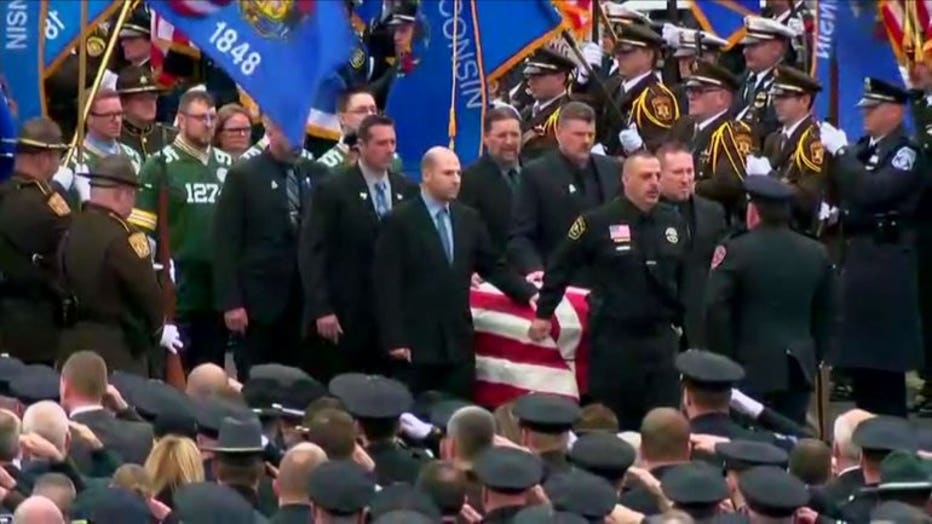 Nengmy Vang is suspected of shooting Weiland and three others. The other victims were identified as Marathon Savings Bank employees Dianne Look, Karen Barclay and attorney Sara Quirt Sann. Vang was injured in a standoff with police.

A memorial fund for all of the victims (Weiland, the police detective, Dianne Look and Karen Barclay, employees at Marathon Savings Bank and Sara Quirt Sann, an attorney) has been established through River Valley Bank, c/o Victims Family Fund, 327 N 17th Avenue, Wausau, WI 54401. Donations will be accepted at all River Valley Branch locations until April 30th.

A company in Wausau has created $5 stickers that say “Central Wisconsin Strong 3.22.17.” Bracelets are also in the works. Both can be purchased at Embroidme Wausau and Goin' Postal Wausau.