MILWAUKEE -- The death of George Floyd in Minneapolis has led to protests across the country. For the sixth straight day, that included Milwaukee.

FOX6 News saw people take to the city's streets in large numbers on Wednesday, June 3. Among them were a number of people with the Islamic Society of Milwaukee.

Hundreds were on hand for the event organized by teens with the Islamic Society. They marched -- mostly on the sidewalks -- from the mosque near 13th and Layton all the way to E. Howell Avenue and back to the mosque.

After returning, a brief rally was held which included prayers and kneeling in honor of Floyd's life. Organizers said the demonstration was about people from all walks of life standing up against what is wrong. 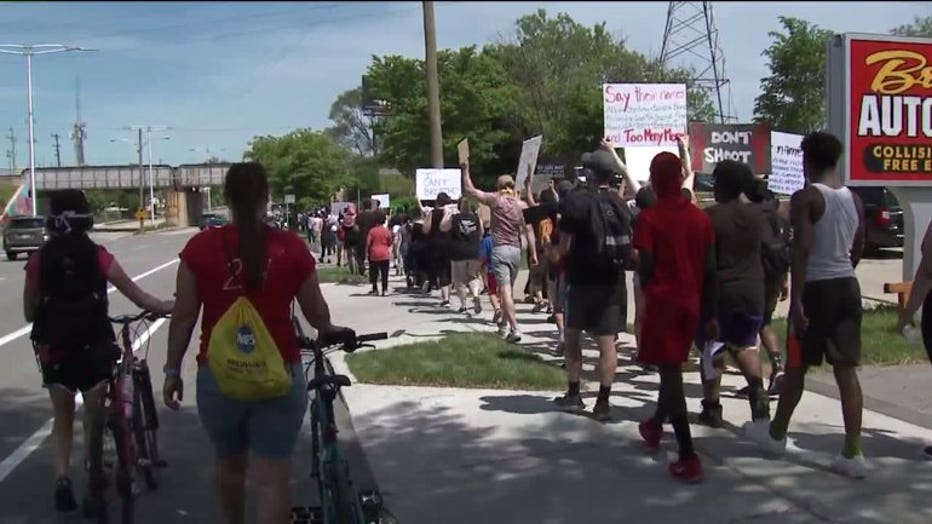 The peaceful protest last about one hour.