STOCKTON, Calif. — Remember "hot felon" Jeremy Meeks? His mugshot went viral after a police department posted it on its Facebook page, drawing attention from around the country. Now, he's been released from federal prison and is ready to start a modeling career.

Meeks was arrested in 2014 and sentenced to over two years in prison for robbery, gun possession and other charges. While he was behind bars, his now-infamous mugshot caused the Internet to swoon.

The felon was released on Tuesday, announcing his freedom in an Instagram post featuring his new manager Jim Jordan.

"I want to thank my family and everybody for all your love, support and prayers. I'm overwhelmed and grateful for what lies ahead," Meeks wrote.

However, Meeks isn't in the clear just yet. He will be staying at a transitional housing facility for a few weeks before he is a completely free, the Los Angeles Times reported.

“We have a lot in store regarding Jeremy’s new career,” Meek's manager Jim Jordan said in a statement to the LA Times Wednesday.

“There are a multitude of offers on the table. Jeremy is humbled and grateful and overwhelmed by the outpouring of love, support, and prayers for him and his family." 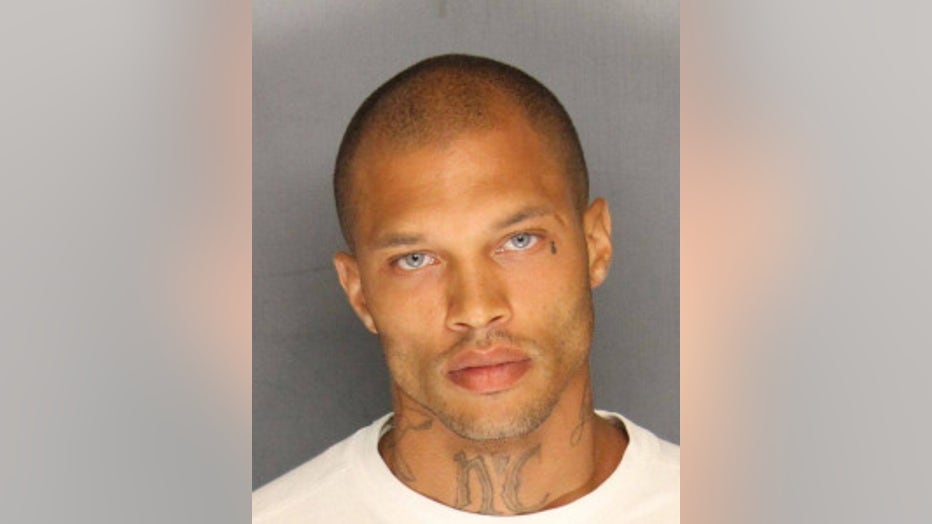 Meeks was labeled the "sexy felon," "hot convict" and "hot felon" after Stockton Police Department released his mugshot. His piercing blue eyes and chiseled chin even inspired the hashtag #FelonCrushFriday.

Meeks is married and has three children. After his mugshot became an Internet sensation, his wife was reportedly "furious" about the attention and how people were seemingly making a joke of Meeks' arrest and conviction.

While in prison, Meek kept his Instagram updated, thanks to his manager, with photos of him and his family. He has more than 27,000 followers.