Honoring the fallen ahead of Memorial Day

Honoring the fallen ahead of Memorial Day

UNION GROVE -- Volunteers placed thousands of American flags among the headstones at Southern Wisconsin Veterans Memorial Cemetery on Thursday, May 21 -- each flag a reminder of the sacrifices made as Memorial Day approaches. 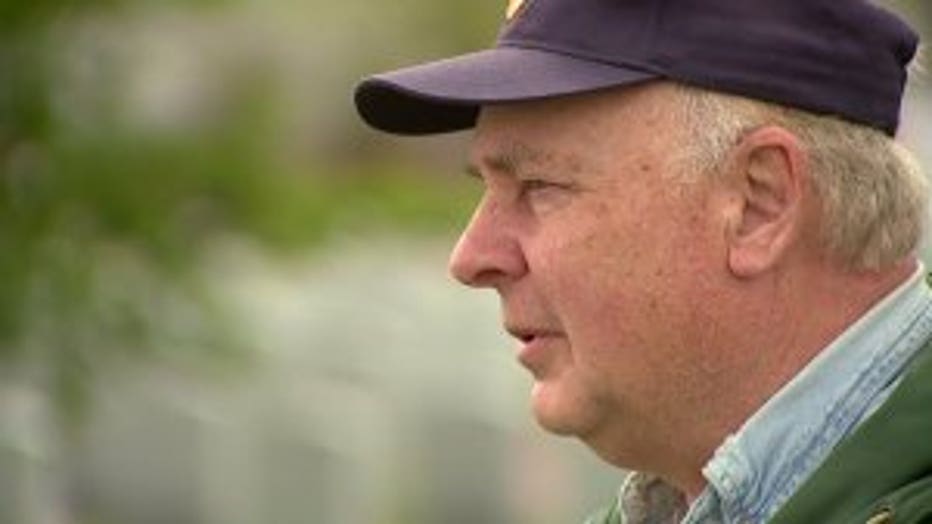 "All you see is flags," said Jim Lasken with the Union Grove Knights of Columbus.

In addition to each flag placed at the cemetery in Union Grove, the name of every person laid to rest there, was read out loud -- honoring each individual ahead of Memorial Day weekend.

"They served our country, that's the least we can do to honor them," Lasken said. 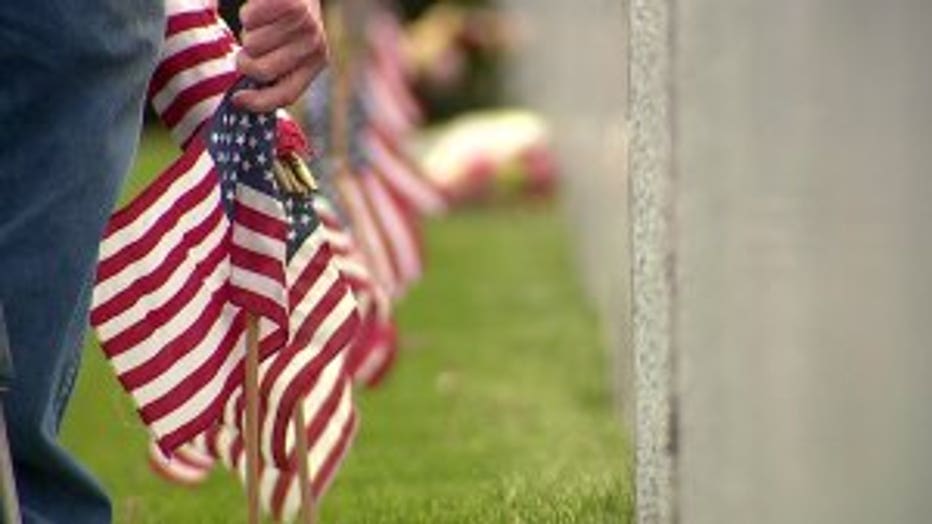 The group of volunteers is scaled back this year due to the COVID-19 pandemic -- just 10 people, Lasken said. The red, white and blue scattered among the headstones holds a place close to the hearts of those carrying the flags in memory of those who have been laid to rest.

"I was looking for Bill Howe, old friend of mine," said Randy Timms of the American Legion Riders Association.

"I saw a lot of my friends go into the army and into Vietnam and never came back," Lasken said. 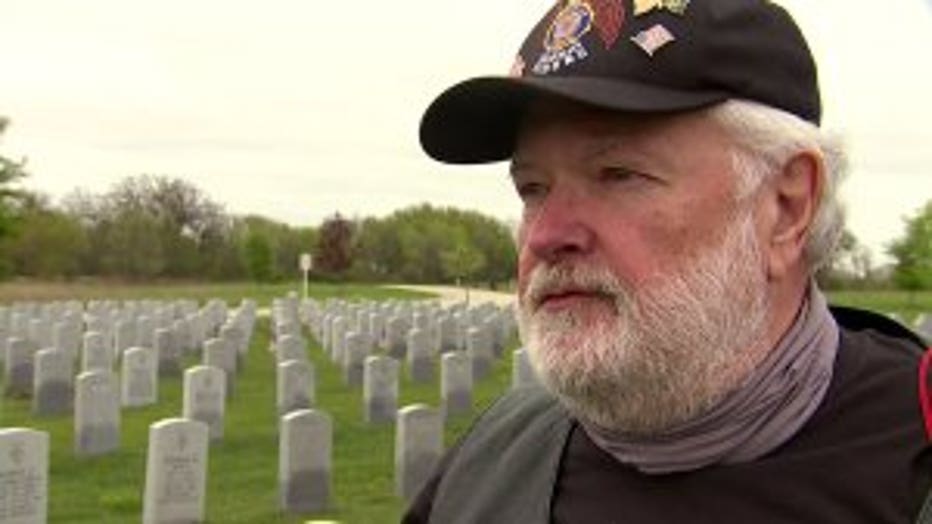 As the thousands of flags are stuck in the ground, each one is placed with a personal touch in remembrance to those who made the ultimate sacrifice.

"It's good to just show respect," said Timms. "Not only they were friends, but they were veterans, so it's good to be here."

The cemetery will be holding a virtual Memorial Day ceremony this year. CLICK HERE for more information. 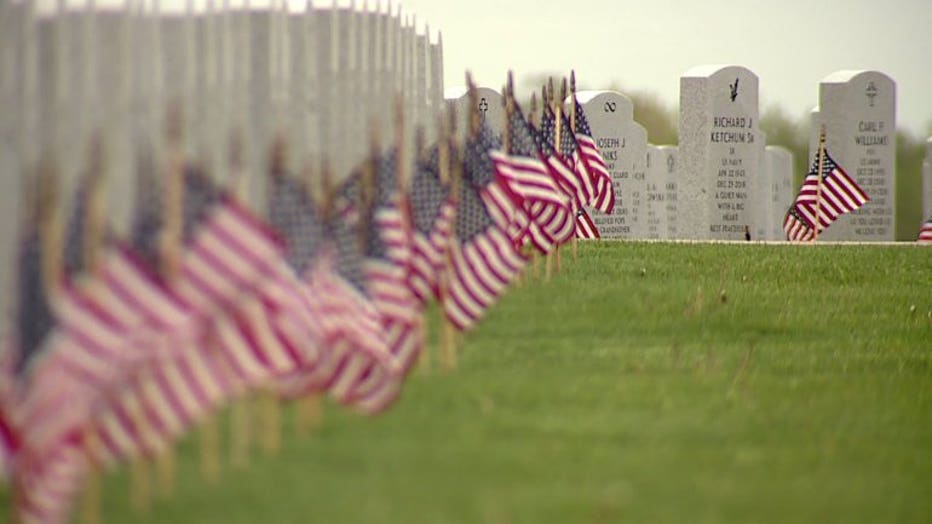