HONG KONG -- Hong Kong Customs officials on Wednesday, May 6 announced a record seizure of nearly 26 tons of shark fins with an estimated value of $8.6 million.

Two cases of the fins, some from endangered species, were seized at the Kwai Chung Customhouse Cargo Examination Compound on April 28 and May 4, officials said -- each case breaking past records by weight and value.

Customs officials said a 57-year-old man was arrested on April 29, the day after the first seizure. He was released on bail pending the ongoing investigation.

Under the Protection of Endangered Species of Animals and Plants Ordinance, any person found guilty of importing or exporting an endangered species without a licence is liable to a maximum fine of $10 million and imprisonment for 10 years, Customs officials noted in a news release. 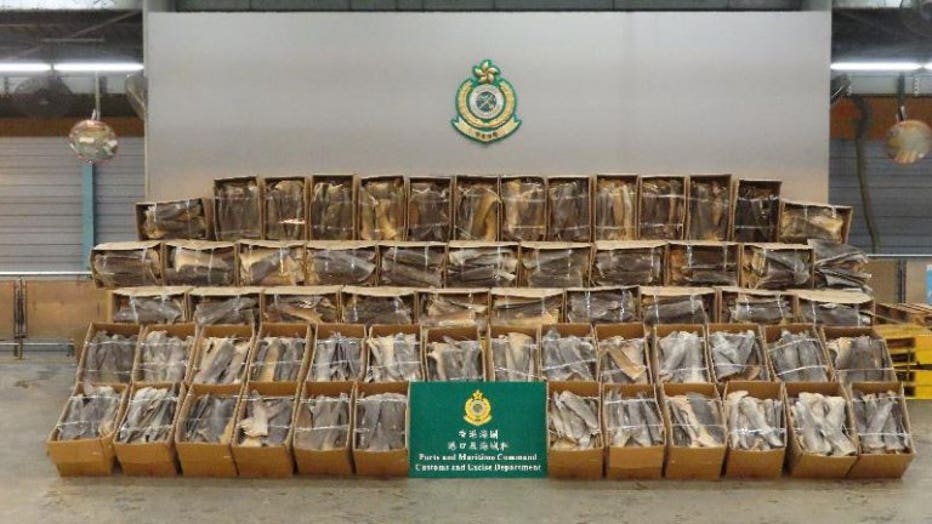