TOWN OF ERIN, Wis. - The well-known view from Holy Hill could be changing.

Washington County is considering building a communications tower not too far from the iconic church that, in fall, offers one of the most iconic views in the state.

Holy Hill draws visitors from across Wisconsin to the town of Eric each year.

"Those from the area have grown up with Holy Hill, and when we say Erin, the home of Holy Hill, people know where we are," said Maripat Blankenheim, town of Erin supervisor.

The view may soon include a 320-foot public communications tower. Washington County recently purchased a spot of land near the intersection of State Highways 167 and 83. The county could build the tower there without needing the town's approval.

"The location couldn’t be worse as far as the town of Erin is concerned," Blankenheim said. 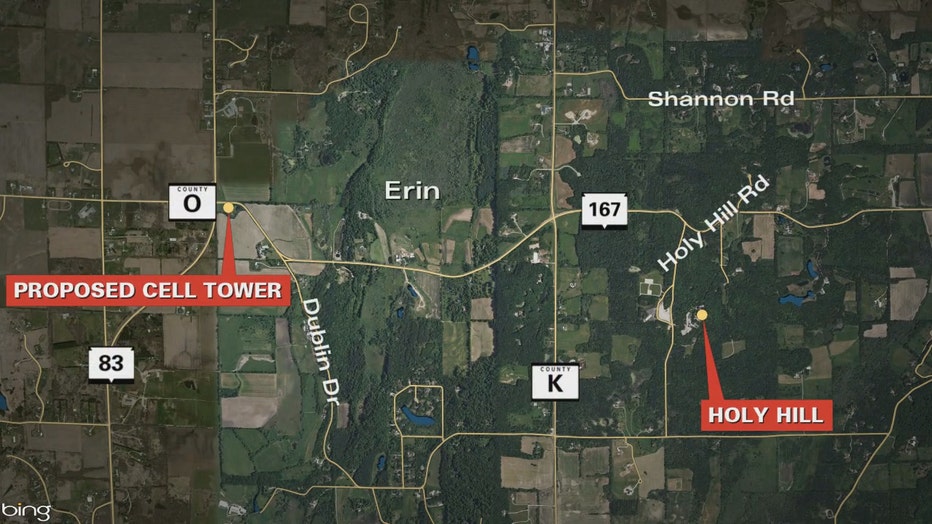 Washington County Sheriff Martin Schulteis answered questions at a public information session on Wednesday night, Oct. 27. He explained that the county could not agree to the location the town offered because of a disagreement over who would cover the costs of a potential lawsuit.

"All we’re trying to do is protect the taxpayers when we say, ‘(Washington) County, you if want us to take that risk, give you a tower on our property, we think you should pay – not our taxpayers,’" the town of Erin's lawyer explained. 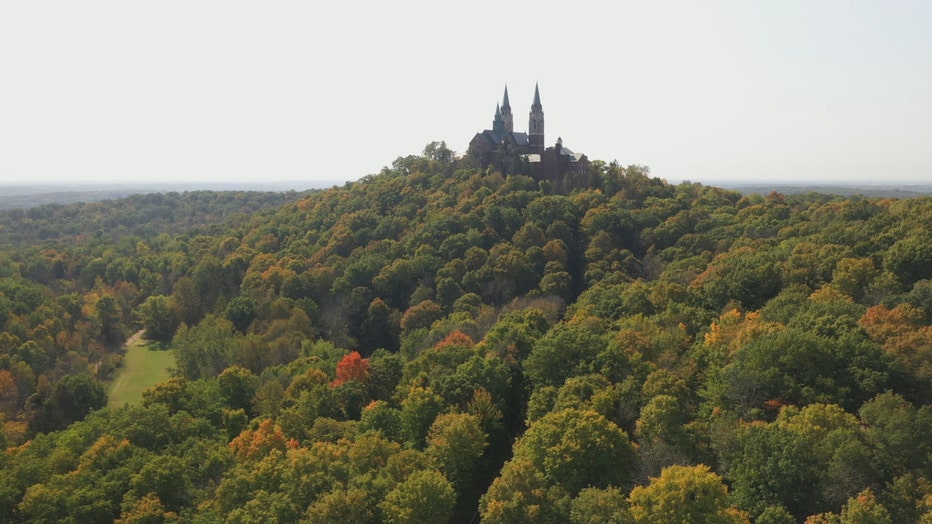 If an agreement can't be reached, the sheriff said they may have to begin building because it is a matter of public safety.

"It’s a countywide radio system, so it’s not only the sheriff’s office. It’s also every police department, every fire department, every rescue squad, every DPW truck in the entire county," said Schulteis. "There’s about 6.8 million transmissions on the radio system every single year, so it’s just very important to me that we have a reliable and sustainable system."

FOX6 News spoke with Washington County Executive Josh Schoemann on the phone Wednesday. He said he is open to renegotiating a different location with the town of Erin, but they are running out of time because environmental studies need to be done before the first frost.

Former Green Bay Packers quarterback Brett Favre has repaid $600,000 in Mississippi welfare money, a state auditor said. But he could still be sued.

Prices for food have gone up significantly in the last year, meaning it could be an expensive holiday season. The reasons are tied to the supply chain crisis.