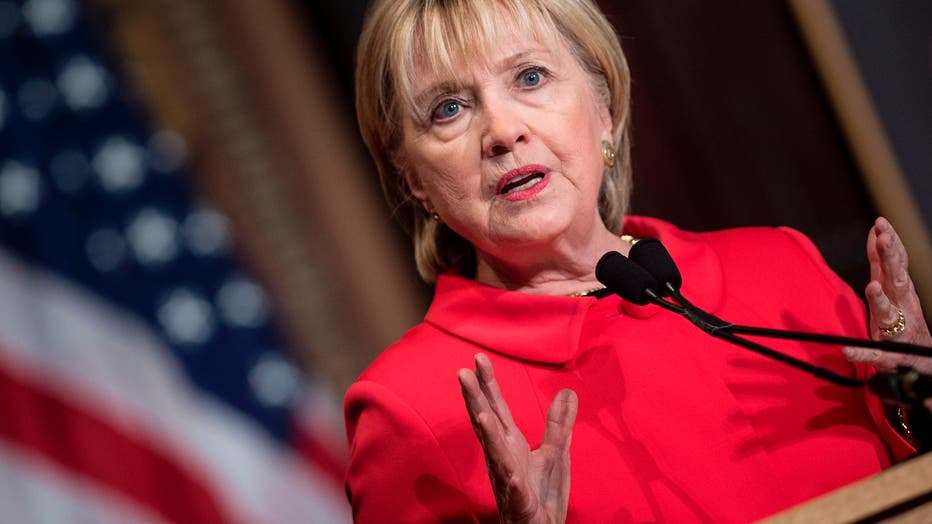 “As an American, I’m pretty worried”

In her first public interview since her historic presidential election defeat, Hillary Clinton in New York on Thursday expressed deep concern about Russia’s role in the November race — calling it an “act of aggression” — and threw support behind an independent investigation into any collusion between President Donald Trump’s team and Russian President Vladimir Putin.

“A foreign power meddled with our election and did so in a way that we are learning more about every single day,” Clinton told The New York Times’ Nicholas Kristof during a Q&A at the “Women in the World” conference.

That alleged meddling may have contributed not only to a “devastating” election loss for the former secretary of state, but to what she called a “more effective theft even than Watergate.”

Clinton’s comments come nearly three months after Trump’s swearing-in, and weeks after FBI Director James Comey announced that the bureau is investigating possible coordination between the Trump team and Russia during his campaign.

Clinton also spoke at the conference about what she called “chaotic functioning” within the Trump administration and the GOP — including the party’s failure to repeal the Affordable Care Act.  She also discussed her own well-being.

“As a person I'm OK,” she told Kristof. “As an American, I'm pretty worried."

Clinton isn’t the only one worried about Trump’s rumored connections to Russia. Congressional panels are also investigating intelligence reports that hackers, choreographed by Russian officials, intruded  into Democratic party networks to undermine the Clinton campaign.

In December, both the CIA and FBI announced that the hacking was, at least in part, done to help Trump secure an election win. Trump has repeatedly maintained that neither he nor anyone from his team that he knew of was in contact with Russia during his campaign.

But even as Trump doubled down on his counter-offense in February, cracks had begun to form in his administration. A definitive blow came with General Michael Flynn’s resignation from his post as national security adviser on Feb. 13, when it was revealed that Flynn had spoken with a Russian diplomat about sanctions before Trump’s inauguration. Flynn has since asked for (and been denied) immunity for his testimony about possible ties between the campaign and Russian officials — a request that even a senior House Republican said was “mysterious” and that “doesn’t look good.”

Claims of Trump-Russia collusion were given additional credibility when it emerged that Attorney General Jeff Sessions had interacted with Russian officials twice during Trump’s campaign when he was a senator — encounters he did not disclose when questioned about them during his confirmation hearing.

Following these revelations, Sessions recused himself from investigations into Trump’s campaign.

Will Clinton weigh in on Syria strike?

Clinton is expected to speak at an event on Friday afternoon in Houston for Annie's List, an organization dedicated to electing Democratic women to office in Texas. She’s maintained a fairly low profile since her November election loss, but some have noted that she has appeared “increasingly willing” to talk publicly in recent weeks.

Clinton’s commentary Thursday ventured deeper into politics, too; she may now use Friday’s appearance to weigh in on the U.S.’s recent military strike in Syria. On Thursday, she briefly discussed Tuesday’s chemical attack against civilians in Syria, allegedly conducted under the direction of the country’s leaders. More than 80 civilians — including children — died in the strike, and Turkish officials claim sarin gas, a nerve agent, was used. On Thursday, Clinton said that the U.S. should “take out” Syrian airfields to stop its leaders from committing other attacks; air strikes ordered by Trump after her remarks did , in fact, target Syrian air fields.

The strike authorized by Trump was the first time the U.S. has attacked Syria in direct response to its actions. Former president Obama chose not to strike without Congressional approval— though he did authorize airstrikes there later to fight the Islamic State militant group (ISIS).

In response to the attack, which reportedly destroyed Russian military equipment, Russia suspended a military agreement with the United States on Friday.