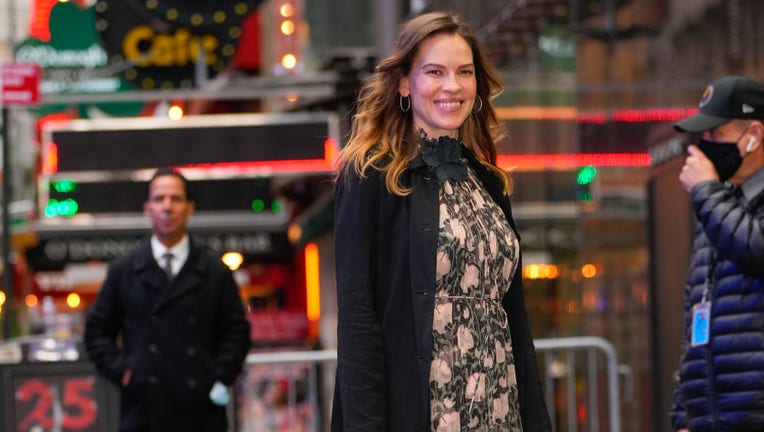 "This is something I've been wanting for a long time, and my next thing is I'm going to be a mom," the 48-year-old Swank said during her GMA appearance. "And not just of one, but of two... I can't believe it."

"It's so nice to be able to talk about it and share it," the actress continued.

In the meantime, she’s starring in the new ABC drama as Eileen Fitzgerald, a journalist working in Alaska. The show’s creator is Tom McCarthy, who wrote the 2015 Oscar-winning film "Spotlight" about the Boston Globe’s investigation of sexual abuse by Catholic priests.

Eileen Fitzgerald is described as a "recently disgraced" reporter who leaves a high-profile New York life behind to seek personal and professional redemption up north.

Indiana twins - a boy and girl - were born 30 minutes apart but in different decades.

Swank said that she met with McCarthy, who sent her a 2019 article called "Lawless" by Kyle Hopkins of the Anchorage Daily News. The article details failures of the criminal justice system in rural communities across Alaska.

"It was eye-opening, horrifying, all things at once, things you can't believe are happening," the actress said on GMA. "I was like, 'I want to be a part of this.' I want to shine a bright light on these issues, especially the missing [and] murdered Indigenous women that, I mean, no one's doing anything about."

Swank said that while she isn't a writer like Eileen, she relates because her character's goal as an investigative reporter is to search for the truth.

"As an actor, I'm searching for the truth in my characters," Swank said.