GRAFTON (WITI) -- If there is one place in the world you expect to have privacy, it's the bathroom.  But a FOX 6 Investigation finds more and more women are finding their sense of security shattered by hidden cameras in the most private places.

Local prosecutors say the problem is getting worse as technology makes the cameras smaller and more affordable for the average consumer.  In other words, you don't have to be a secret agent or private investigators to own a hidden camera anymore.  You can buy a high resolution video camera and self-contained recorder disguised as a ball point pen for less than it costs to fill your car up with gas.

In fact, hidden cameras are easy to find for sale on websites like Amazon, eBay, Craiglist and a host of websites that cater to private investigators and law enforcement, and specialize in sales of covert video gear. 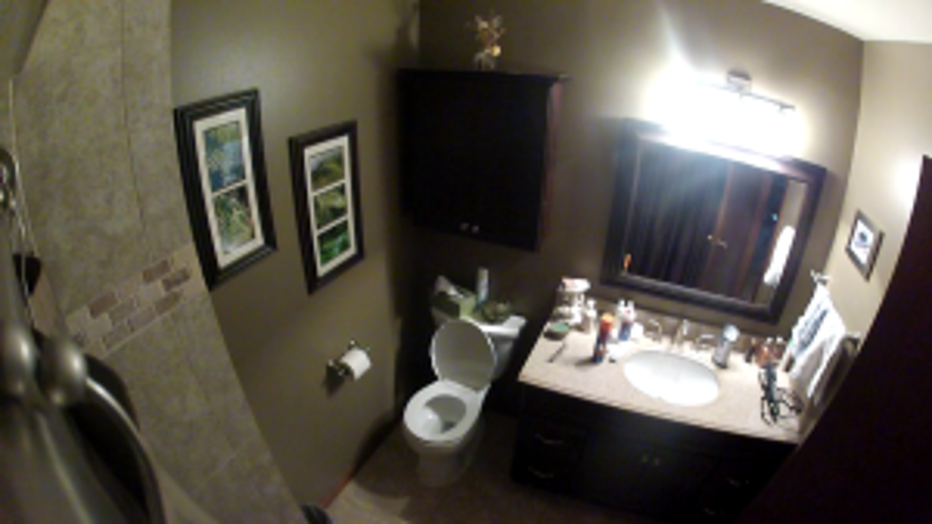 In Wisconsin, it's perfectly legal to use hidden cameras, as long as you're not violating someone else's privacy. It's a felony to record someone in the nude without their consent.  But prosecutors say that's happening more often.  And in many cases, the people caught doing it have no prior criminal record.

Jon DeBelak is a national champion barefoot water skier who was busted in 2012 for secretly recording video of a married woman as she undressed in his bathroom.  The victim?  His longtime water skiing doubles partner.

"She has nightmares about it," says Cory Krivitz, a competitive water skier who knows the victim well. 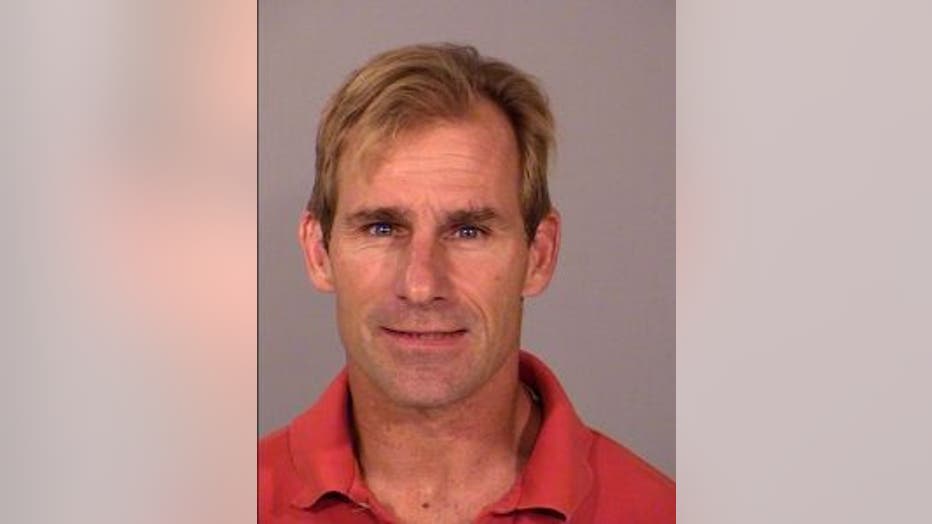 Jon DeBelak, convicted in two counties of invading the privacy of his water skiing doubles partner.

got a 10-year restraining order after learning she'd been spied on with hidden cameras.  One was made to look like a tissue box.  The other, an alarm clock.

"People would never look and think there is a hidden camera in that item," says Erin Karshen, an Assistant District Attorney in Milwaukee County who specializes in sensitive crimes.

DeBelak was charged with felonies in Dodge County for planting a hidden camera in his house on Sinissippi Lake, and Ozaukee County, for placing one in his parents' house in Mequon.  Court records say the cameras were used to record his water skiing partner as she changed clothes after practices.  She declined FOX6's request for an interview, instead asking Krivitz to tell her story.  He says she is still dealing with episodes of debilitating paranoia over being recorded without her knowledge or consent.

"Because of the paranoia and fear it causes problems with her day-to-day life and that is where the anger comes in," Krivitz says.

FOX6 tried to talk to Jon DeBelak about this, but when we showed up at his Grafton home with a video camera, he ran back inside.

"You don't like cameras shooting you without your consent?" calls FOX 6 Investigator Bryan Polcyn. 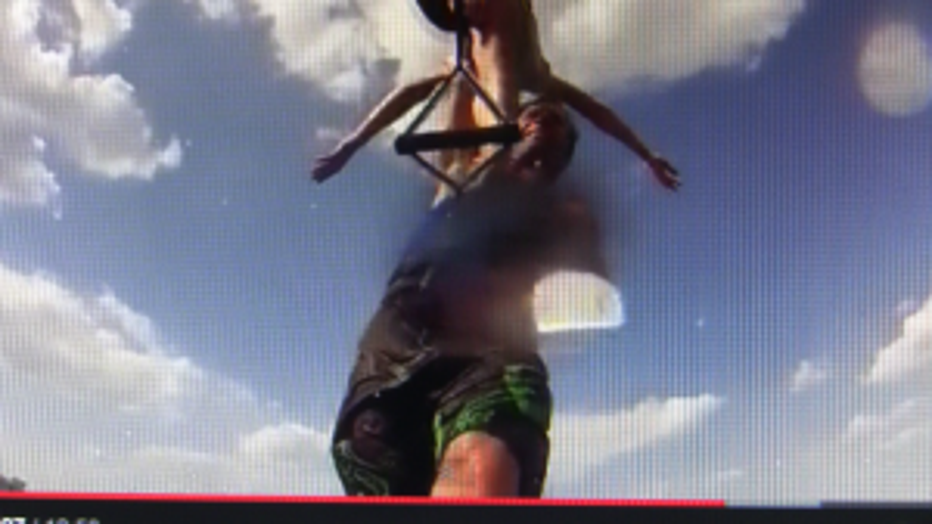 DeBelak and his victim were national doubles champions in competitive water skiing.

Of course, what DeBelak was convicted of doing is not really new.

"There have always been peeping toms," Karshen says.  "But , instead of using an iPhone 5, they were standing in a tree with a film camera."

Karshen says she is seeing an increase in hidden camera cases as technology has made cameras smaller and much cheaper.  Our investigation found several local cases in just the past couple of years, including: 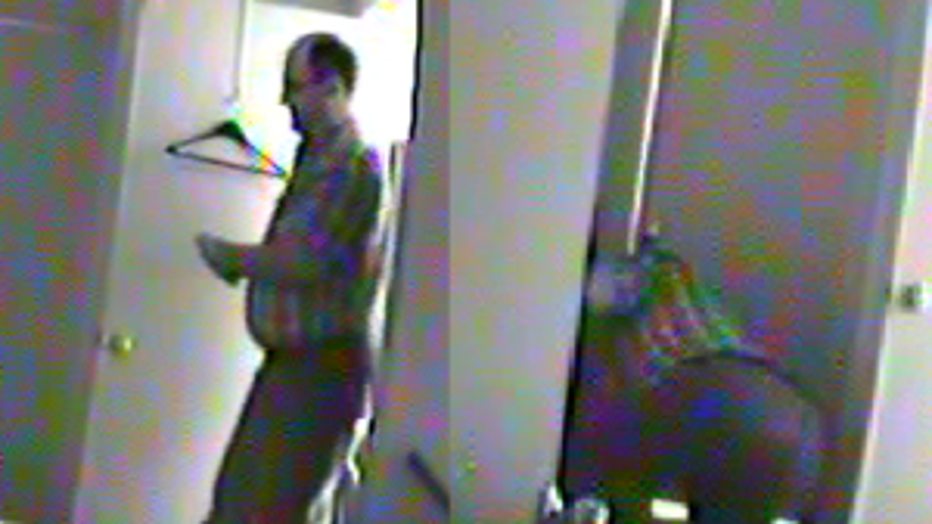 A Glendale police surveillance camera catches James Pirc crouching down and slipping a pen camera under the door of an office bathroom. Pirc was convicted of recording nude images of two women who worked in his building.

"They are mentally unstable and disgusting that they have to do this," says a woman who we'll call 'Julia.'  She was secretly recorded by another man during a modeling shoot when she was 17.  The photographer, Gary Millard of Oak Creek, had installed an elaborate series of hidden cameras all over his house, including at least one behind a 2-way mirror in his bedroom, where Julia would go to change outfits between shoots.

Julia didn't find out about the videos for years, until Millard's wife discovered the hidden cameras and videos, and police tracked Julia down.  The discovery had a traumatic effect on Julia's mental health.

"I would actually have nightmares a lot. Night terrors. My best friend said I was screaming in my sleep," Julia said.

Like many victims, Julia still can't shake the feeling those videos will surface again someday, on the internet.

"Did they really get them all?" she wonders, referring to police.  Karshen says that is a common theme for victims.

"There is an extreme paranoia because they don't know where these images have gone," Karshen said. 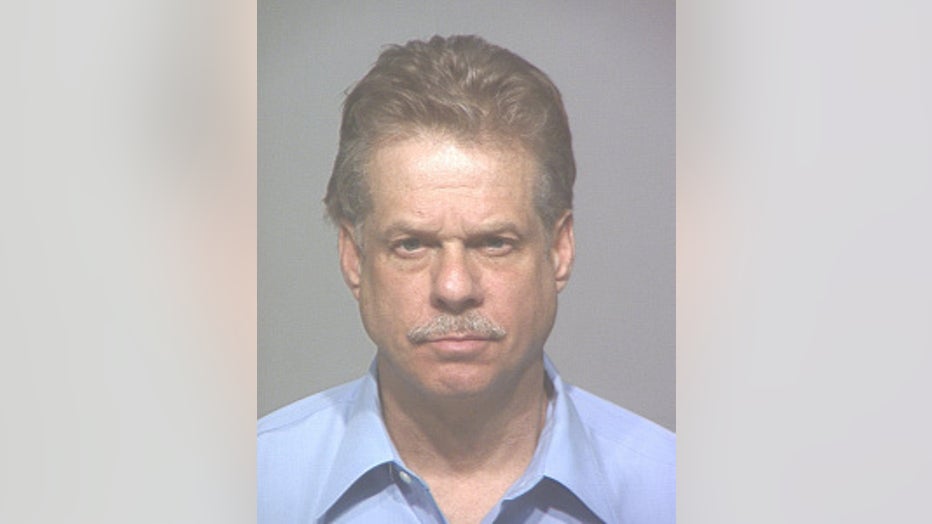 Gary Millard was convicted of recording nude images of a 17-year-old model during a photo shoot. Police say he had a system of hidden cameras throughout his home. He secretly recorded the victim as she changed clothes in his bedroom.

What's even more troubling for Julia is that Gary Millard is not a registered sex offender.  His crime occurred in 2002, when she was 17.  It wasn't until 2009 that Wisconsin law was changed to give judges the option to require video voyeurs to follow the rules of sex offender registration.

But even now, judges often opt to waive that requirement.  Of the five convicts mention in this report -- Millard, DeBelak, Nack, Noonan and Pirc -- only James Pirc is required to register as a sex offender.

Jon DeBelak is not required to register, even though he's a plumber** who makes house calls for a living.

"It is almost hard to fathom, you know?" says Krivitz.

It wasn't easy for Julia to sit in front of a video camera and tell her story.

"It took every ounce of me to be here and speaking out," she says.

But the message was too important.

"It needs to be done so that harsher punishments come out for these types of crimes," Julia said.

While most video voyeurs are charged with felonies, Jon DeBelak had his charges reduced to misdemeanors for invasion of privacy.  His attorney tells FOX6 he has never used hidden cameras in any way in connection with his business** and that he is a reputable plumber who poses no threat to re-offend.

**NOTE: "Jon" Debelak Plumbing & Heating is NOT affiliated with "Joe" Debelak Plumbing & Heating Company, Inc.  Joe DeBelak is Jon's father.  He once owned his own plumbing company.  However, the elder DeBelak has since sold his interest in the business to new owners, who kept the company name.  In a certified letter sent to FOX 6 News February 12, 2014, an attorney for the current owners says that Joe DeBelak's company "is in no way affiliated" with Jon DeBelak's company.  The letter expresses concern about "negative publicity" stemming from this story, that may be confusing to current customers.  FOX 6 News voluntarily agreed to post this disclaimer to aid customers in their understanding of the distinction between the companies.