NEW BERLIN -- New Berlin police busted a group of high school students who they say were responsible for stealing bass-shaped mailboxes. This group apparently called themselves the "Bass Hunters."

Police say the mailbox thefts date back to August. They recovered seven of the oversized fish mailboxes that began disappearing from the north side of New Berlin. Police busted the teens on November 30th when they saw a group of New Berlin West high schoolers tipping over trash cans, and the next morning, they connected those kids to the thefts. 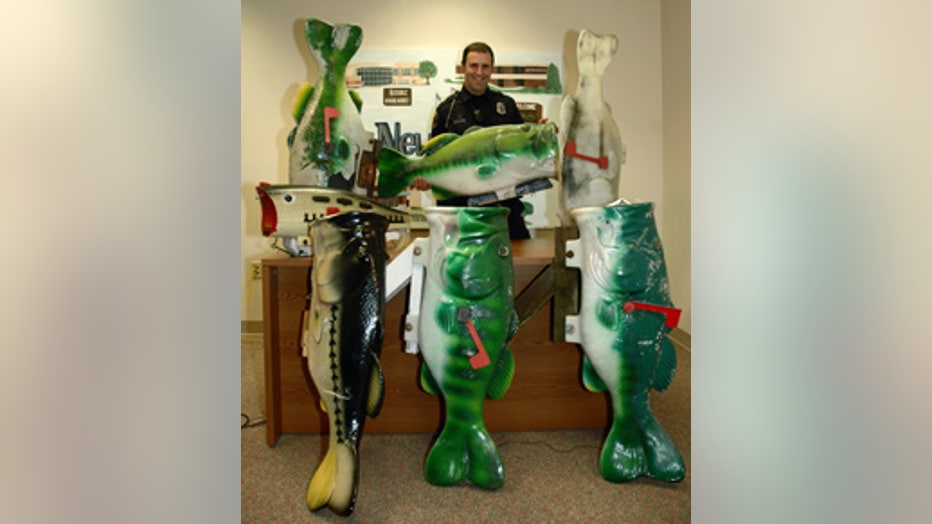 Investigators are now working to return the mailboxes to their owners. They're also reaching out to police departments in neighboring communities to determine whether they have seen similar crimes. Police say since the group was busted, more reports of missing mailboxes have been filed.

Brad Friedrich had a lure-shaped mailbox that went missing back in October. "It was a house warming gift. We just bought a house in March and we put it out there thinking we could trust people in New Berlin, but you just can't trust anybody I guess," Friedrich said.

Each of the students involved faces a fine of more than $400 for stealing, plus the cost the fish owners paid to have their mailboxes replaced. The group could also face some community service time.