Chase Smith, who is facing Ewing's sarcoma, a cancer in and around the bones, exchanged vows with Sadie Mills on April 29, according to a GoFundMe page.

"We haven't been without each other more than maybe like, a day or two since our first date," Chase told the Indy Star.

The pair, who attended rival high schools, first met in 2018 at an ice cream social following a swim meet, according to the newspaper. But it wasn’t until a year later that Chase asked for Sadie’s number and their romance blossomed.

Sadie told the newspaper that she loved Chase’s maturity and how he genuinely liked doing things with her, including going to church, the movies and talking about life and their futures.

"He was so sweet. He's very polite. He's a good Christian boy," Sadie told the Indy Star. "We just fell in love with each other's personalities. Now, he is all that matters to me." 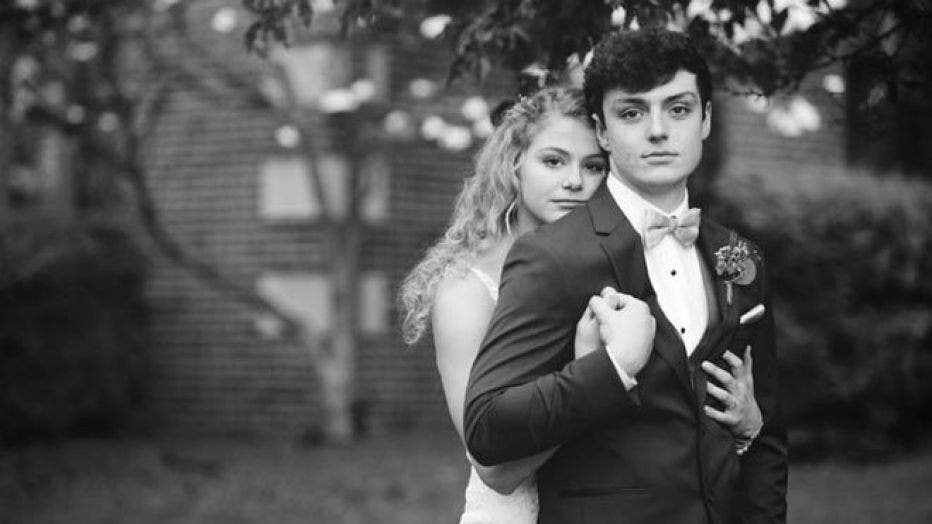 Chase, once a nationally-ranked swimmer, first received a Ewing's sarcoma diagnosis in 2014, according to the GoFundMe page. In 2016, Chase faced his second battle with cancer — and third bout last spring.