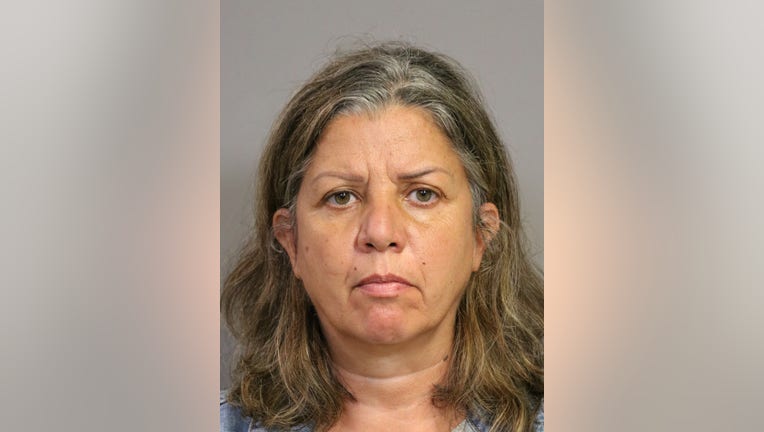 Rima Abikaram, 50, Fullerton, was arrested on Tuesday on suspicion of elder abuse after she was caught on camera striking 91-year-old "Jane Doe" while in her care.

In 2015, Abikaram, a friend of the victim’s family, was hired as one of two caregivers to provide 24-hour care for the 91-year-old woman, who lives in her Costa Mesa home and is confined to a medical bed.

Prior to the arrest, the second caregiver became concerned for the victim after noticing "Jane Doe" had sustained visible injuries and reported her concerns to the victim’s family.

Get breaking news alerts in the FOX 11 News app. Download for iOS or Android.

After that, police said that the family installed a hidden camera in the home to monitor the victim’s care. Ultimately, the hidden camera revealed Abikaram abusing and striking the victim.

After the victim's family fired Abikaram as a caregiver on August 18, they called CMPD to report the elder abuse.

During the investigation, video footage was reviewed and it was found that over a 4-day period, Abikaram struck the victim over 150 times. Medical reports showed the victim's injuries included swelling to her face, a black eye, and a laceration to her arm.

On Sept. 1, Abikaram was located at her home and arrested without incident. The case was then turned over to the Orange County District Attorney’s Office.