FRANKLIN -- Every day, they are on the front lines protecting our community -- not on two legs, but four. K-9 officers serve an important role within law enforcement -- and it's a job they must train for. 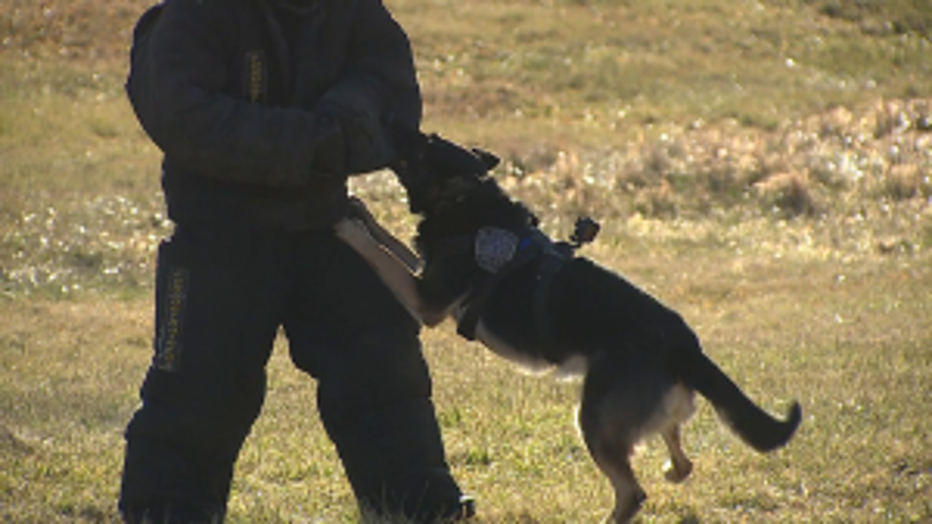 During a training scenario, Detective Holly McManus with the St. Francis Police Department moved toward a suspect.

As a conversation with the perpetrator turned combative, McManus called for backup. 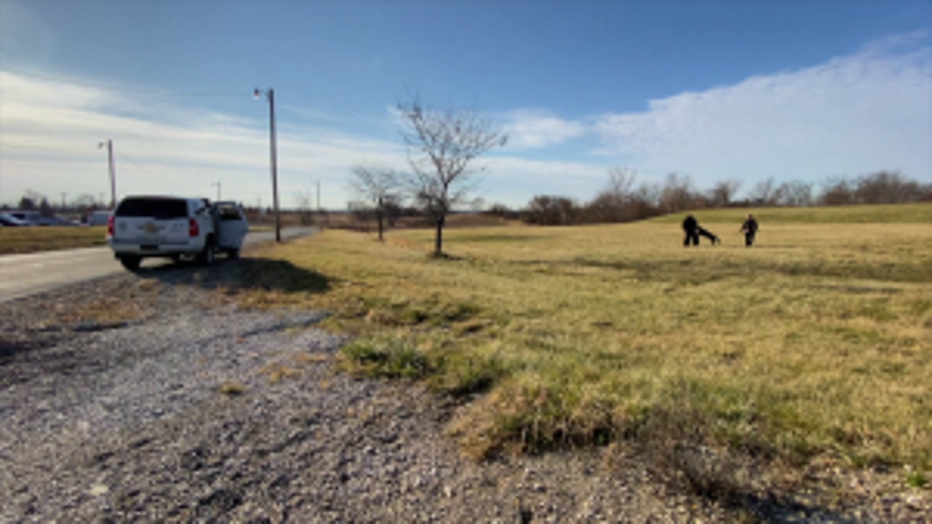 Her partner was close behind -- and responded at the click of a bailout button.

"Good boy, get him!" said McManus. "Alright sir, are you ready to go with the program now?"

Trained to defend and to protect, suspect apprehension is one of many scenarios K-9 Bane, and other K-9 officers practice. 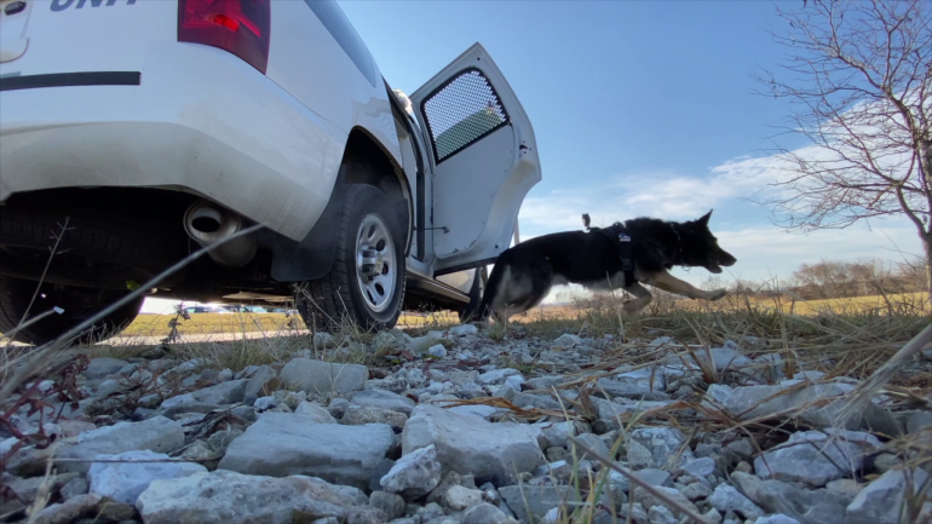 "He's there to keep me, officers, and the public safe," said McManus.

At 8 years old, Bane is both a narcotics dog and a patrol dog. He's also tactically trained to deploy with SWAT teams. 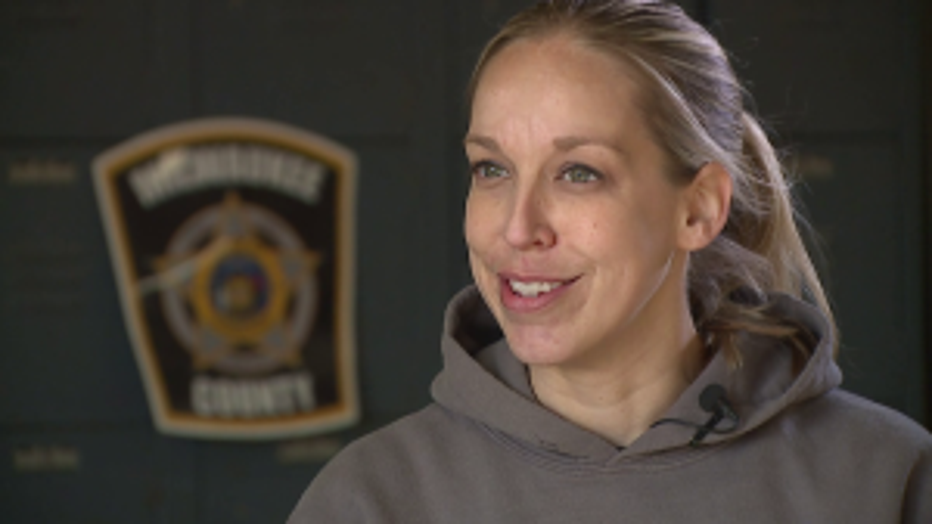 "The hardest thing, sometimes, is to know I may have to send him into a situation that isn't safe, that is dangerous," said McManus.

K-9 officers aren't only used on the street, but also, on the inside.

"One of the biggest things we want to do here is deter violence," said Lt. Jason Laird, supervisor of the Milwaukee County House of Correction K-9 Unit. 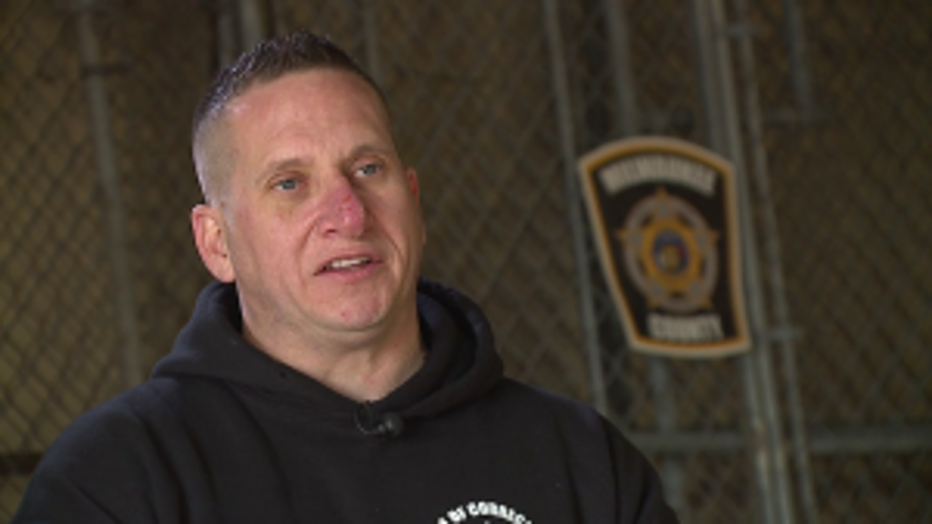 Lt. Laird oversees the Milwaukee County House of Correction K-9 Unit -- made up of 12 K-9 officers and their handlers.

All but one are German Shepherds. Then there's K-9 Huck -- standing out for far more than being the only Lab in the pack.

"He's the only people sniffing dog in the state that does this in the jails," said Laird. "Inmates are getting craftier and craftier in finding ways to get narcotics in."

K-9 Huck is specifically used to find contraband and narcotics. Putting him to the test, we simulated an inmate lineup. Two of us concealed narcotics-scented cloths -- and it didn't take long before Huck showed us who's boss. 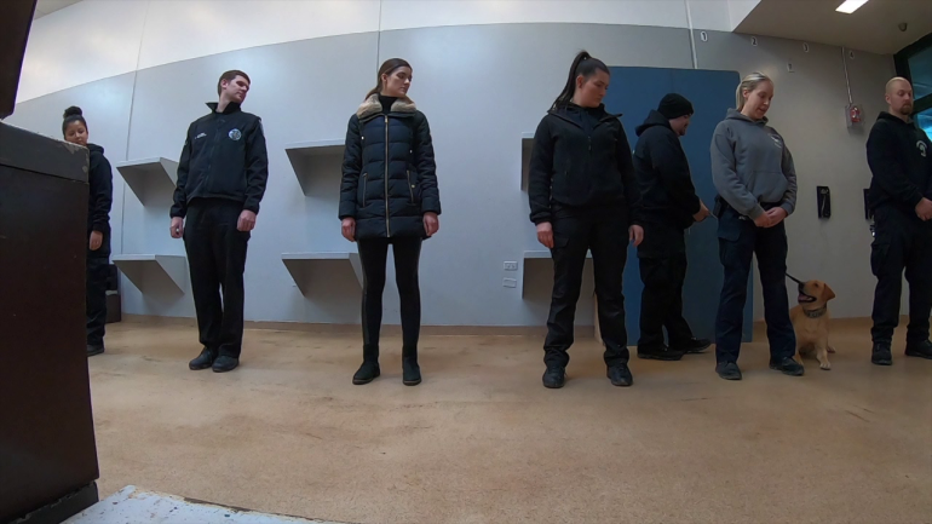 On average, K-9 officers train 12 to 16 hours per month, preparing for anything that might come their way on the job; however, behind the growl is a loyal protector.

"Law enforcement has gone away from the concept that dogs are used always for aggression," said McManus. 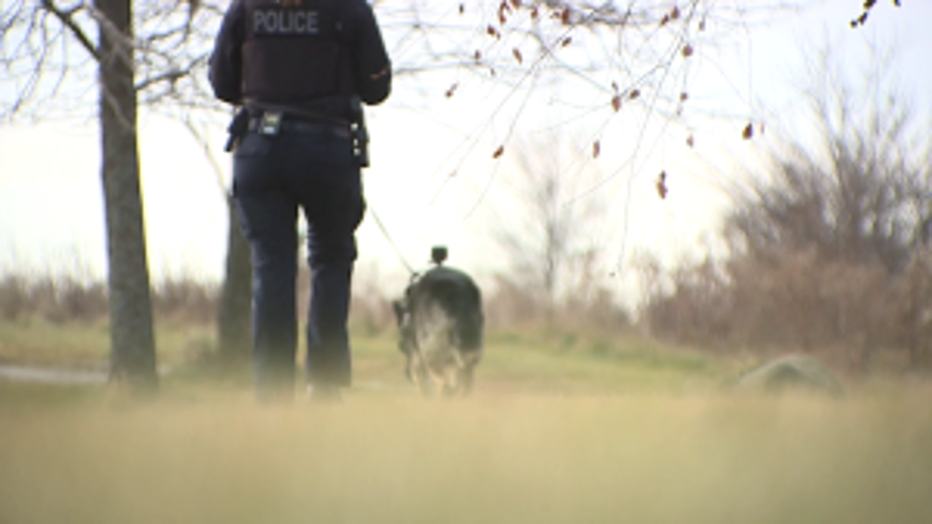 K-9s like Bane also help those in danger -- like missing children, and the elderly -- because just as much as he is protecting his handler -- he's looking out for you too.

"They bring home people safe, all the time," said McManus. "We want to connect with the community, and K-9s sometimes are the best way to do that because everybody loves them."

K-9 officers typically work until they're about eight to 10 years old. Come retirement, they become a permanent member of their handler's family -- living out their days like a normal dog.