Blood saved a Green Bay man`s life, but not a typical amount

Blood saved a Green Bay man`s life, but not a typical amount

Flight for Life paramedic Pete Brierton is used to handling blood, but he's usually putting it in people. 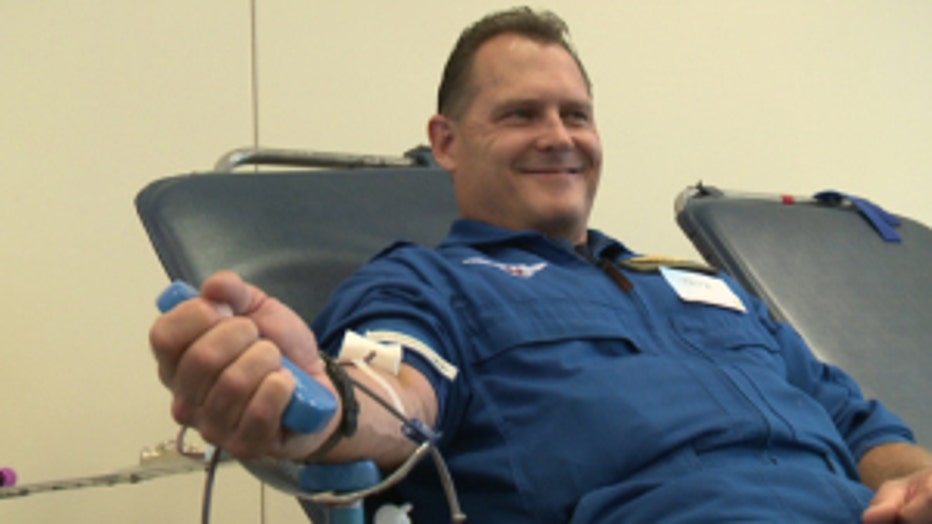 "It seems like it's coming full circle for us," said Brierton.

He and his flight nurse are both donating to the Blood Center of Wisconsin because of a call they received back in July. A farming accident, where the odds didn't appear to be in their favor.

"We had to stop at the blood bank at Froedtert and pick up a large cooler full of blood, which is very unusual," said Brierton.

When they got to Jason Pansier, who was trapped under a tractor for two hours, he had already received 80 units of blood -- and that was just the beginning.

"He received over 300 units of blood product. In all the medical personnel I know, none of us have ever heard anyone receiving anywhere near that much amount of blood product," said Brierton. 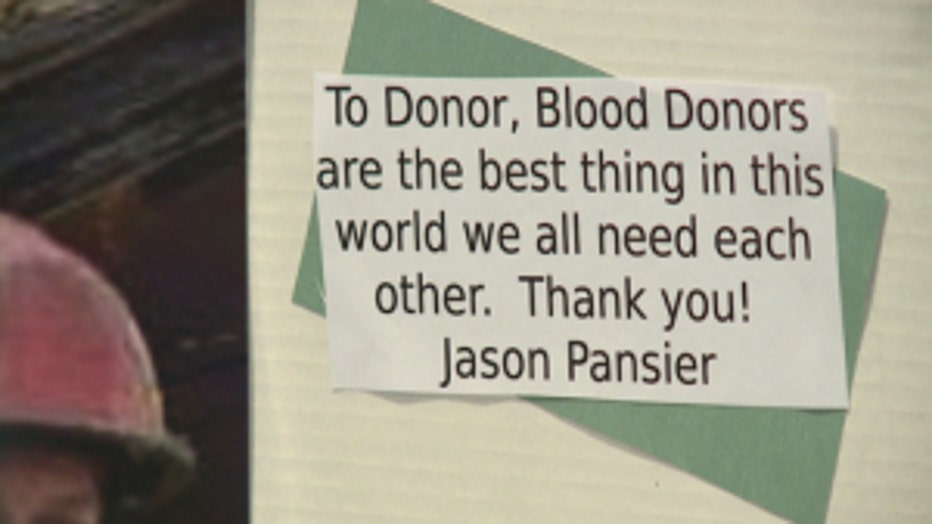 Thank you note from Jason Pansier

And she knows donors are to thank.

"I look at every donor and think, you saved Jason, just really want to go give them a hug," said Schlag.