MILWAUKEE -- Officials with the Wisconsin Humane Society's "Wildlife Rehabilitation Center" have provided an update on the Cudahy fox found with a rat trap stuck to its paw, and taken in for treatment on September 2nd.

The fox was moved outside this weekend, on Saturday, October 8th.

Wildlife Rehabilitation Center officials on Sunday posted video of the fox in his new outdoor home to Facebook, and said:

"Stress in captivity is unavoidable for wild animals, so we provide ample enrichment and hiding places to help reduce his captive-stress. You can tell from his anxious 'yawning' that he's not super comfortable in this enclosure yet, but so far he is adjusting well to his increased exercise space. Most exciting - checkout his full use of that healed foot!"

Wildlife Rehabilitation Center officials on September 22nd, for the first time, released a photo of the fox's foot. They were finally able to do so because it is looking "much, much, much" better than it did at admission, officials said. 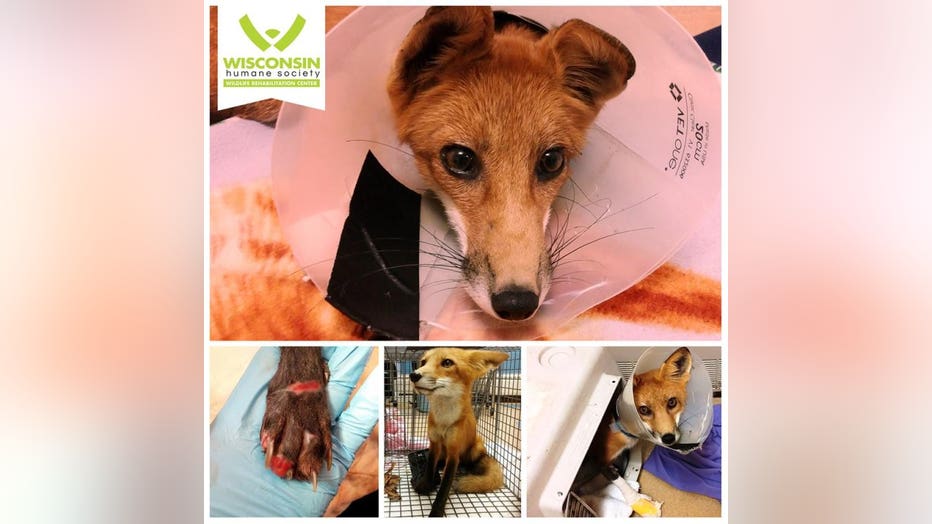 On September 27th, another photo of the fox's foot was released.

On the advice of one of the Humane Society's consulting veterinarians, they began applying honey to the lesions on his paw, and that is helping him heal. 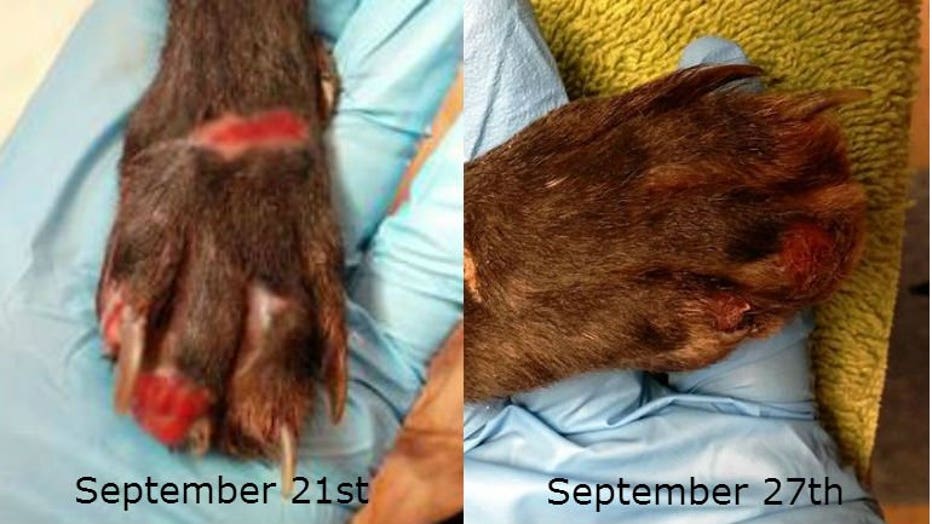 
"It was horrid. I wanted to do something so bad but there wasn't anything we could do," said Lierman.